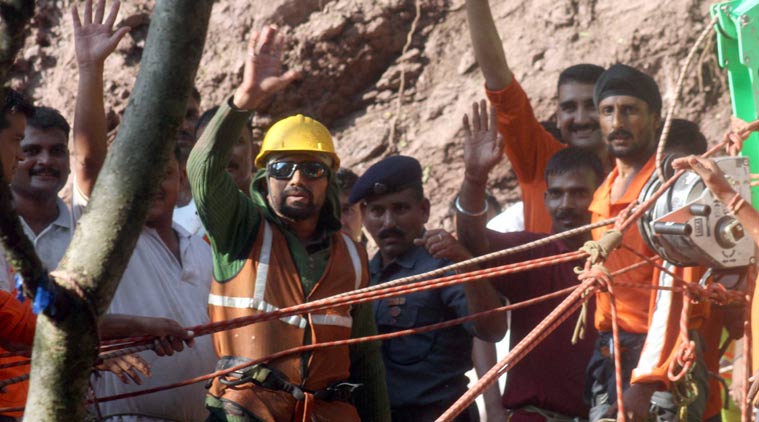 BILASPUR – Trapped in a 45 metre deep and nearly 100 metre long under construction tunnel, Satish Tomar and Mani Ram, who were pulled out from tunnel on Monday after 9 day long rescue, chewed soil and pieces of paper with water on the third day when they had lost hope about their survival.

“I used my mobile phone torch to survey the surroundings on first day when we were trapped after  a landslide blocked the tunnel. We noticed cardboards ,pieces of paper,soil and  a water pipe around us. We gathered everything and broke water pipe.Unfortunately breaking the pipe filled the surroundinds with water and we were compelled to climb on a machine which was parked close by,” Satish To ar who hails from Sirmour district said.

For first two days they just drank water and on third day They mixed soil with pieces of paper and gulped down with water.

“We gathered courage as this was a matter of survival.I prayed to the God and chewed soil and paper.We slept after eating this.But the nighmares scared me .I started missing family and friends and was emotional.However ,Satish consoled me and even entertained me with his jokes,” Mani Ram,who hails from Mandi district said. 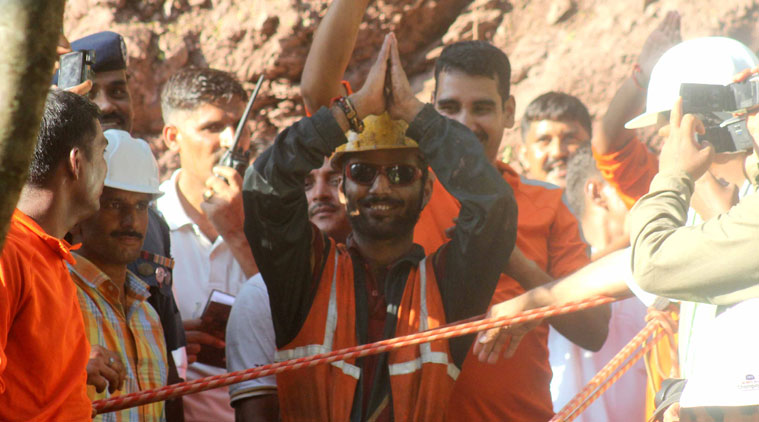 The rescued labourers said the activities like hammering,drilling sounds sprouted their hopes.They were overjoyed on fourth day when the saw a pin hole and witnessed natural light after four days.

“Fear of dying an unnatural death vanished when a small bulb reached 45 metre deep.We also heared a lady voice who was Deputy Commissioner mam.She consoled us and assured that we will be saved.Later eatabkes were also sent using a four inch pipe.They also sent a mobile phone loadedwith music.However the music was religious and I joked and said send something else as I am not old,” Satish Tomar said.

Though both the labourers appeared hale and hearty on Monday But  Mani Ram slipped into an emotional setback on next day.Satish who appeared a chatterbox on Monday started coughing -up. However ,the doctors said all this was a temporary side effect and the vital parametres of both the rescued workers were found ok.

Meanwhile, sharing their experiences about their 9 day ordeal in a dinghy,dark and stinking tunnel, Satish Tomar said despite the horrible 9 days and similar nights, he has a positive outlook about life and will not leave his present job.

“Working here is a fate and we will continue to work as usual.Disasters can strike anytime and anywhere. We are grateful to the God that we were finally rescued,” says Satish Tomar who earns over Rs 12000 as labourer. 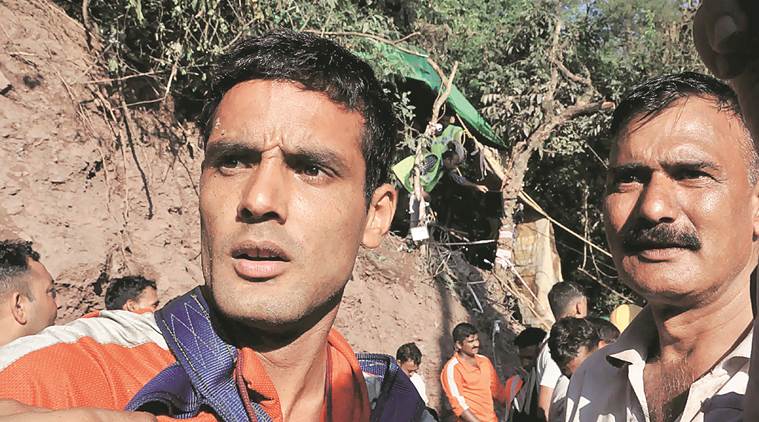 The real heroes of this operation are NDRF sub inspector Naresh Pal  who had on Monday morning first time entered the tunnel and constable Ashok Kumar Samota actually rescued both Satish Tomar and Mani Ram.

“I can’t tell you how many times Satish Tomar and Mani Ram embraced me for saving their lives.The tunnel was filled with waist-deep water and both the workers were standing at one corner of the tunnel. There was no sign of the third. I searched for him all over, but did not find him. The water was rising and some more portion of the tunnel collapsed,” said Samotia, who hails from Sikar in Rajasthan.

“Today, it is Diwali in our village. My family, parents and grandmother, are dancing over the news of my brother Satish’s rescue. It’s a rebirth for him,” said Vinod Tomar, an engineer, who had reached the rescue site on Sunday.

“All of us have been watching every scene on TV channels. There were moments of despair for everyone. But I am thankful to God and happy that Satish was brave and kept his hopes alive,” he added.

Vinod said officials told him that his brother stayed strong even under extreme pressure. “Sometimes, he recited poetry. He once asked the rescue team to arrange a shaving kit for him. ‘My beard has grown, I need to get a shave and look like a human being’, he told them,” said Vinod.

Meanwhile, the district administration on Tuesday said the rescued labourers will be under a medical observation till they physically and mentally return to normalcy.The construction company has compensated both with Rs one lac each.The state government has yet to announce its help to the poir labourers.
Image Credits : Indian Express

Virbhadra Singh CBI Raid case: Everything you need to know

St. Bede’s observes Hindi Divas with a pledge to promote language and its cultural heritage