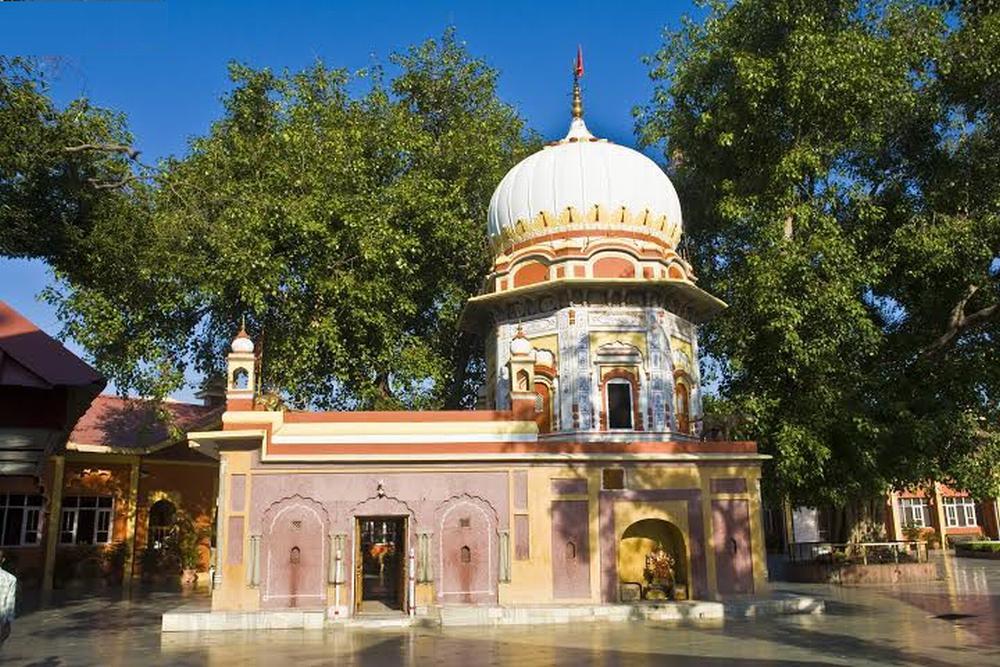 NAHAN: Haji Yakub Begg, 70 years and counting, slowly made his way up the steep, winding stairs of the Mata Balasundari Temple. With him was his long-time friend Naseer Mohammed Diddan.

This is routine for them. Today, they were checking on the arrangements for Navratra. The priest Sunil Sharma was busy with the daily puja. Nonetheless, he nodded, acknowledging their presence.

The temple isn’t new for the two. They know every stone that went into its making, every tree that covers the hill. It was they who built the temple from scratch — along with local Hindu community at the Shamsherpur Cantonment adjoining Nahan, where a man smuggling cattle was killed by a mob last week.

Twenty years ago, some wanted to build a temple here. But it was a barren hill,

said Haji Yakub Begg. An employee of the Himachal State Electricity Board and a resident of the cantonment, he reached to out several people for funds.

We started with just Rs. 2100. A road to the hilltop happened, but the hill was barren, the temple didn’t have “Parikrama”. I reached out to Naseer

That was when Mr Diddan, then in State Forest Department, joined in. Besides, planting over 1000 trees, he took upon himself to start a vocational class for women.

We started small with tailoring and beauty treatment course,

Mr Diddan said. Many of the 70 women they taught are running their own business today.

This was sculpted by a local Muslim school teacher who is no more and some Hindus,

Mr Begg said, pointing to the huge statue of the Lord Shiva at the temple’s forecourt.

As the puja came to end, Sunil Sharma emerged with the prasad. Along with other devotees, Mr Begg and Mr Diddan fell into a neat line.

After a brief discussion on the special hawan for Navarata, the two took a short walk around the temple.

See, how green it all looks today,

Some from my community asked us how we can come to a temple,

Our belief in Islam really doesn’t prevent us from being part of Navarata or Diwali or Jagannat Yatra,

he added, leaving a crisp note of Rs. 100 at the feet of the deity and doing a quick ‘salaam’ on his way out.

Missing Pakistani woman trapped in Himachal shelter home due to ignorance of Govt.