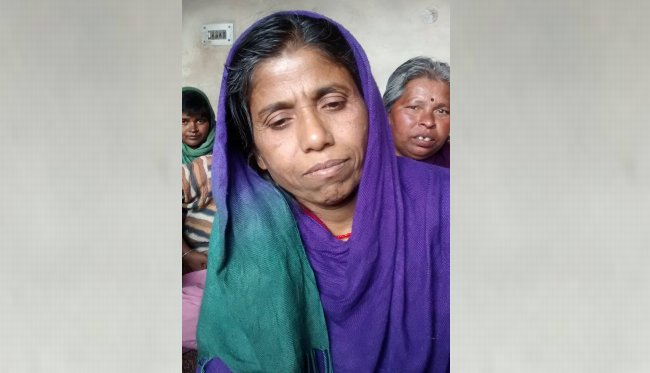 SHIMLA – Umang Foundation, a public welfare trust, has urged the Government of Himachal Pradesh to immediately inquire about a Muslim woman lodged in Nari Sewa Sadan, Mashobra since August last, who claims herself to be a Pakistani. Mahammada (45) says that she is from Mohalla Noorana, District Gujarat of Pakistan. But the Directorate of Women and Child Welfare of Himachal Pradesh which run the Shelter Home did not bother to verify the address as told by the woman.

Ajai Srivastava, a human rights activist and chairman of Umang Foundation, who had filed a PIL in the High Court of Himachal Pradesh in January this year to save the innocent mentally sick inmates of State run Shelter from gross violation of human rights, while addressing a press conference here today disclosed the story of Mahammada. He said that he visited the Shelter Home two days ago with Ms. Jyoti Gutam and Rhythm Goswami, both young volunteers of the Foundation to inquire about the well-being of the all the 34 inmates. There are a number of innocent women lodged in the Shelter Home who gives clues about their native places and kith and kin.
Mahammada was brought to the Shelter Home by the Police from Kasauli by the order of an executive magistrate. The Director of Women and Child Development stated that she belonged to Gujarat State of India.

When Ajai Srivastava communicated with Mahammada, she said told that she was from Gujarat. But he felt that her language and accent was not that of Gujarati people. When he asked about her mother tongue, she said it was neither Gujarati. In the record of the Shelter Home, her name has been entered as “Mamta alias Mahammada, w/o Rajaah, Mohalla Noorana, Gujarat.” She was admitted to the Home on 10th August, 2015 on the orders of the Director when she was presented before him by the police.

As per Police record, she was found in a rain shelter near Kasauli on 7th August, 2015 and Police brought her to the Director of Women and Child Development in Shimla on 10th August who sent her to the Shelter Home. But no one knew the Pakistani connection of this innocent woman.

When Ajai Srivastava asked her whether she was from the Gujarat State of India or the District Gujarat of Pakistan, she immediately smiled and gave a stunning reply, “Zila Gujarat, Pakistan. Main Pakistani hun Hindustani nahin. (I am a Pakastani, not Hindustani)”.

She repeatedly said that she was a Pakistani. She also said that she was married to one Mr. Rajjak when she was 20 and her nikah was performed in District Gujarat of Pakistan. On a question, she said, “Mere do bachche hain (I have two kids) – Raul (14) and Jamila(16) who live with her father in Bihar.” But she could not explain that how her husband lives in Bihar when she was married in Pakistan.

Mahammada says, “I don’t remember how I came to the hills. Police brought me to this Home.” She repeatedly said that she wanted to go to her home in Pakistan. Unfortunately the Directorate of Women and Child Development did nothing in the last two and half months to trace her roots. She offers namaz and says, I am a Muslim. But I don’t know why people call me by a new name Mamta? Srivastava also emphasized on the proper mental health check-up and counselling of the woman to enable her to reveal more about her background.

Interestingly, in its judgment dated 4th June, 2015, on Srivastava’s PIL on gross violation of human rights at Nari Sewa Sadan, the Division Bench of High Court comprising Justices Rajiv Sharma and Tarlok Singh Chauhan had categorically ordered the government that “efforts be made to find out the next kith and kin of inmates by constituting a committee by the Superintendent of Police, Shimla within a period of two weeks from today.” The committee was constituted but no serious efforts are visible by the government to trace the roots of the inmates, he alleged.

Himachal Lynching: It happened in same village where 2 Muslims had helped build temple