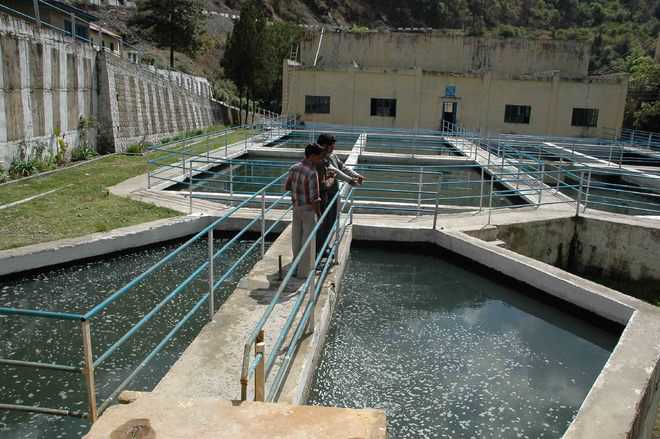 He said a detailed project report (DPR) amounting to Rs 220 lakh for Salli-Dairni-Rirkumar-Hathor Kuhal water supply project in Shahpur had been submitted to Nabard. The project for Police Lines, Dharamsala, had been completed at Rs 29.73 crore.

The Chief Minister directed a nodal officer to pursue the matter with Centre for releasing the remaining funds of various schemes.

He also directed officials to expedite the work on the channeling of the Pabbar in Shimla district, Chhounchh Khud in Kangra district, the Beas from Pulchan to Aut in Kullu and Seer Khud from Barchhwar to Jahoo in Sarkaghat.

He said the Centre had not released the Rs 107.80 crore second installment for the Swan channeling. The case had been submitted to the Central Water Commission, but the reimbursement of only Rs 9 crore had been released, he added.

He said a sewerage system would be extended to Manali rural areas for which DPR amounting to Rs 101 crore had been prepared. Stokes said a lift water scheme for Gharog Ghandal and Basantpur Kalvi Nadukhar villages was approved for Rs 105.53 crore.

IMCR to study causes for jaundice recurrence in Himachal: Nadda