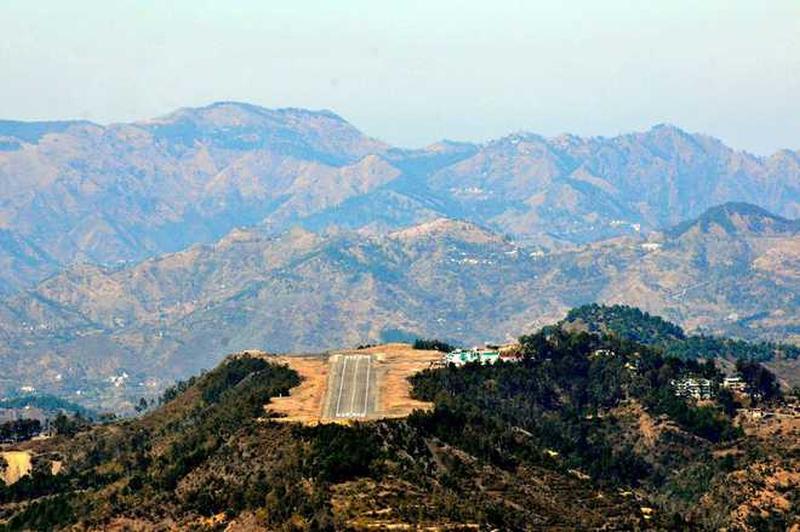 SHIMLA- The Supreme Court on Thursday asked the “competent authority” to tell it if it was going to ensure air connectivity between Delhi and Shimla as it hoped that there was nothing political about the issue.

Asking the “competent authority” to tell it before next date of hearing when it was going to start air connectivity between Delhi and Shimla, a bench of Chief Justice TSThakur, Justice R Banumathi and Justice Uday Umesh Lalit observed: “We only hope there is nothing political” in a reference to Himachal Pradesh is ruled by the Congress.

Dispelling the apprehension of the court about any political consideration being in play, Solicitor General Ranjit Kumar, appearing for national carrier Air India, told the court that there was no such thing as flights were operating from Delhi to Kulu and Dharamshala in the state.

The court was also told that government has included Shimla airport in category III airports thereby making it obligatory for private airlines to bring it on the map of their operations.

Under the licence conditions, private operators including Air India are obliged to operate 10 percent of their total flights at category I airports comprising metropolitan cities like Delhi, Mumbai, Kolkatta and others to category II airports at Lakshadweep, Port Blair, Srinagar and northeastern states.

At this, the court also sought details about the airports, both in categories I and II, where private airlines were flying.

Making it clear that it may pass order on starting air operations between Delhi and Shimla in the next hearing of the matter on May 4, the bench asked the Directorate General of Civil Aviation to issue directions to the private airlines to start flights to Shimla.

As Additional Solicitor General P.S.Patwalia, appearing for the civil aviation ministry and Airports Authority of India, said that they can’t give any directions to private airlines, the bench said:

You have issued guidelines, you enforce them.

The court also made it clear that its December 16, 2015 order putting on hold Himachal Pradesh High Court order directing Air India to start test flights between Delhi and Shimla would not come in the way of government asking private airlines to bring Delhi-Shimla route on the map of their operations.

Noting that Srinagar too have been included in Category II airports, Chief Justice Thakur how could Srinagar airport be equated with airports in northeastern states and Shimla.

How can you compare Srinagar with Shimla and North-East. Take out Srinagar (from category II airports). The very fact that you are comparing Srinagar with the northeast shows your intentions,

the court said pointing out that the situation in Kashmir had no bearing the status of the airport.

Contending that at one point Srinagar was comparable to northeast, Patwalia said:

We are not scared. We only wanted to respect the sentiments of the court.

He said that the including Shimla in category II airports was the best that could be done.

Seeing the court was insisting on bringing Shimla on the air map of the country, Patwalia urged the court to ask Air India to commence its operations as it had 42-seater ATR 42 aircraft.

But Ranjit Kumar told the court that Air India had three of these aircraft, one of which has got badly damaged and two others are in operation to Port Blair and the northeast and any diversion of flights would result in curtailing operations, to these areas.

He said all other private airlines had such aircraft and they could be asked to start Delhi-Shimla flights.