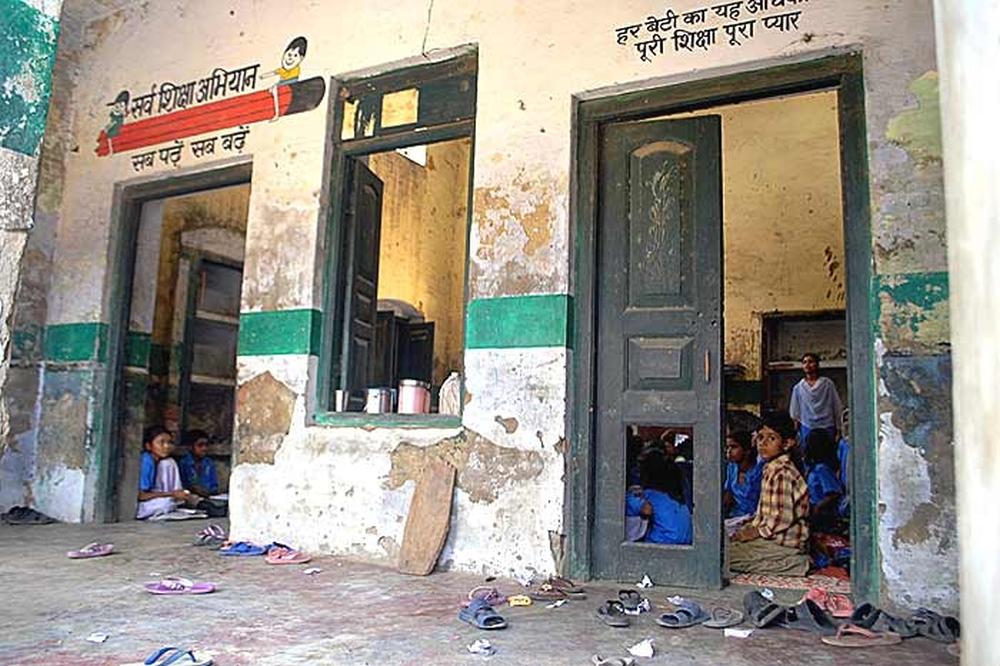 Due to CCE (continuous and comprehensive evaluation) we cannot fail students. Even if students do not attend classes, their names cannot be struck off the rolls

SHIMLA- Manju Thakur hadn’t seen it coming. In the results of the Himachal Pradesh Board of School Education declared this month, she scored 11 marks in science, 11 in maths and 7 in English. Only 20 of 122 students passed the Class X state board exams at Government Senior Secondary School at Pathiar, Kangra, where Manju studies. Seventeen others got compartments. Most of the students got low marks in science, maths and English, like Manju, daughter of a farm labourer.

Teachers would tell me she is good at studies,

Manju used to say the teachers are teaching well.

Manju’s sister Anjana, in Class XII at the same school, a walk of 1.5 km from their home, said her sister’s teachers had told her, too, that Manju was doing well. Anjana herself had scored 71 per cent in Class X.

This year, the highest any Class X student of this school scored was 53 per cent. It is one of 86 schools in Himachal Pradesh with a pass percentage 20 or lower in this year’s Class X and XII board exams.

Principal Mehar Singh, however, is not surprised.

The learning level of most students is not up to the mark,

Due to CCE (continuous and comprehensive evaluation) we cannot fail students. Even if students do not attend classes, their names cannot be struck off the rolls.

The principal said private schools don’t see high failures as they simply ask parents to take out a non-performing child. Many such children come and join government schools, he says.

After students complete primary classes, Class VI teachers find they don’t even know the basics like the alphabet or counting,

It is when they appear for the boards that their level of knowledge is tested.

Once among the top-ranking states on schooling and learning, Himachal presented poor results in the Annual Survey of Education Research (ASER) in 2014. Around 1.7 per cent of Class VIII students in rural schools could not recognise the digits, 15 per cent could not tell 10 to 99, and 21.5 per cent could do subtraction but not division. In English, 0.5 per cent students could not read capital letters, and 1.2 per cent failed with small letters.

Sudipto Roy, Himachal’s education secretary from 2000 to 2003, said the state was actually well placed to implement the RTE.

I was able to provide 90 per cent boys and girls access to school. The dropout level at the time was the least in the country,

he said. But doing away with the exam system proved detrimental, he said.

The only way to judge quality is examination. Unfortunately, examinations are not so important in the country any more.

The Pathiar school, set up in 1937, has 512 students now. Its science labs double up as classrooms. Of the sanctioned 24 faculty members, the posts of two Sanskrit teachers, one drawing teacher and two lab assistants are vacant.

Bucking the trend in this school, however, was Ranjit, son of a labourer. He scored 93 per cent in Class XII and has cleared the JEE (Main) cutoff.

I got guidance from teachers. I was determined to get good marks and I did,

DDU Shimla hospital throwing away donated blood, but not giving it to needy: NGO