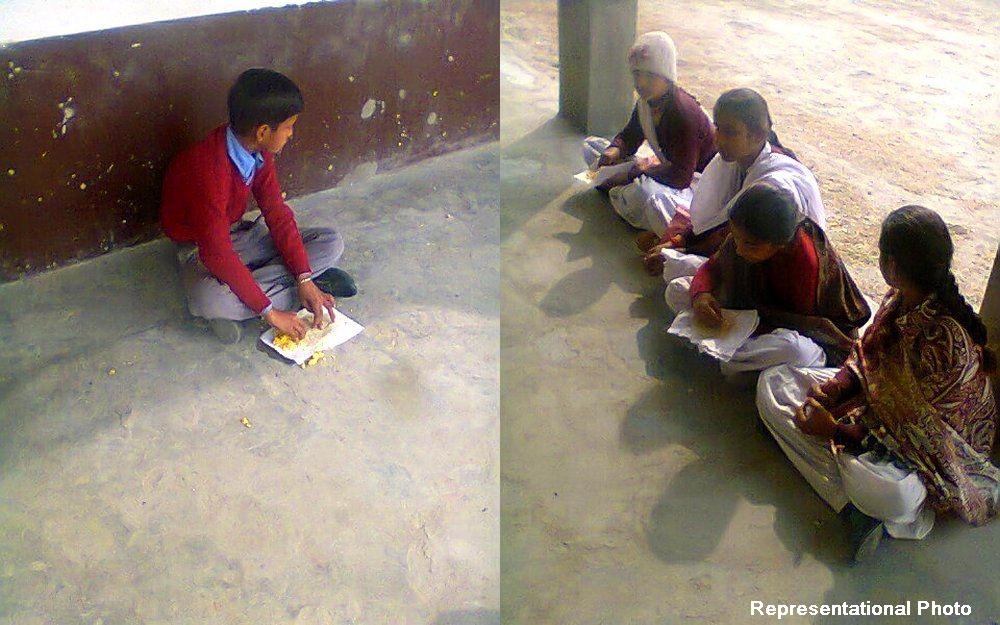 SHIMLA- The issue of discrimination with school kids on the basis of caste has surfaced again in Himachal Pradesh. Children of a government primary school at Moolkoti in Mashobra near Shimla were allegedly made to sit in separate rows as per their caste when they were served mid-day meals.

Taking note of these incidents, Himachal Pradesh chief minister Virbhadra Singh had directed the schools to serve mid-day meals to children as per the roll numbers to avoid caste-based discrimination, but several schools in different areas have ignored the directions.

Sant Sri Ravidas Dharam Sabha state president Karam Chand Bhatiya said they received a complaint about discrimination around five days back. Along with Mashobra’s ward-8 panchayat samiti member Shanti Devi, they took up the issue with Himachal Pradesh governor Acharya Devvrat and presented him a memorandum.

The governor also assured us to set up an inquiry on the issue. Some officials from HP directorate of elementary education reached the school for an inquiry, but no action has been taken so far,

He said after this incident was reported, people from Karsog and other areas have told them about similar issue. But these incidents don’t hog the limelight as these happen in far flung areas.

Even this incident was highlighted much later as some higher caste residents threatened dalits to stay quiet on issue or else face consequences,

Social activist and National Congress Party’s Shimla district president Ravi Kumar Dalit said it is not the Moolkoti school alone where teachers are discriminating with children, the practice of untouchability still exists in areas such as Junga, Rampur, Kotgarh near Shimla.

The incident was highlighted six days back, but no action has been taken yet. We want an FIR to be registered and the culprits practicing untouchability be punished,

Denying the allegations, Moolkoti school’s headmaster Mool Raj Verma said there was no truth in the claims.

An inquiry on the issue has been held. It will clear that we are not at fault and school has not practised any discrimination, he added.

Shimla deputy director (elementary education) Rakesh Vashishta said Mashobra block education officer (BEO) Pyare Lal Sharma visited the school after they receiving the complaint, but claims to have found any discrimination in the school after inquiry.

HRTC Delhi to Leh bus service: A 1045 kms long journey on a challenging terrain in 40 hours