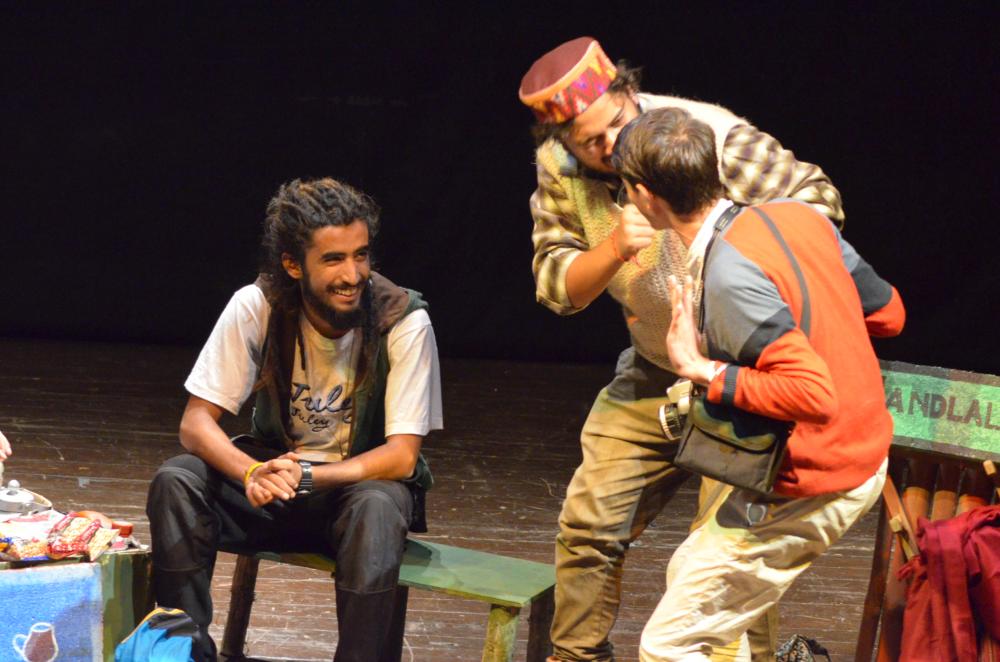 SHIMLA- Last week, on August 12-13, people in Shimla city got an opportunity to witness stories of two great writers, Anton Chekhov and O’ Henry, in the form of a play staged by Muskan – a trust for children education at the historic Gaiety Theater.

The play compiled of three different short stories- The Lady’s Story, Love, and The Last Leaf. Each story has a vast potential and is too promising for any literature lover. 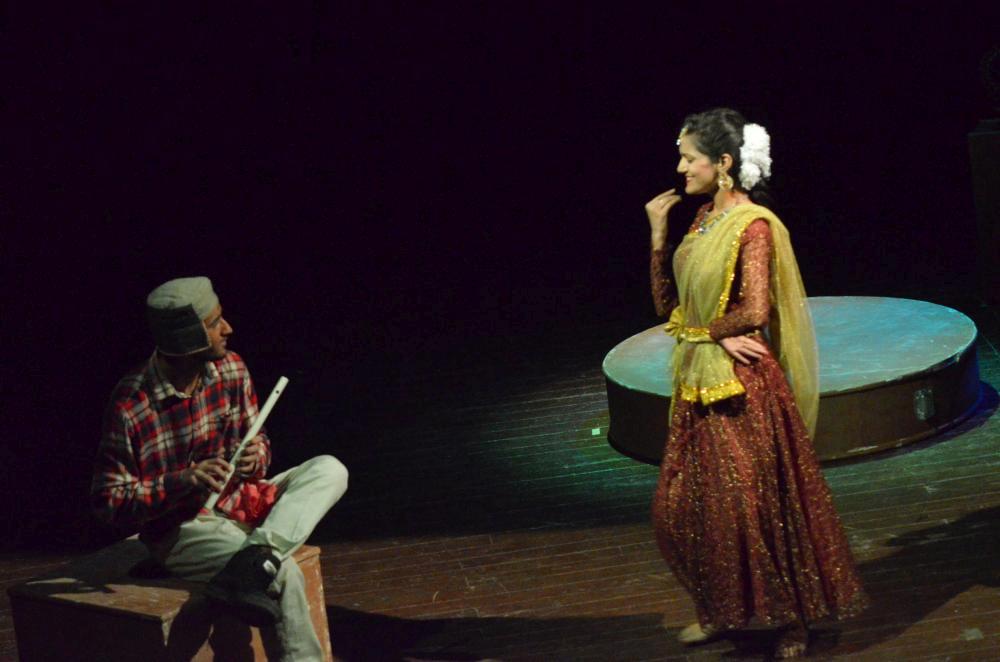 Muskan group gave a personal touch to each story and adapted it to make it more of phari culture or should say native tale.

The first story Navya based on The Lady’s story which is a tale of lamenting the passing of youth by allowing rank and wealth to come between her and the man which she very well might have loved. Natalya Vladimirovna real character realizes years later that she has wasted her life and says in original script I only have regrets. The story had a great potential and could have been executed in much better way. Navya instead of looking like some famous respectable dancer seemed more like cheap dancers in the initial appearance until she shares her story. 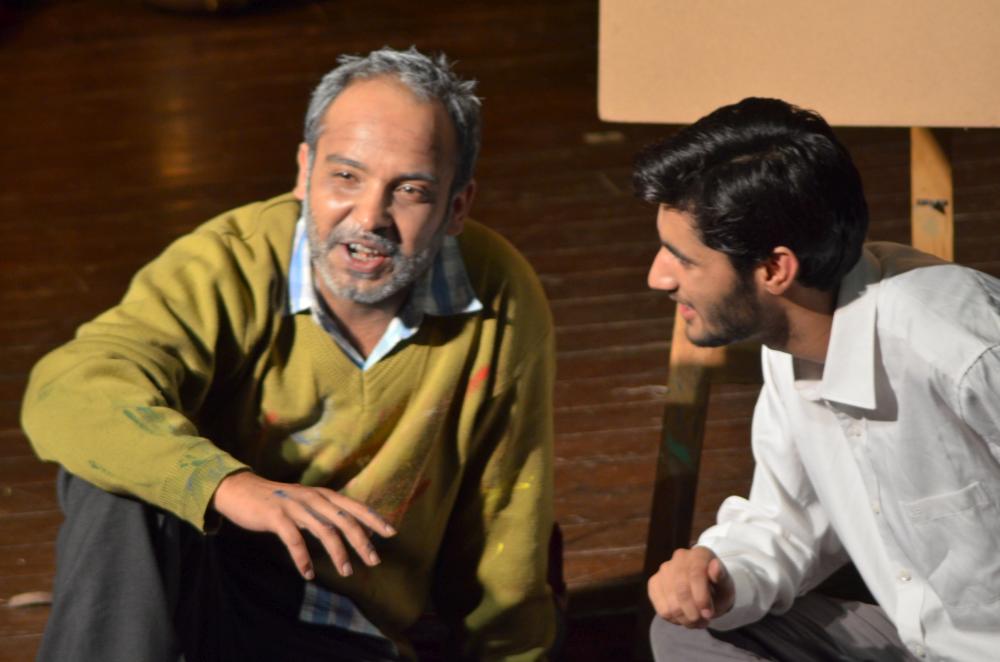 She is seen dancing with her beloved singing and he is playing flute in one of the flashback scene but the background did not even had a note of that instrument. The only expression the protagonist gave was raising and spreading her arms. Numerous times it seemed she was taking to the corners of the stage as she hardly has a straight look at the spectators.

Coming to second story Love – Showed feelings of a fussy young man who falls in love with a girl. The original script concludes

. . . I remember in my old Lovelace days I have cast off women for a stain on their stockings, or for one foolish word, or for not cleaning their teeth, and now I forgive everything: the munching, the muddling about after the corkscrew, the slovenliness, the long talking about nothing that matters; I forgive it all almost unconsciously, with no effort of will, as though Sasha’s mistakes were my mistakes, and many things which would have made me wince in old days move me to tenderness and even rapture. The explanation of this forgiveness of everything lies in my love for Sasha, but what is the explanation of the love itself, I really don’t know.

The story was very soft and clean and it showed how love can change all and there is nothing more important than the happiness of loved one. The execution of story was average as there is always scope for improvement. 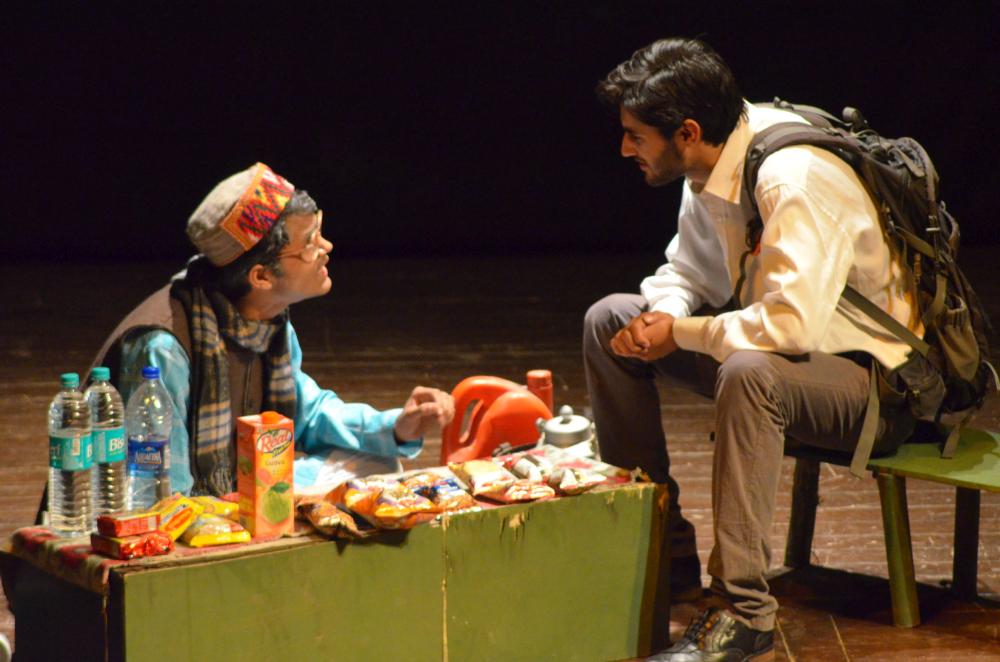 Last but not the least, The last leaf – a story of two female roommates and aspiring artists who live in Greenwich village. One of them, Johnsy, fells ill with pneumonia, and the doctor doesn’t give her much of a chance. Johnsy’s roommate, Sue, keeps watch over her and notices her counting. She asks why, and Johnsy replies that she is counting the

Leaves on the ivy vine. When the last one falls, [Johnsy] must go, too.

Soon, there is only one leaf on the vine, and Sue is in despair that it will fall, and Johnsy will die. She expresses her fears to the unconventional and often grumpy old man that lives downstairs, Mr Behrman. He comes up and sits with her for a while. The next morning, Sue opens the blinds to find the leaf still there, and Johnsy recovers. Later it is revealed that it was painted there by Behrman, who then, from exposure to Johnsy, and the cold, died of pneumonia at the old age of 60 years old.

The beautiful story got a Midas’ touch exactly the way king’s food got that is it became useless to satisfy the hunger. The play has complete phari touch man in local dress but the introductory music is western country song.

Unnecessary character is introduced as an artist who has nothing important to do other than add length to the play and have comic element with the local shopkeeper and photographer than the main old artist who dies in pursuit to save girl’s life.

The sister has a very casual approach towards the sick girl and the most miss match feature was a stranger who comes and later is informed to be a medical student. His appearance was that of a hippy and more apt to say that of a drug addicts looking for weeds in the hills. The comic element was no doubt good and made the story light by breaking the monotony and flat execution.

The soul of all stories was ripped out brutally with so much experimentation. In an attempt to shroud the tales with local veil team went way too beyond.