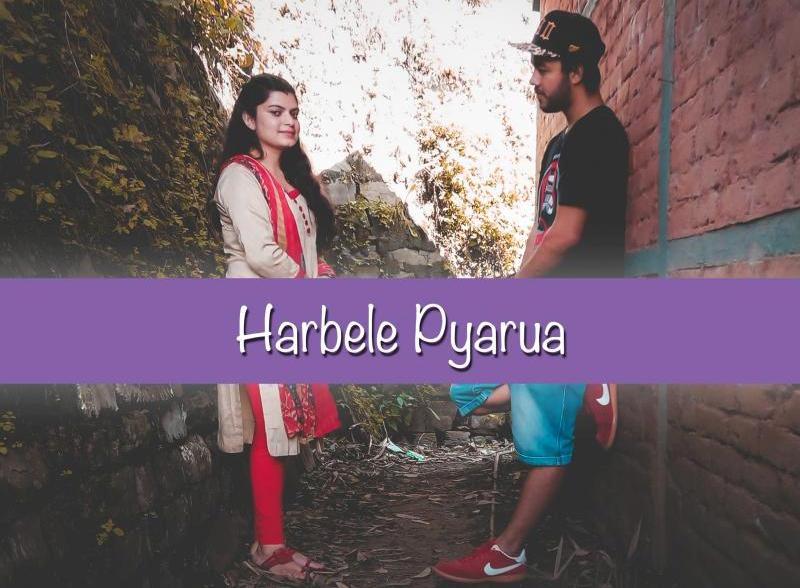 SHIMLA- ‘Harbele Pyarua’ music video-  first of its kind Chambyali folk-rap was released at the Second International Festival of Shimla. The unique fusion of the folk music of Chamba with contemporary rap is composed and sung by Manorama and a budding rapper Umesh Makta (Omi). Music video was produced by the NEWSENSE Productions, an amateur production house set up by the Department of Journalism and Mass Communication, Himachal Pradesh University to support media-arts endeavours of its students.

The song swept the listeners off their feet as the music established a new landmark in popularizing Himachali folk amongst the younger generation. The Deptt. of Journalism and Mass Communication now plans to promote the song on social media.

On the first day of the IFF Shimla, HPU students had showcased a short film ‘Peccent Pie and R-square’ that the students had produced.

Manorama, the lyricist of the song, said the song represents the story of a village girl who dreams to live her life in urban culture. But her husband is a poor man, totally dependent on agriculture income. “It is a very nice love story which we have conceptualized through our voice. We are hoping for association with Department of Language, Art and Culture, Himachal Pradesh after receiving warm response from the young listeners ”, said exited Manorama.

The song was also performed live by the cast during the two day extravaganza and rejoiced by the audience.

Similarly, Umesh Singh Makta, the composer the song said, “We have tried to bring out a village story in a modern way and the rap was best choice for it. I am sure that the listeners would love the video song. I am very happy to be a part of this song dedicated to Himachali listeners”, he said.

The Department of Journalism and Mass Communication is co-organising the second edition of International Film Festival of Himalayan Velocity.