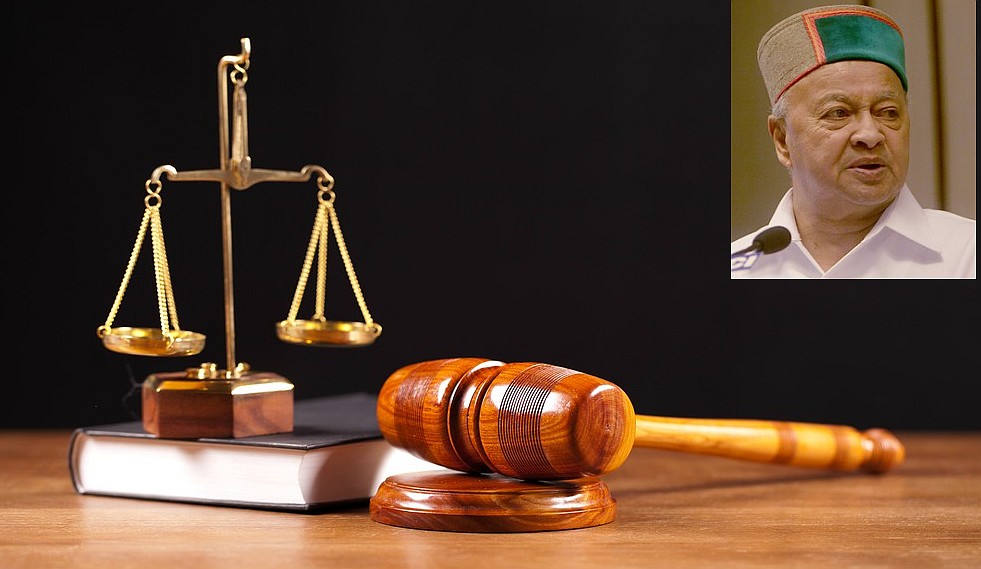 SHIMLA- Himachal Pradesh Chief Minister Virbhadra Singh, an accused in a disproportionate assets case along with others, claimed in Delhi High Court on Thursday that process of probe conducted suggests an “element of enthusiasm” on CBI’s part, which is indicator of an element of “malafide”.

His counsel, senior advocate Kapil Sibal, questioned CBI’s jurisdiction in registering the case and told Justice Vipin Sanghi that the court should look into the “ramifications” of the matter as  CBI’s probe might damage political career of the Congress leader. As per CBI’s case, all assets alleged to be disproportionate to the known source of income were in Himachal Pradesh and the agency should not have lodged the case in Delhi, on the basis of the fact that his client was then a union minister here.

The manner in which probe was conducted (by CBI) shows an element of enthusiasm which would not have been there in normal circumstances. That is why a court-monitored mechanism is essential. There is an element of malafide in the matter,

He also suggested biasedness of CBI based on the political party which is in power in the Centre or the state.

Sibal said CBI had conducted first preliminary enquiry (PE) and thereafter sought to close the case, but later it carried out a second PE on the same set of facts which were dealt with earlier. He argued that the check period in a DA case “cannot give CBI the jurisdiction to lodged a case here” as jurisdiction would be made out at the place where the offence is alleged to have been committed.

There must be a court crafted roadmap in such matters What will give you (CBI) jurisdiction is the place where an offence is committed,

Sibal said during the arguments which would continue on September 23.

CBI had earlier told the high court that its probe in the DA case against Singh and others was “complete” and it wanted to file the charge sheet in the matter. The Himachal Pradesh High Court in an interim order on October 1, 2015, had restrained the agency from arresting, interrogating or filing a charge sheet against Singh in the case without court’s permission.

During the hearing today, Sibal also asked how CBI could register a PE without taking any consent of the state.

This means the CBI will start conducting a PE without anybody’s consent. They should have reported the information received by them to the concerned authority in the state, he said.

Court has to look at the ramification of this probe. They (CBI) can keep on doing the investigation my (Virbhadra’s) political career may be finished,

To this, the court observed

History has shown that no politician has been indicted due to prosecution.

I (Virbhadra) am not saying that I am immune. What prevents the state from investigating me? This is not a case of corruption.

The direction had come when the court was disposing of CBI’s application seeking vacation of the Himachal Pradesh High Court order, which, the agency claimed, had “seriously held up” its investigation in the case.

On November 5 last year, the apex court had transferred Singh’s plea from Himachal Pradesh HC to Delhi HC, saying it was not expressing any opinion on the merits of the case, but “simply” transferring the petition “in interest of justice and to save the institution (judiciary) from any embarrassment”.

CBI had moved the apex court seeking transfer of the case to Delhi High Court and setting aside the interim order granting protection from arrest and other relief granted to Singh. A DA case was lodged against the Chief Minister and others by CBI under sections 13(2) and 13(1)(e) of the Prevention of Corruption Act and section 109 (punishment for abetment) of IPC.

‘SDM Saheb’ common man’s time is valuable too, don’t take it for granted