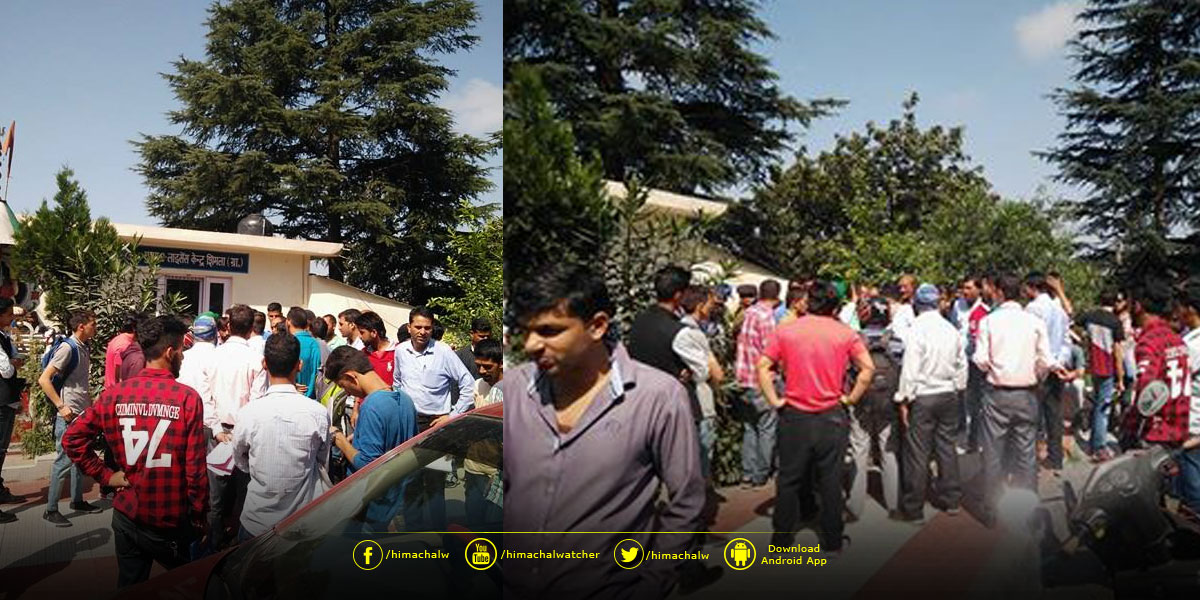 Apathy of SDM Shimla (Rural) and MVI, didn’t show up at driving test site while hundreds applicant put on hold, spend the day waiting for about 4-5 hours

SHIMLA-In what people alleged as a disgraceful gesture, SDM Shimla (Rural) Gyan Chand Negi and Motor Vehicle Inspector or any other official didn’t show up to conduct driving test scheduled on September 15, 2016. About 200 applicants waited for over four hours because they weren’t provided any information about cancellation at all. Applicants had to call up the SDM office. They were told the test was cancelled. Candidates included people who were applying for license, renewal of license, and upgrade of LMV license.

As per official notification, trial was scheduled to start from 9 AM near Taradevi in Shimla. However, applicants were kept on hold by assuring arrival of concerned officials by 10 AM or so. After a wait of hours, anger burst out among frustrated people who then shouted slogans against administration to express it. Still, no official bothered to attend to the people in unrest. 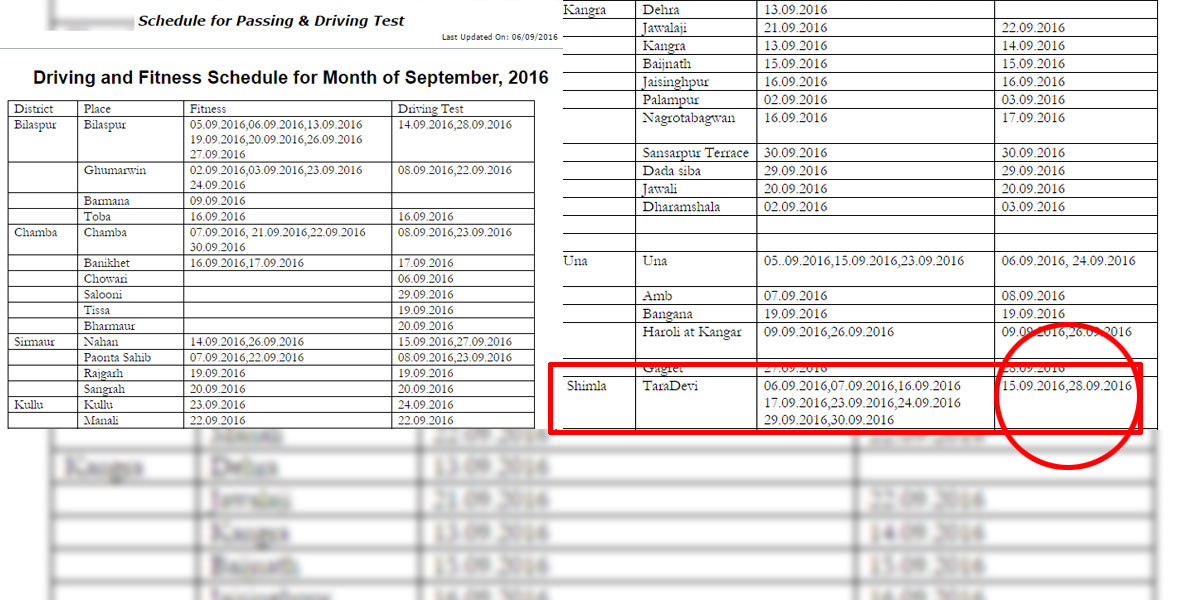 A youth, who had travelled from Dhalli for the trial, told Himachal Watcher,

“They should at least issue some kind of notice in advance if trial had to be canceled.”

“There were people from SUNNI, two men had come from Chandigarh on leave, or some others had hired a taxi or drove their cars. Loss of time and money is an obvious issue here. Such sense of irresponsibility reflected on the part of officials is overwhelming,” the youth added.

“This is not the first time and trial was cancelled,” alleged another man. On Rakhsha Bandhan people had faced similar inconvenience. On another occasion, he alleged, “trail was cancelled abruptly for the Chief Minister was visiting the area”. 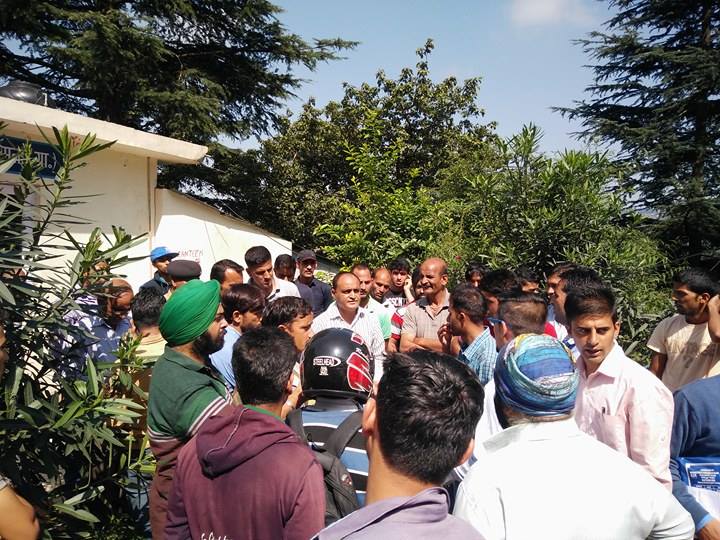 It is noticeable that similar instances have been reported regularly when driving tests were cancelled without bothering to disseminate timely information to candidates. ‘Saheb log’ take people for granted like time they waste in travelling to the site of trial and waiting for hours on a roadside doesn’t matter at all.

In the current instance, people who had travelled from various rural regions like Sunni, Basantpur, Mashobra, Koti etc. or those who had taken leave from office in order to take the test. Some candidates, who are living outside Himachal, had also reached Shimla to take the test for renewal of their license.

Truck drivers and others working on daily wages or facing deadlines apparently faced monetary loss for which administration is responsible.

“When people go by procedure, the officials should stick to it too. No wonder why so many people bypass the system and hire a middleman for some 4000 odd rupees and get the license without even appearing for the trial. It is an act that encourages corruption in government system,” said the youth.

SDM Saheb’s Justification
When asked about reason for such callous attitude towards public convenience and punctuality that reflect blunt disrespect to dignity of individuals, to value of their time, the SDM replied that officials were busy in a meeting. He further shifted the blame on people saying they should not wait for last date of driving test.The date of trial is decided by the HP Transport Department, he said.

The matter is highly condemnable and concerned officials are responsible for wastage of common man’s time and money. Moreover, such cases have also been reported in past when the officials didn’t show up, neither did inform people who waited for hours before returning empty-handed. It is the duty of officials to timely inform the people, even at the last moment. Being busy in meeting and keep so many people on hold for hours only to tell them that the trail was cancelled isn’t justifiable