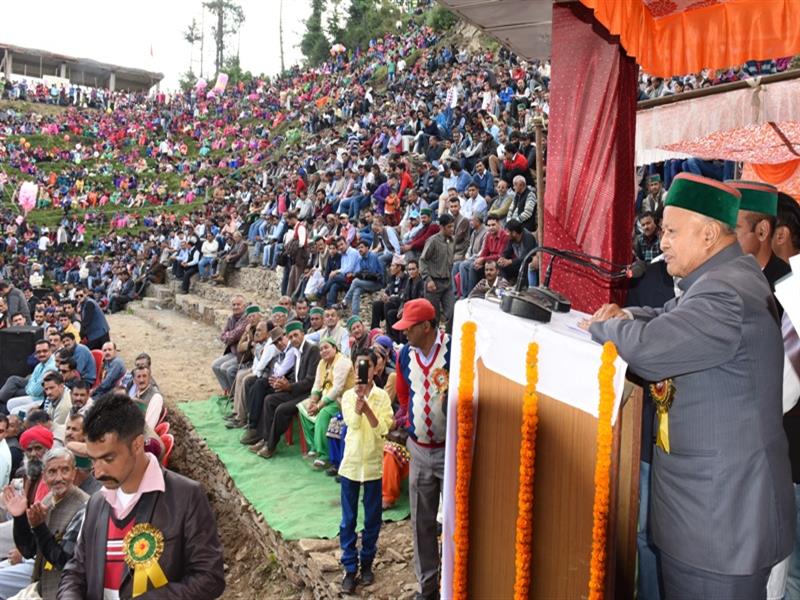 SHIMLA-Chhinj Mela of Talai held in gram panchayat Cheog near Fagu in district Shimla was declared as ‘District Fair’ by Himachal Pradesh Government.  Chief Minister made the announcement and also witnessed the wrestling bouts in the Chhinj.

The possibilities to construct stadium at Talai, where the popular fair was held would be explored, Chief Minister said, and added that reorganisation of PWD division Theog would also be done by including Gram Panchayats Cheog, Dharech, Satog and Bani in Division No. -I Shimla.

The fairs and festivals were rich repositories of diverse culture and traditions of the State. It is important for us to preserve our culture so that the future generations can also get acquainted with it. The mela Chhinj Talai was gaining immense popularity all over the State. Traditional sports like Chinj, thodo etc should be preserved and promoted, he added.

State Government has launched World Bank funded “Himachal Pradesh Horticulture Development Project” at a cost of Rs. 1,115 crore.  10 Market Yards/ Collection Centers have been established during three and a half years with an outlay of Rs. 27.45 crore, he claimed. Chief Minister also announced Rs 50,000 for Mela Organizing Committee.

Anirudh Singh MLA Kusumpati constituency demanded a stadium and anti-hail guns for facilitating the apple growers of the area.