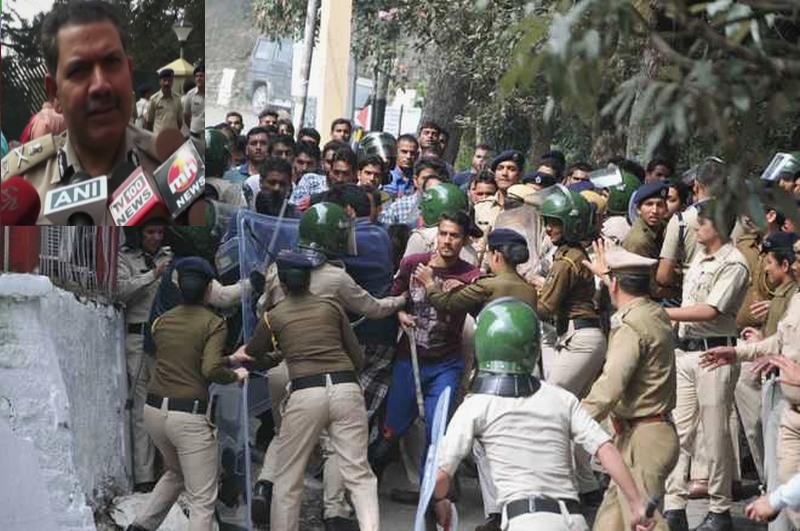 SHIMLA-Shimla Police’s attitude toward ongoing tension at Himachal Pradesh University campus and its response to series of assaults and violent clashes between two student outfits were already in question. Now, controversial and alleged defamatory statement by Additional Director General, Himachal Police AP Siddiki has infuriated student organization at HPU campus. The ADGP, in a statement given in a video byte, allegedly gave factually incorrect information regarding students arrested after Saturday night clash.

The state level committee of Student Federation of India (SFI) criticized the statement in which the ADGP said, “SFI activists were under the influence of liquor when they attacked other students.”


Secondly, SFI leaders contended a part of the statement in which the ADGP claimed that after rustication of some SFI leaders were revoked by HPU recently, these students were consuming alcohol to celebrate the occasion.

SFI challenged the statement by claiming that none of these students were present at the scene on Saturday night, neither the medical report of arrested students mention liquor intoxication.Moreover, the statement came without any sort of inquiry into the matter, which poses question over working police department and irresponsible behavior by a high-rank police official.

The student body has challenged the ADGP to provide proof to verify his defamatory allegations on the SFI.

SFI leaders have claimed it a politicized statement based on wrong information that was mass communicated by the ADGP and has resulted in undeserved defaming of the student organization. Student leaders have warned the police department and have demanded apology from the ADGP for this statement. SFI has warned of statewide protest, and, if required, will approach the HP High Court against the official.

Violation of Right to Justice by Biased, One-Sided Police Action

The committee also questioned one-sided action by police in which only SFI-associated students are being arrested despite the fact that clashes had caused injuries to students of both outfit. So far, SFI alleged, 14 student associated with SFI have been arrested but not only single ABVP leader or activists is arrested while they carried out assaults in presence of police.

SFI also alleged that the incharge of Summerhill Police Chowki was an ABVP worker and is still a sympathizer of the organization. The official is manipulating facts and feeding incorrect information to media and higher officials to favor ABVP activists who are enjoying full immunity despite being equally responsible for the current tension and violent clashes.

SFI also alleged that the situation would have not worsened and this  violence could have been prevented if police had taken action on complaint lodged in Summerhill Chowki by tribal students on Sept 29, 2016 regarding casteist comments by ABVP activists. 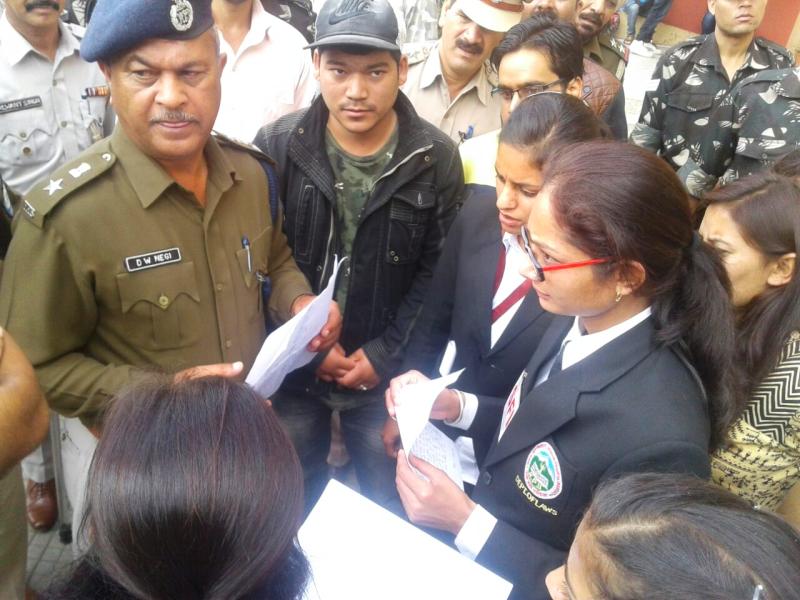 Two girl students of Law on Tuesday submitted a written complaint to the SP DW Negi and DIG Police alleging ABVP leaders of passing sexist remarks with life-threats in the presence of police force, which did not interfere or tried to save the girls.

Ruchika and Neha, both law students, alleged that ABVP leaders even tried to grab them when they tried to flee. They demanded protection from these miscreants as they pose threat to their life and freedom to move around at the campus.

The tension is only worsening and police seems to be sitting back and enjoying the situation. Despite presence of 11 member team of the National Assessment and Accreditation Council (NAAC), which is on four-day visit to HPU to determine academic standards of the institution, administration and police department have allowed to go on this violent drama for last four days. On the top of it, ADGP has further created unrest among students by his controversial and questionable statement.