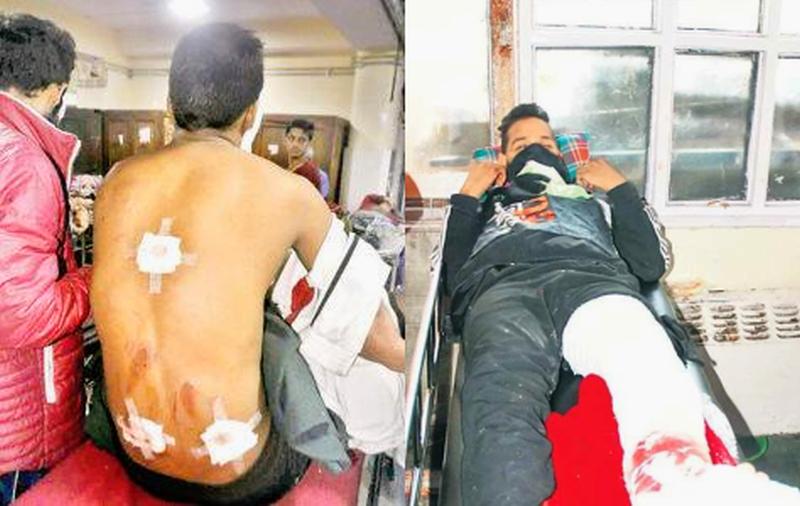 An 11-member NAAC team has arrived at varsity on Monday, and is supposed to conduct detailed inspection of varsity in order to determine academic standard of the institute. Varsity will be ranked on the basis of this visit.

SHIMLA- Ahead of the three-day National Accreditation and Assessment Council (NAAC)visit starting from October 3, Himachal Pradesh University campus turned into battle ground on October 2 as armed student groups clashed. Over about 18 students sustained injuries, some of which are admitted at the IGMC Shimla in serious condition. The bloody clash erupted on Saturday night at the Tagore Boys Hostel and continued on Sunday with student outfits flashing sharp-edged weapons, iron-rods, sticks etc. despite presence of police force that struggled to control the situation. On Monday, too, fresh clashes were reported.

So far, no source is able to confirm what exactly caused the violence, so both student organizations are putting the blame on each other and both have lodged FIRs. The sources suggest involvement of a section of tribal students too. 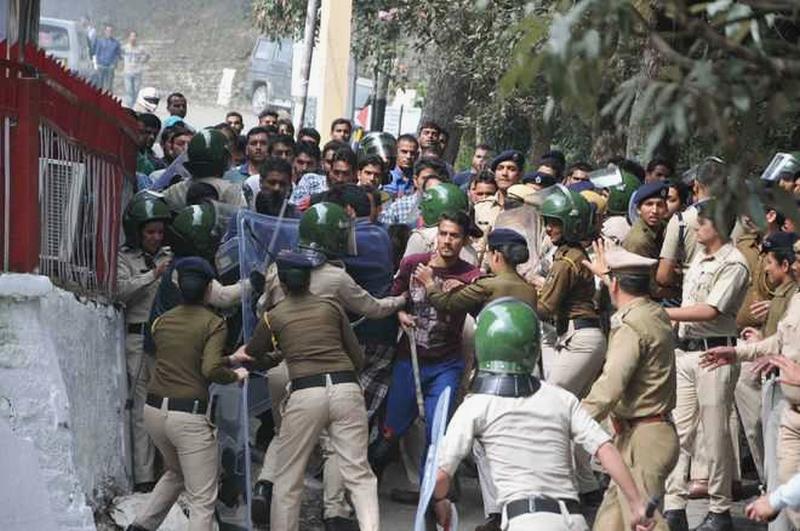 Six students of SFI (only), mainly leadership, have been arrested and hunt for others is in progress. Cases have been registered under various sections including attempt to murder.

According to reports, on Saturday night around 9:30 PM, members of Student Federation of India (SFI) and Akhil Bhartiya Vidhyarthi Parishad(ABVP)clashed in one of the hostel in which many students sustained head injuries and some suffered fractured legs. As per report, it all begun after a research scholar was attacked and abused in his hostel room. Both organizations blame that a group of students belonging to their respective organizations were attacked by the rival outfit students armed with sharp-edged weapons and iron roads.

The students had to jump out of the hostel windows to escape. Several students took shelter in nearby forest, hiding till Sunday morning. It was also reported that belongings of students in the hostel including books were set on fire. 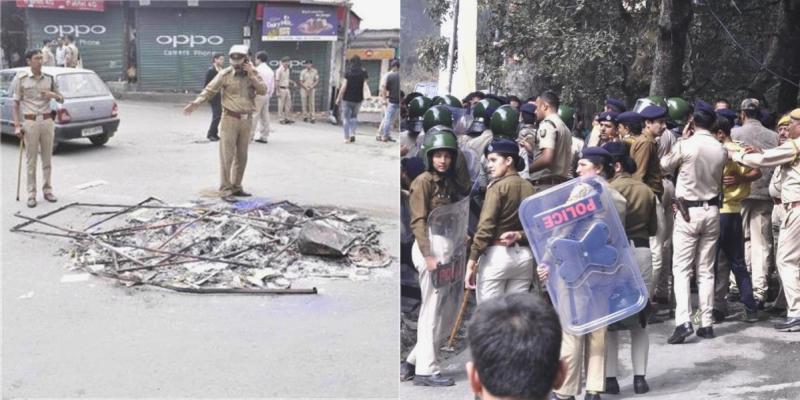 A delayed police response, as alleged by both ABVP and SFI, also facilitated this violence to go on for hours. Police took over two hours to approach the hostel, students alleged.

On Sunday morning, SFI banners/posters were burnt at Summerhill Chowk by ABVP workers that further fueled the tension between two groups. Allegedly, ABVP attacked SFI members at the Chowk in the presence of police. The bloody brawl reached varsity library which was ransacked too. 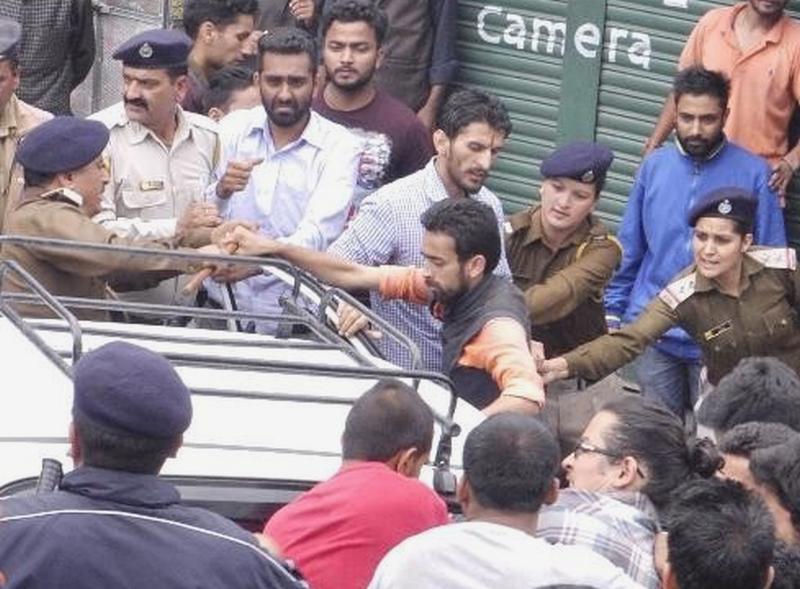 On Sunday, two groups clashed multiple times in the presence of police. To prevent further clashes, Quick Response Team (QRT) was deployed in the campus. On Monday, the entire varsity was turned into a fortress keeping in view the NAAC visit.

An 11-member NAAC team has arrived at varsity on Monday as scheduled. The Council is supposed to conduct detailed inspection of varsity in order to determine academic standard of the institute. Varsity will be ranked on the basis of this visit. 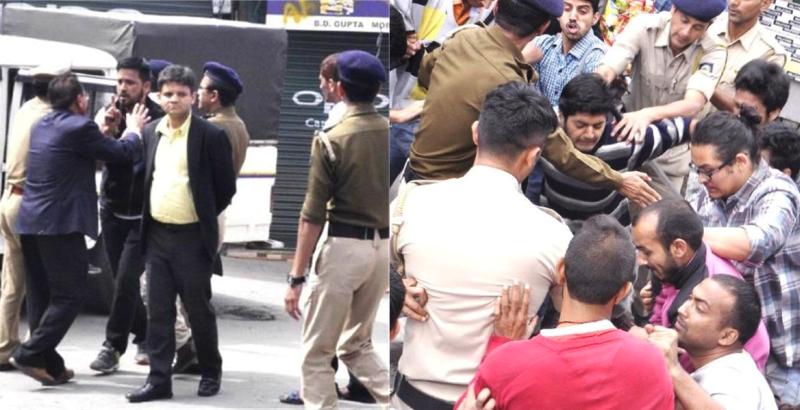 SFI has alleged that the clash was planned and was intended to present a negative image of varsity environment in front of NAAC team. This violent clash is also being associated with recent violence in Himachal’s other colleges.

It is noticeable that varsity had negotiated with SFI to end 153 day long student hunger strike and had appointed about 60 teachers in order to impress the NAAC. The violence has endangered reputation of the varsity. Deployment of QRT might prevent further clashes, but presence of such heavy force will speak for itself.