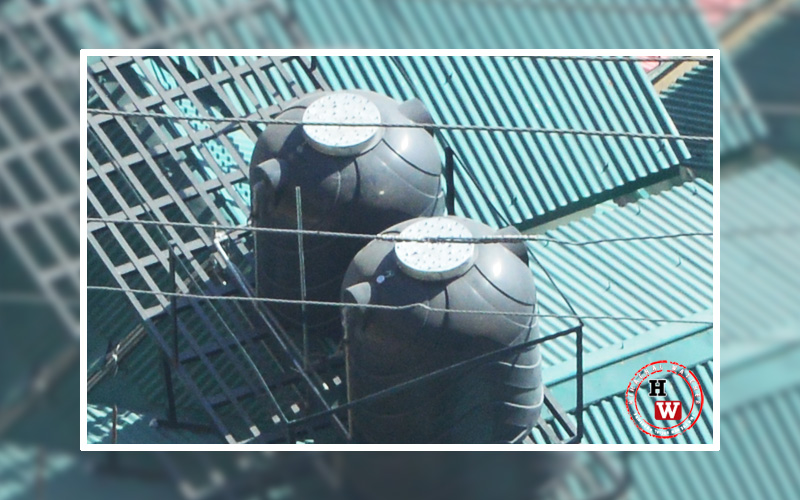 SIRMAUR- The series of intentional poisoning of drinking water supply tanks in Himachal Pradesh continues as another incident created panic in a village of district Sirmaur. Since September 2016, there have been over five such attempts to contaminate water mainly with pesticides. The Subathu region in district Solan had witnessed terror of unknown culprits who had first mixed pesticide in Kakkadhatti School in Subathu and later moved to other regions like Kunihar. The miscreants had poisoned water tanks at four different locations in four days.

After revelation in Yug-murder case, in which a 6-year-old was abducted for ransom and later murdered by drowning in IPH water supply tank in Shimla, it appears, miscreants have extracted a way to poison people by targeting water supply.

In the current incident, according to sources, on Friday, a family in Toka Nagla village under Kudiyon (कुडियों)Panchayat in Poanta Sahib tehsil of district Sirmaur, was alerted by pungent odor arising from tap water that had turned completely white in color. The odor resembled to pesticides used in agriculture. The news stirred panic among villagers. Last year, too, in the same village, some unknown person had mixed poison with fodder due to which two cows had died.

A team of police arrived at the scene and collected sample of water. The sample would be sent for forensic testing to identify exact chemical composition of the used toxin.

Earlier, during September and October month, unknown antisocial had contaminated the water tank of Kakkadhati Government School with pesticide ‘Nivaan’ along with a nearby IPH water tank that supplied water to an entire village.

Similar incidents of water-poisoning were reported from Chaprauli region and in Jadla village where private tank of panchayt Patwari was poisoned.

A day after it, unknown culprits targeted thousands of devotees at Radha Swami Satsang by poisoning one of the water tanks inside its premises.

In all instances, hundreds of people including school children had narrow escapes and no loss or damage of human life was reported. These people were fortunate that used pesticide emits pungent odor and turns water milky, which alerted users as soon as they opened their taps.

Cases of accidental ingestion of common pesticides used in farming have shown mild to lethal effects. Depending upon the amount consumed, period of exposure and toxicity level of the chemical composition, consuming a pesticide can cause skin diseases to total collapse of nervous system and reproduction capacity.

Hands of district police Solan are still empty and the culprits remain unidentified so far. Police claims that it had detained several people as suspects for questioning. However, the questioning didn’t yield any solid evidence that could lead to the actual culprits. The fresh case in Sirmaur has further raised concern over safety of people.

These cases had further exposed that IPH department hasn’t done much to arrange security at its water supply tanks even after Yug-murder case and directions of the honorable High Court of Himachal Pradesh. However, people are advised to sure their private water storage arrangements with fencing and locks considering the eminent threat of miscreants, who are targeting individual families.

Kangra-The demise of the Chief of Defence Staff, General Bipin Rawat, his wife along with 11 others onboard an Indian Air Force Mi-17V5 helicopter that crashed in Coonoor of Tamil Nadu on Wednesday shocked the nation.

Tributes were pouring in across the world for India’s first CDS and other departed souls.

A village in Kangra district – Thehado (ठेहडू) in Jaisinghpur subdivision-is also mourning the demise of Vivek Raj who was also onboard the ill-fated chopper. Lance Nayak Vivek Kumar 1 Para (SF) was PSO to the CDS, Bipin Rawat.

Vivek left behind a wife and 2-months-old son. He had joined the J&K Rifles in 2012 and later served as a commando. He had got married in 2020. The news of his departure has left the family devastated. A pall of gloom has descended upon his native village. His father Ramesh Chand is a daily wager and his mother is a housewife. His younger brother runs a bakery shop in Baijnath.

On Thursday, officials from the Defence visited his house for collecting the DNA sample of the parents. The bodies, according to the report, were burnt so badly in the crash that it was difficult to ascertain their identities. The DNA samples would help in the identification.

According to the official reports, the sole survivor of the crash, Group Captain Varun Singh, was on life support at the Military Hospital at Wellington.

Meanwhile, the Indian Air Force has retrieved the Flight Recorder of the Black Box of the helicopter. The cause of the crash was still under investigation.

Bipin Rawat along with his wife and other 13 was on his way to the Defence Services Staff College in Wellington to deliver a lecture.