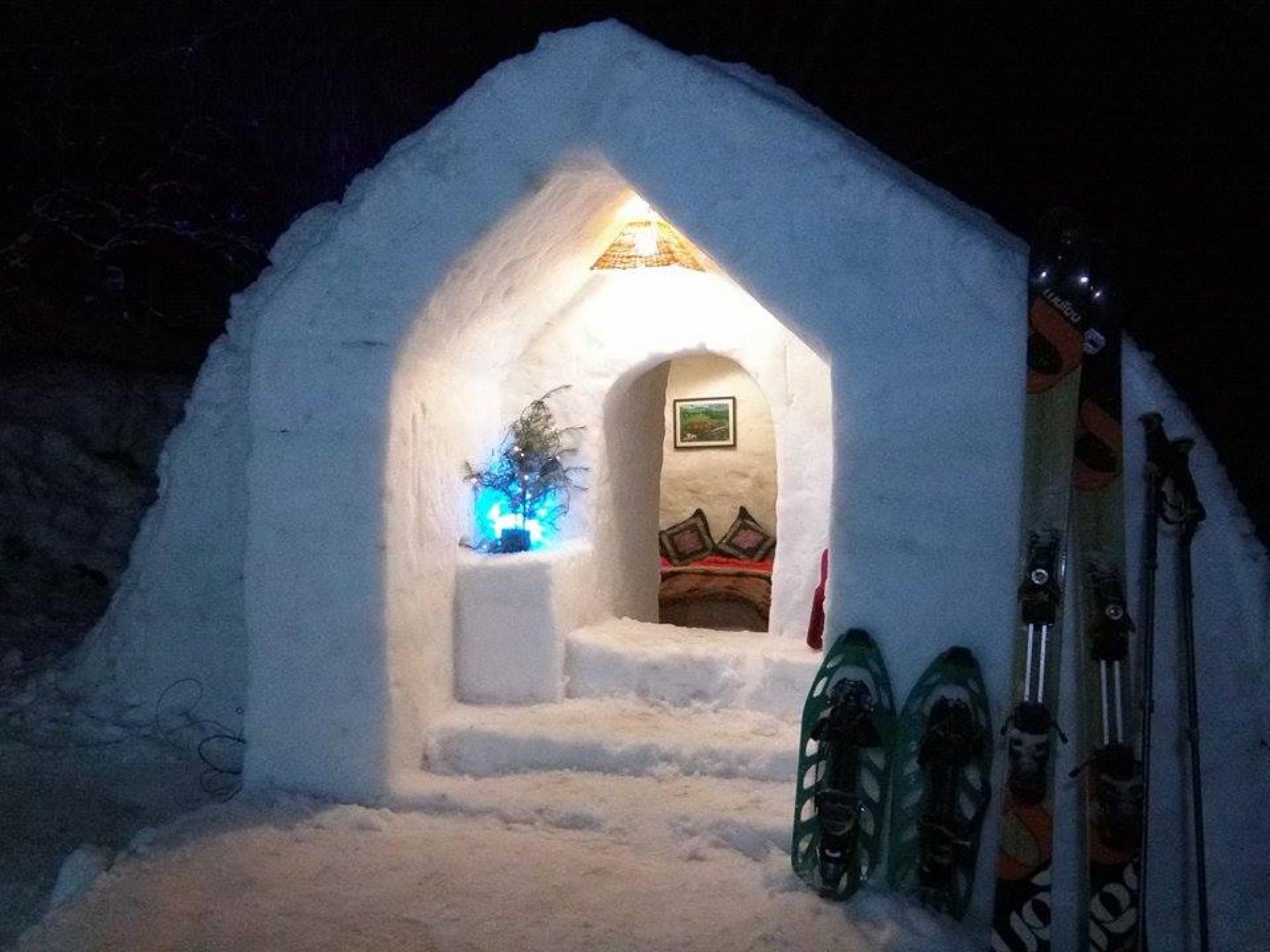 SHIMLA- Manali Igloo Stay is the fresh tourist attraction not only in Himachal Pradesh, but in entire India. First-of-its- kind, made entirely of snow, the Igloo houses are owned by Kelinga Himalyan Adventures, a winter-sports and travel company that offers ski courses and treks. The company, that comprises of local youth Tashi and Vikas, had been looking for good snowfall to give the concept a try.  It’s eco-friendly, as it used no non-biodegradable material (snow), there would be no waste after it’ll meltdown. 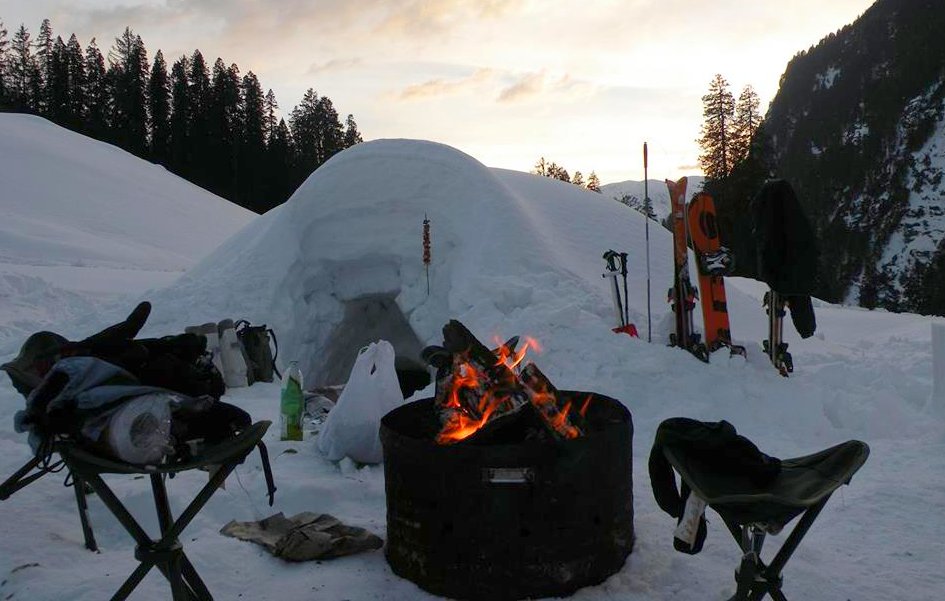 This year, it snowed heavy and temperature was also favorable to build Igloo houses at Sethan village, near Prini. Each structure is made of compressed snow and measures 8×9 foot in width and 6.5 feet in height. The Igloos were opened at the end of the January, 2017.

The igloos are built by Tashi and Vikas with their friends.

When we discussed this concept with our friends, they were so excited that they spent hours with us and even helped us build them,

the duo told to an English daily. 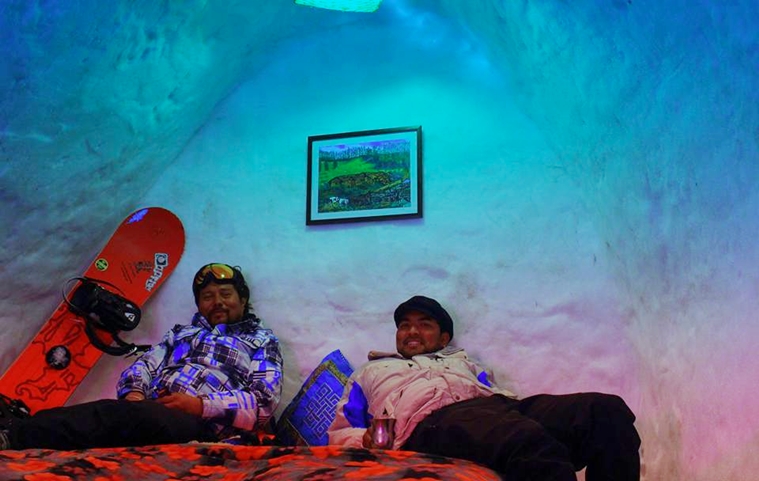 The visitors are provided with bedding, table and lights. Accommodation is available only on a twin-sharing basis as there are only two structures. For sleeping, the visitors are given warm feather sleeping bags and a hot water bottle. 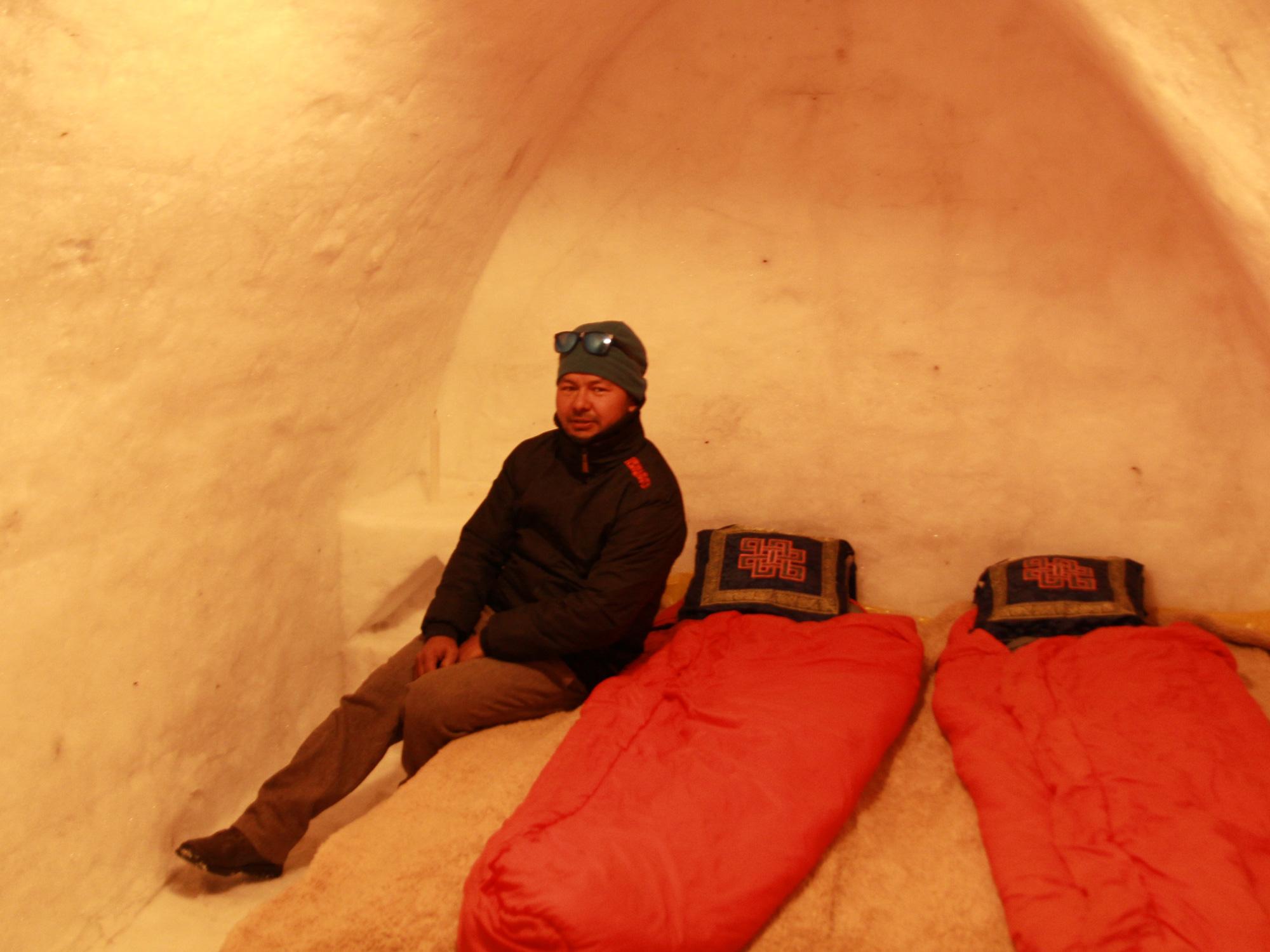 The temperature is chilling outside, but apparently inside is comparatively warmer. The Igloos can sure save visitors from cold winds outside. So, the idea is quite practical. 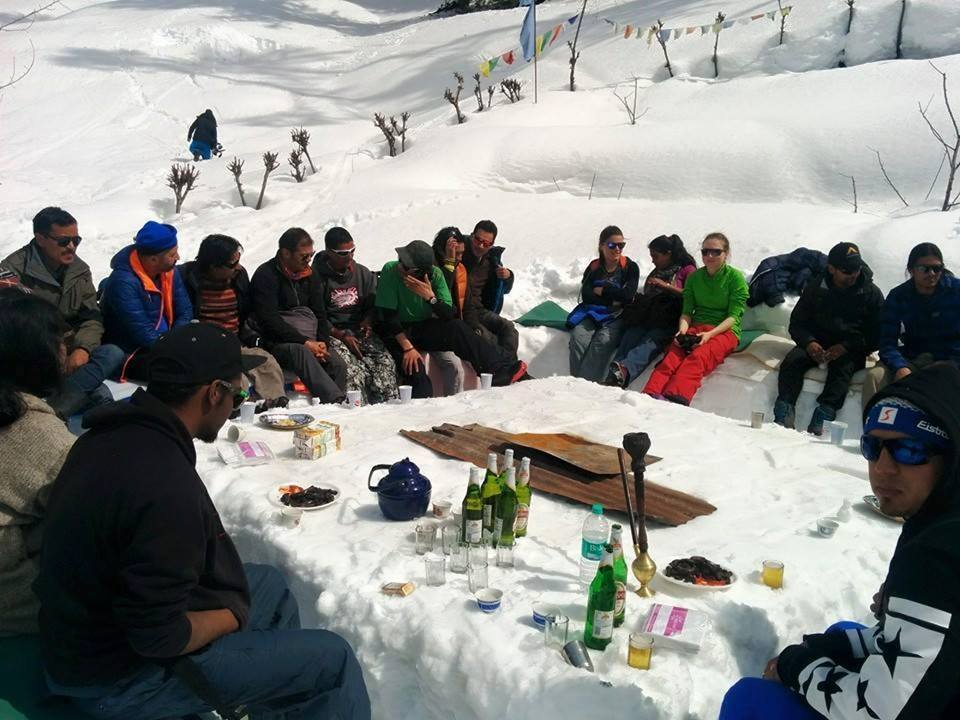 The company hopes that the Igloos will stand for another month before it begins to meltdown with change in season. The rates vary from 4,500 to 7,000 depending upon different packages. 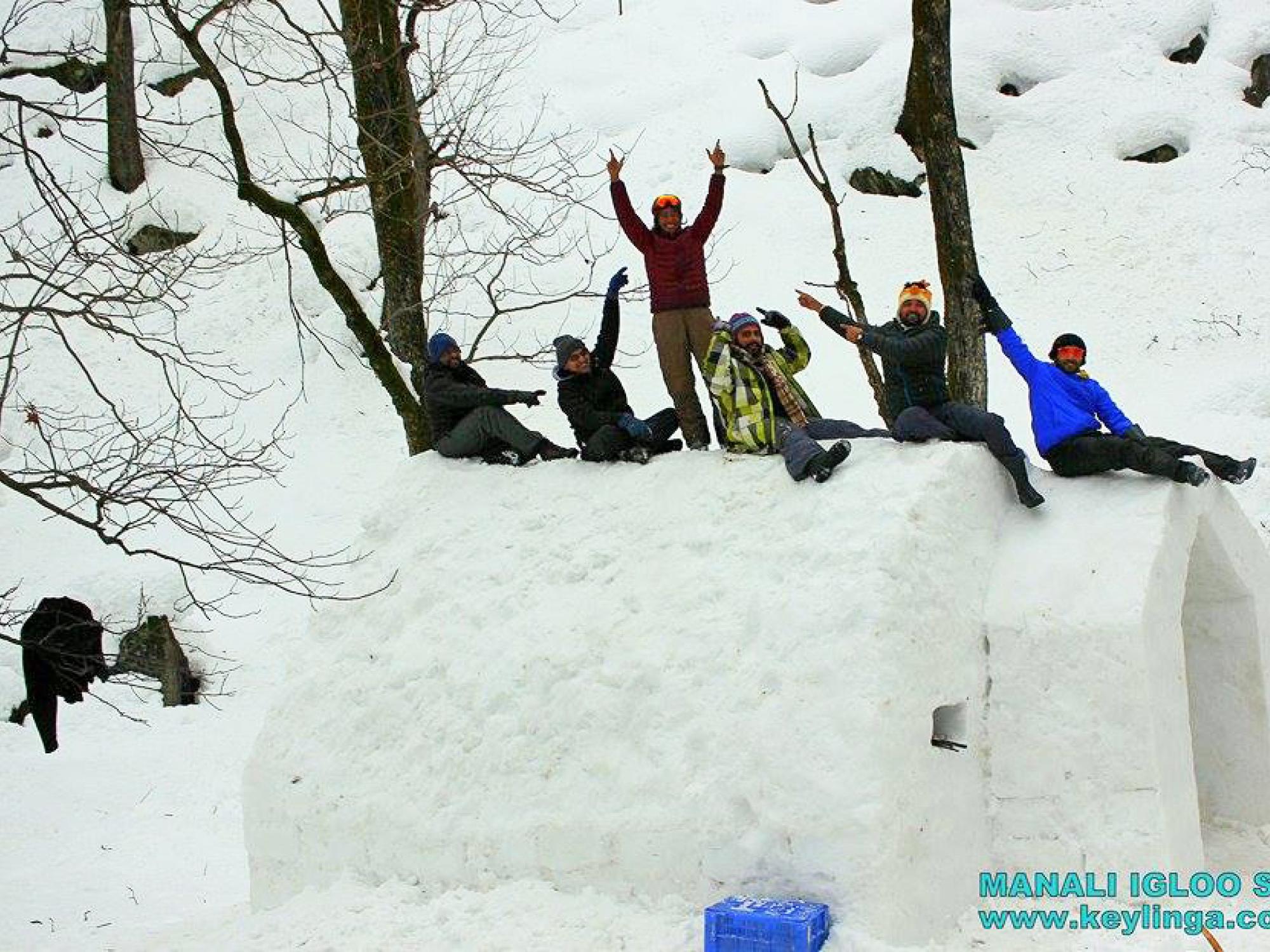 Igloos are mainly found in colder parts of the world like Switzerland, Canada, Finland etc. Definitely, it would be entirely a unique experience to find out what it feels to live in an Igaloo. No need to say, these Igloos would be available only in winters, hardly for a couple of months.

That’s not all; visitor can try to build their own Igloo houses at a height of about 9,000 feet, somewhere near Hampta pass.

This year, we have introduced two igloos on a trial basis and it has been successful. Lower areas of Manali, including the town, are warmer than Sethan. We plan to to get this concept registered with the tourism department so that they (officials) can also help us promote it, especially in rural areas, 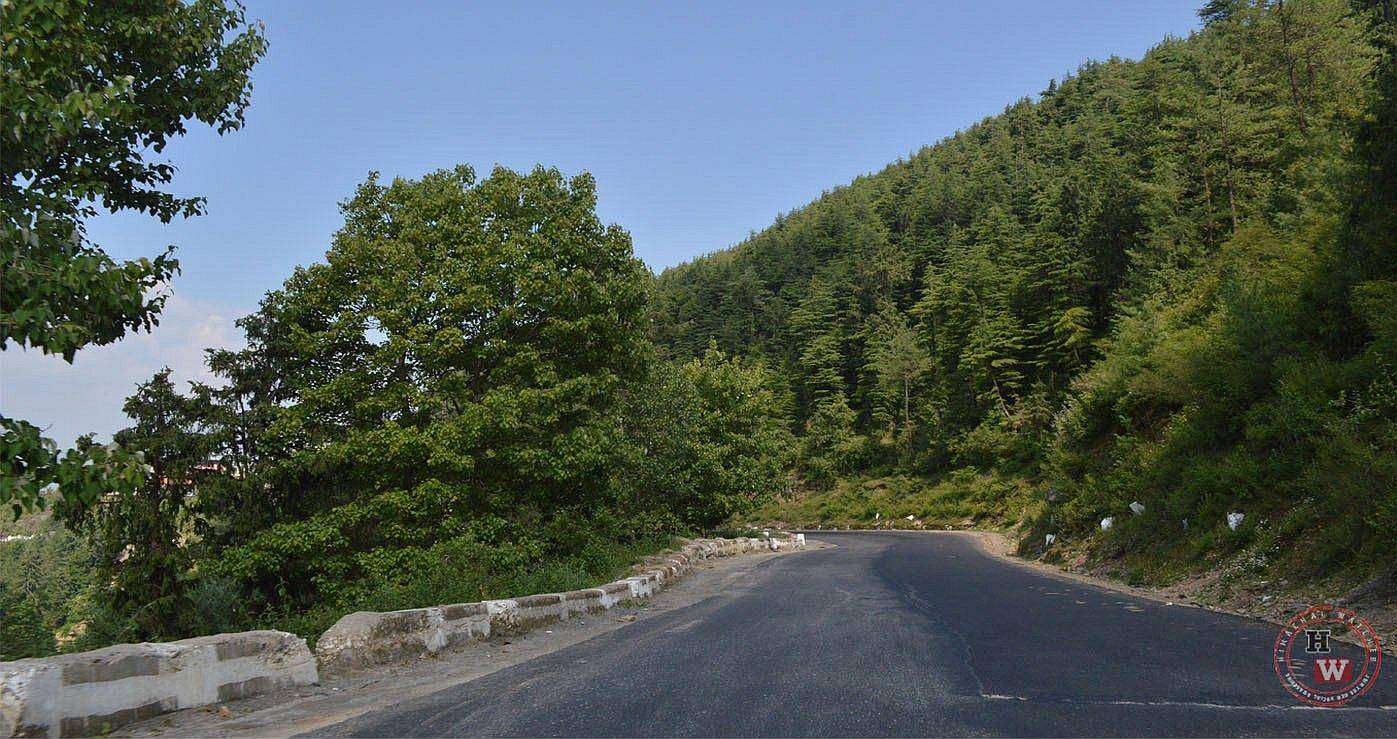 Himachal Govt Fails on Promises Made to Pulwama Martyr’s Family