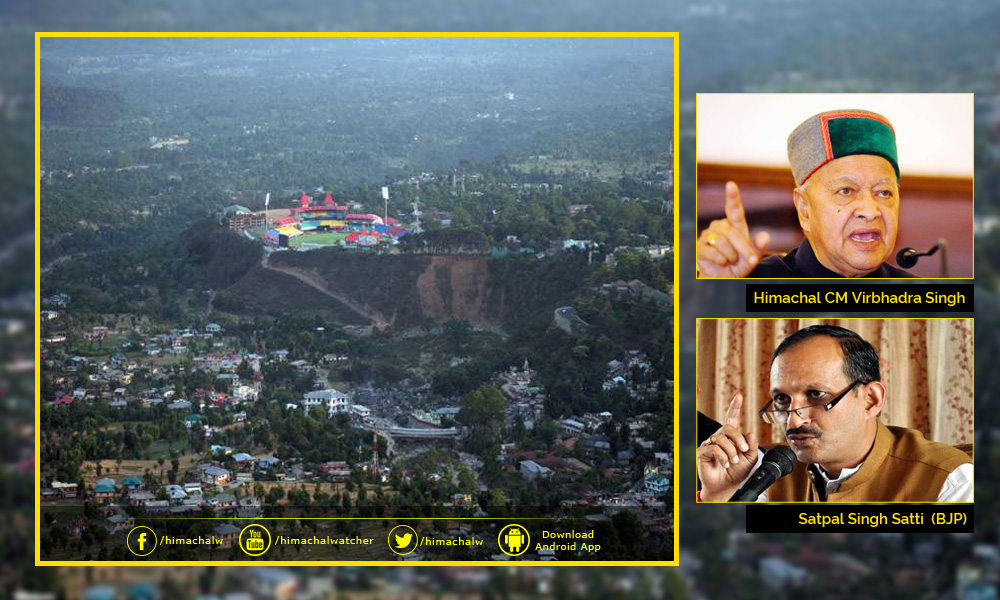 SHIMLA- On Thursday, in its cabinet meeting, Himachal Pradesh Government officially declared Dharamshala  as the second capital of the hill state. The confirmation of Chief Minister’s formal announcement in January this year has brought hope for the districts like Kangra, Chamba, Una and Hamirpur. Kangra is biggest and, indeed, a politically very significant district. Out of total 68 constituencies in Himachal, 25 fall in districts Kangra, Una and Hamirpur. The decision can make a dent into opposition vote-bank.

Dharamsala nestling in the lap of majestic snow-clad Dhauladhar ranges has a significance and history of its own and fully deserved to be the second capital of the state,

the CM had said in a statement during his visit to lower Himachal in January.

The decision had also faced criticism for the additional expenditure that establishment of second capital would require along with operational cost. To save some expenditure on new infrastructure, the mini-secretariat at Dharamshala has been handed over to the State General Administration Department (GAD). As per the decision taken, the offices will be refurnished and sitting arrangements will be made for the officials along space for parking government vehicles.

However, with the announcement came probability of shifting some directorates from the first capital to the newly formed second capital. There is no official word about the directorates to be shifted, but some reports suggested HIMUDA and Ayurveda could be the first. Though, it’s good news for Shimla that is in dire need of decongestion. Being the capital and hosting all major government departments and Directorates, the city is facing rise in traffic and migration from other districts. The city is choking with traffic and hills are eroding due to haphazard construction.

The decision also came as a setback to the opposition and critics who were claiming it to a political gimmick to deceive people of lower Himachal regions ahead of assembly elections. The State President of BJP, Satpal Satti, had even taunted that lying and fooling people with empty promises is an old habit of Virbhadra. In January, in his formal declaration, the Chief Minister had claimed that people from these districts will not have to run to Shimla as ministers and government official will be sitting in the second capital for a considerable time.

The official tag of second capital is likely help generate some indirect employment too. Dharamshala is already a popular international tourist destination and occupies prominent space on the map due to its religious, natural and adventurous tourism. The place is also the current abode of the Tibetan Spiritual head Dalai Lama.

For the first time, it was in December 2005, during previous tenure of Congress government, when first full-fledged winter session of the Assembly was held outside Shimla. Virbhadra had also claimed that this tradition of annual winter sojourn was introduced in 1994 during his regime so that people in this region could be given special attention.
.

In Solan, langur snatches 3-year-old from mother and drops him from wall

HRTC buys 25 zero-emission, electric buses for 48 crore, Likely to run on Manali-Rohtang route in next 3 months