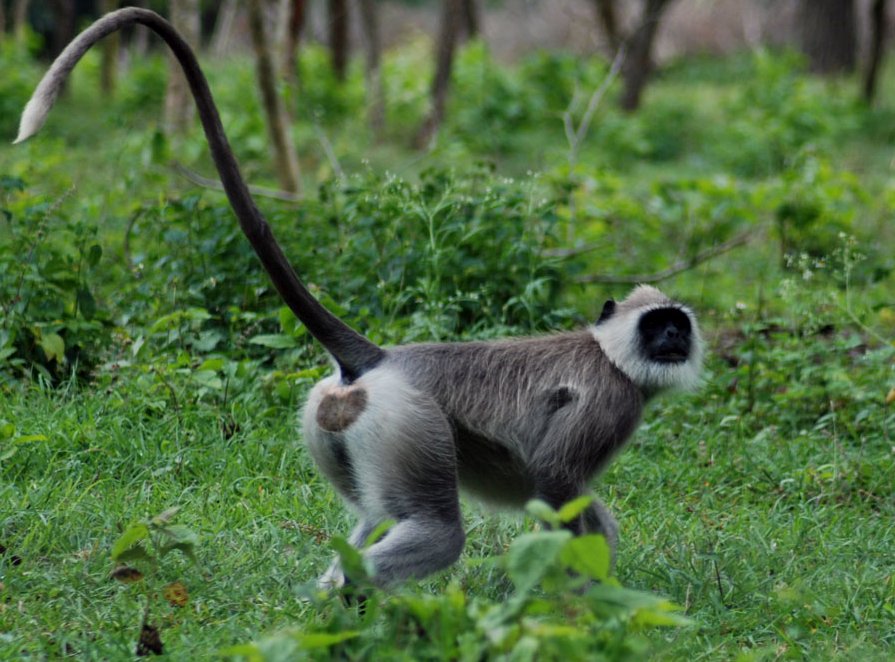 SHIMLA- Shimla has already become a case study for rest of the world owing to growing rhesus monkey-man conflict. But now, the conflict with langurs, too, in Himachal is leading to life threatening situations. On Friday, a (Gray Himalayan) langur snatched a three-years-old baby from the hands of his mother in Solan district and climbed on a nearby wall. The mother was horrified after what see saw and had almost lost consciousness.

The woman, a resident of Sector-4 in Parwanoo, was had come out for routine business and was accompanied by another lady. The little boy was holding his mother’s finger and was also walking. The two women were chatting casually when a full-grown animal suddenly appeared from nowhere and snatched the baby before the women could act. The langur climbed on a nearby wall with the baby. When the other lady tried to scare away the langur, it dropped the boy on ground and attacked her. She received minor injuries. Fortunately, the boy got away with no serious injury. The people said the boy could have died from that height.

The hue and cry of women alarmed others who rushed to the scene and scared away the langur. The locals reported the matter to the police as well as to the range officer of the area. People demanded that the aggressive langurs should be captured or culled keeping in mind the safety of residents.

As per sources, at least, a gang of three such langurs have been reported to be behaving abnormally for past one month. These langurs are aggressive and have been creating panic among residents for some time. Residents complained that school children are being exposed to life-threatening risk due to presence of these aggressive animals. The horrific incident of Friday has further created panic in the locality.

The authority has assured the residents that the department will try to capture these langur using cages. The aggressive langurs will be shot dead if the efforts to capture them did not succeed, said the official.

The Gray Himalayan langur or Hanuman langur are believed to be less aggressive in apes that prefer to live deep inside jungles. However, urbanization has forced these shy animals to adapt to behavioral pattern which is not natural to them.

A small village becomes a town and a city, neighboring groups (langurs) gradually become adopted to live in urban conditions. They acquires new habitats and behavioral patterns in this process, said a research conducted on man-monkey conflict in Jodhpur in 2010.

The findings of the study, which is now six-year-old, had claimed that Hanuman langurs never became fully-urbanized like rhesus macaque. However, by 2017, it appears that now langurs have also begun to learn unnatural behavioral patterns to adapt to and survive in the urban space.

Man has played the most vital role in development of these unnatural behavioral patterns that are now posing risk to the safety of both humans and animals. Moreover, the state government isn’t much bothered about conducting scientific studies to find practical solution to this conflict.

Another leopard killed as gruesome poacher trap slits its throat, 3rd killings in Himachal in one month 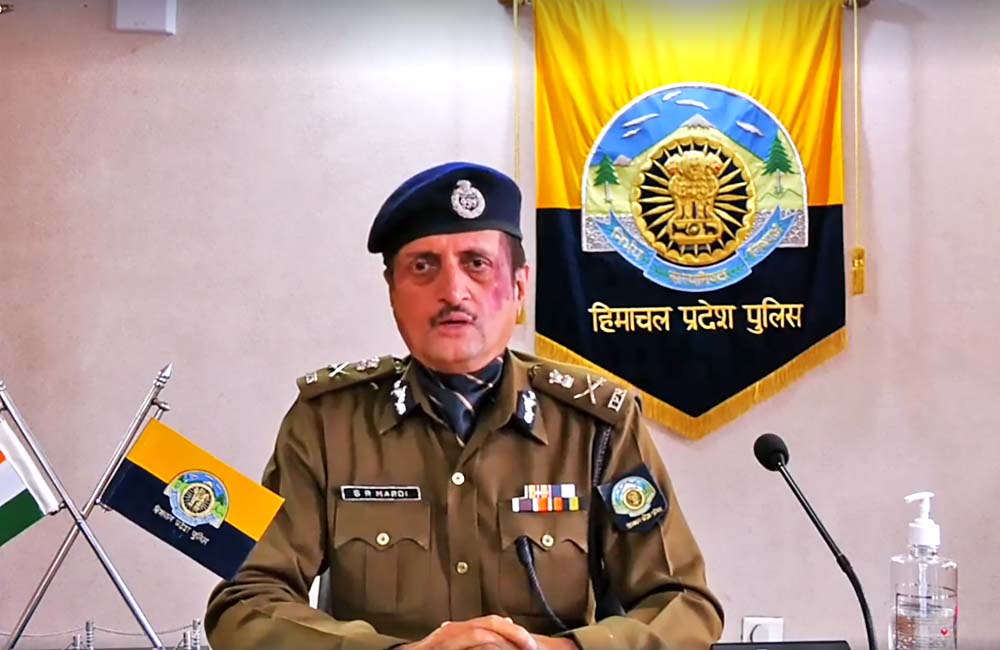 Shimla-The Director-General of Police, Himachal Pradesh , Sita Ram Mardi, today released a video in which he warned people who have returned to the State after taking part in the religious gathering of Tablighi Jamaat in Delhi to come out and disclose information. Same warning has been given to all those who have returned from a foreign country but have not disclose this information yet.

The DGP has given a deadline of 5 PM Sunday to all such people to come out and disclose information regarding their travel history. He warned that if any such person, who is be found to have deliberately concealed this information, will be booked under the Disaster Management Act or for attempted murder (Section 307 IPC) if anyone else gets infected with COVID-19 due to them. In case, a person dies after getting in contact with such people, they will be booked for murder (Section 302 IPC).

The DGP appealed to consider the safety of society and behave as a responsible citizen. All such people who would come out would be quarantined.

This warning came following the confirmation of six positive cases in people who had returned to the State after taking part in the Jamaat meeting in Delhi. Three such cases have been shifted to the Indira Gandhi Medical College, Shimla, for treatment. So far, as many as 17 FIRs have been registered in Himachal Pradesh against 85 people related to Jamaat gathering.  About 277 such people have been quarantined, the DGP informed. 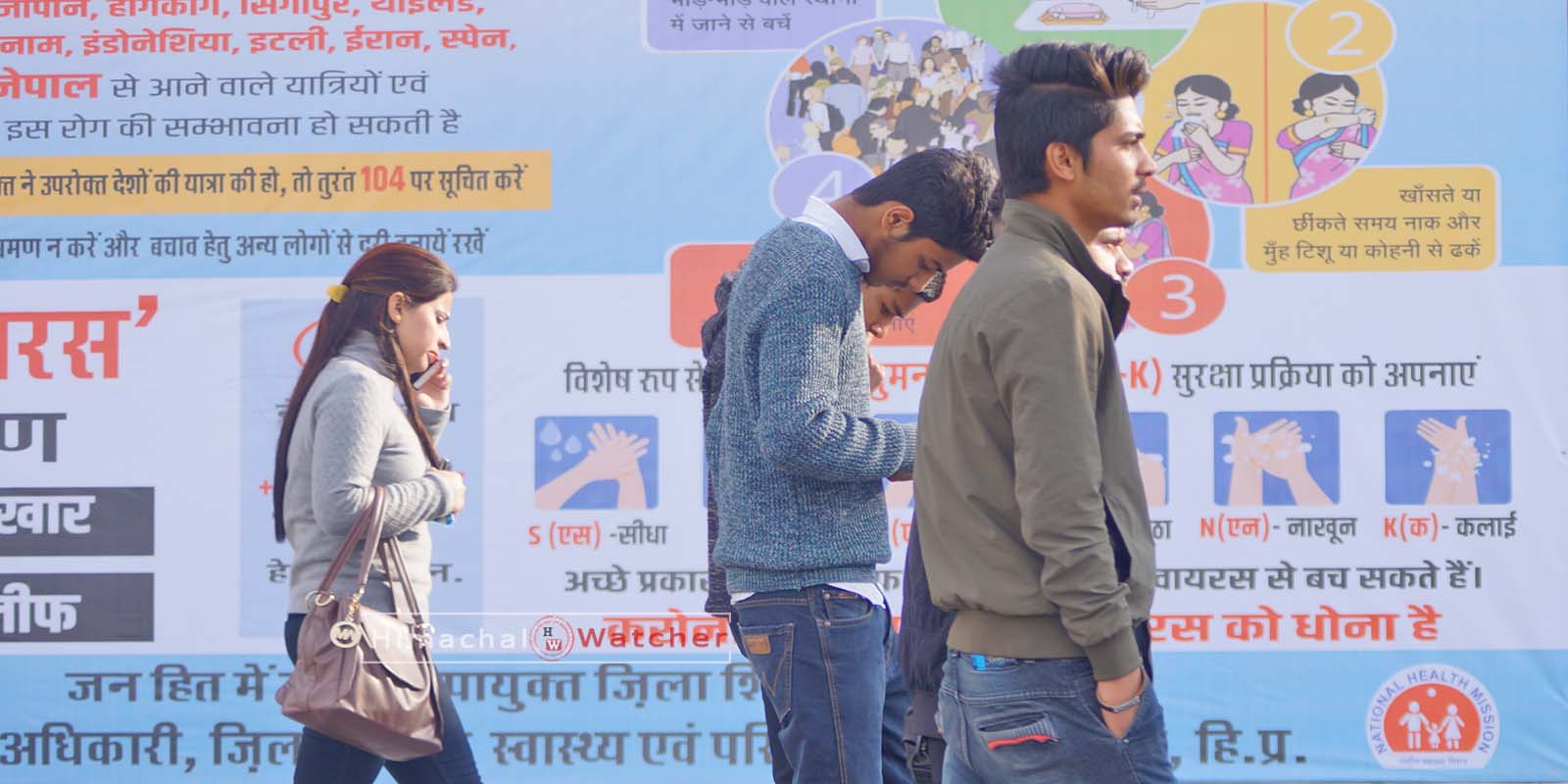