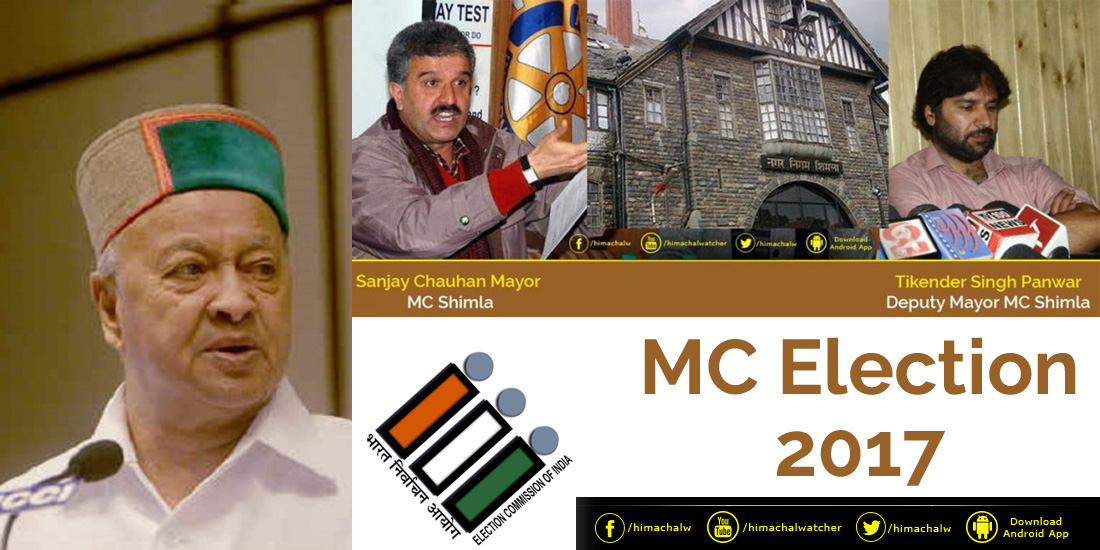 Another big announcement was the regularization period of contractual employees in Himachal that was reduced to three years from five.

SHIMLA-As Modi wave sweeps the country, politics in Himachal Pradesh has already heated up ahead of upcoming Assembly poll. Now, the blunder of the HP State Election Commission has fueled the fire. The draft voters’ list released for Shimla Municipal Corporation Polls 2017 has shocked people as it has missed names of as much as 18,000 voters. The voter list has shuffled the names and wards to add to the confusion of large number of other voters. Congress in Himachal is already suffering loss of reputation as the two top law-enforcement agencies, CBI and Enforcement Department, have grilled the Chief Minister Virbhadra Singh in disproportionate Assets case. The opposition is building pressure to resign on moral grounds. No doubt, opposition is too desperate to wait until November – assembly polls. So, opposition aims at creating political chaos and enjoy the show.

Rumors are spreading about possible arrest of the CM. Other politicians, who always lived their political career under dominance of Mr. Singh, are now hopeful of claiming control of affairs. The internal feuds of the party have become more visible recently. Moreover, the opposition knows that currently common people are very vulnerable to propaganda. In fact, BJP is exploiting greed of media to create noises so loud that logic and reason are no more audible.

This pressure has woken up the government in the last year of its tenure. Now, the government has begun to shower announcements. On the Himachal Day 2017, Chief Minister Virbhadra Singh officially announced the launch of the un-employment allowance scheme. Another big announcement was the regularization period of contractual employees in Himachal that was reduced to three years from five. The announcement has sure cheered –up contractual employees.

The CM distributed cheques of Rs.1000 each to several beneficiaries under the scheme while presiding over the State Level 70th Himachal Day function at Chamba. The CM claimed credit for fulfilling promise of un-employment allowance made in its previous elections.

The CM didn’t forget to mention Rs. 500 crore Skill Development Allowance Scheme that was launched towards the end of 2016. As per the government, 1,52,000 youth in Himachal has received skill development allowance. Establishment of Rs. 640 crore Kaushal Vikas Nigam, the CM claimed, would provide employment to around 65,000 youth.

In every script of his speech, the CM repeatedly counts these schemes and announcements as achievements of the Congress government. BJP, at the same time, is trying to amplify anything that could go against the ruling party. Despite all these fact, the CM doesn’t seem to yield. He counters the money laundering case as a political trick to create chaos, nothing more.

The CM has been summoned by the ED in the money laundering case and asked him to appear before it on April 20. ED has already questioned his wife and son.