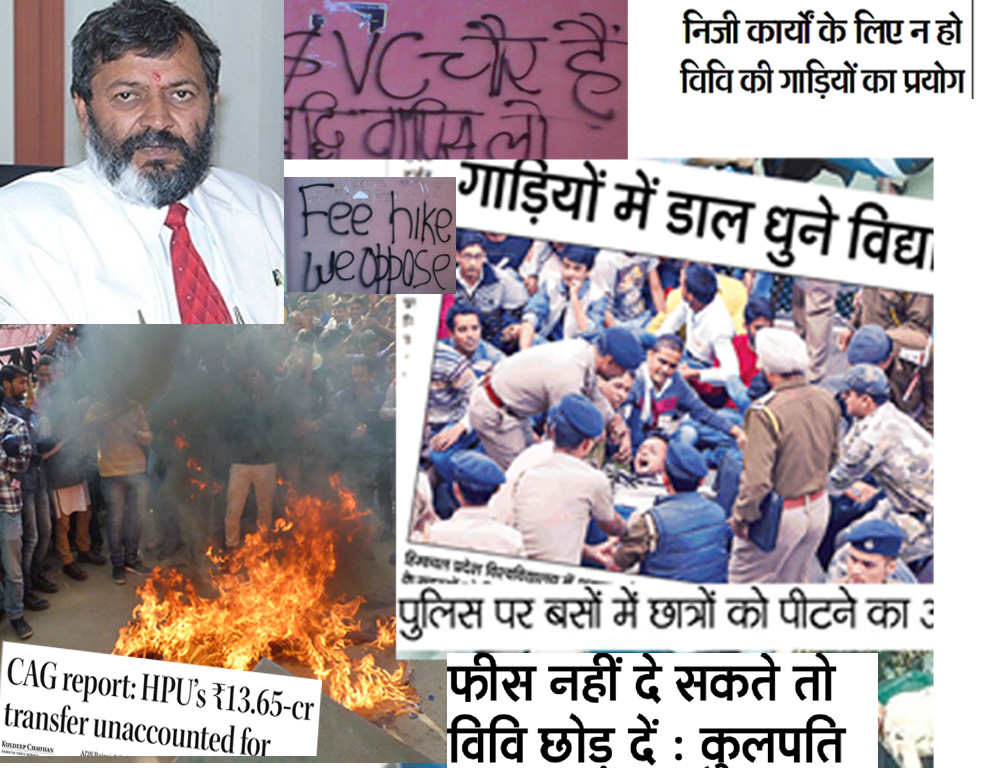 SHIMLA-Embroiled in controversies and corruption charges, the six year tenure of Prof. ADN Bajpai as the Vice-Chancellor of Himachal Pradesh University has come to end. He hasn’t been given another extension as reports had suggested earlier. As per notification, Prof. R.S. Chauhan, Pro- Vice Chancellor, HPU, Shimla will hold the charge of the post with effect from 25 May. Prof. Chahuan will also continue to discharge his own duties till the appointment of new Vice Chancellor.

So far, last six years since appointment of Mr. Bajpai as VC has been toughest time for the HPU Campus. He was appointed during the Bhartiya Janata Party rule in 2012 despite his controversial past and pending case against him. His appointment was also challenged by the students. His decision to force drastic rise in fees on students, poor implementation of Rastriya Uchchatar Siksha Abhiyan (RUSA), and prohibition on direct elections to Student Central Association faced sever protest from the student organizations. Demand for his removal followed him during his entire tenure in HPU. The VC also remained in news for allegedly misusing his official position for personal benefits.

A petition filed in the State High Court, that was accepted, alleges that Mr. Bajpai caused a loss worth about Rs. 2.5 crore to varsity as he misused official staff and services at his official residence. The petition also alleged the VC of opening backdoor entries in recruitment and issuance of degree to non-eligible students.

The VC turned the campus into a police cantonment when the student protest grew aggressive. Police was openly allowed to unleash brutal force to repress the student protest. Two major organizations at HPU, Student Federation of India (SFI) and Akhil Bhartiya Vidyarthi Parishad (ABVP) had even joined hands against Mr. Bajpai demanding rollback of massive fee hikes and RUSA. Several protesting students were detained and some spent months in jail for showing resistance.

Not just the VC displayed involvement in and association to political activities himself, but also encouraged same environment for all administrative staff. He even managed to sit over the report of review committee formed to assess the massive hikes in fees. The system also seems to have supported Mr. Bajpai in his endeavors well.

Students are likely to take a sigh of relief now. But to recreate academic environment, HPU would now need a real educator and true visionary as its Vice-Chancellor, if government could spare this position from its political propaganda.