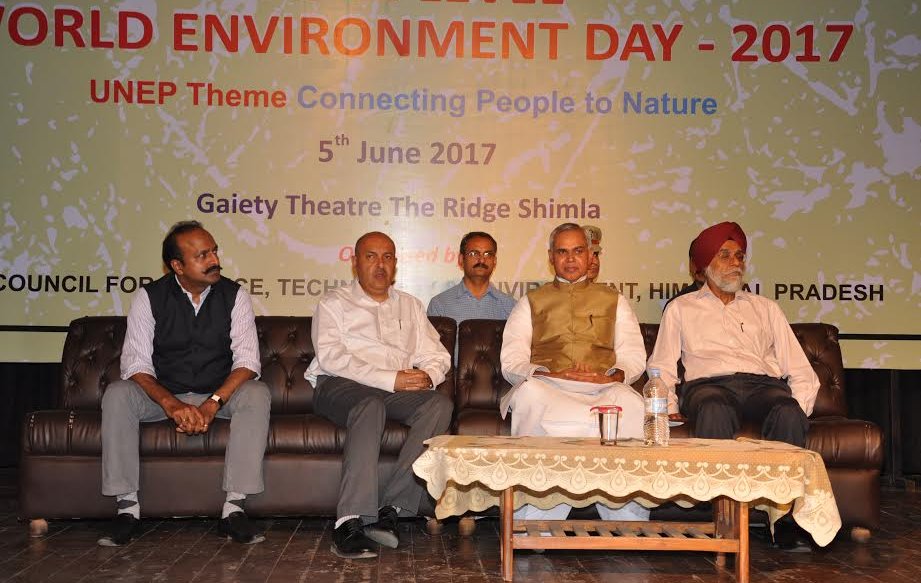 The New Website of the State Council for Science, Technology and Environment was launched by Governor Devvrat.

SHIMLA- Today State level World Environment Day was celebrated at the Gaiety Theatre at the Shimla Mall. About 400-students from various schools of the Shimla town took out rally from lakkar bazaar, Chaura Maidan, Panchayat maidan, Auckland House school and Chotta Shimla. The rally converged at Gaiety Theatre. The students were holding placards to spread awareness about the cleanliness, optimal use, reuse and recycle conservation of nature for future generation etc. This years’ United Nations theme for World Environment day is “Connecting with Nature”.

The State Council for Science, Technology and Environment had celebrated Environment week from May 29 to June 5 with school and college students, faculty members and community. During this week variety of activities like Swachta Abhiyan in School premises, Nature walk to Shimla water catchment area by school students and teachers, Painting Competition for school students, Eco Task Force,  Rolling Trophy for Clean and Green School Campus, and popular lecture series by eminent scientist and environment activities were held.

The students of GSSS Lakkar Bazaar and DAV Senior Secondary School, New Shimla enthralled the audience with their skits. They also depicted how man’s greed had depleted the earth of its resources and it’s high time we take cognizance otherwise life on earth would be terrible not only for other creatures but also for the human beings.

Nature walk supporting the theme of UNEP was organised from May 30 to June 3, in which students were introduced to the floral and faunal diversity of Shimla Water Catchment Sanctuary. They were also given guidance of nursery practices and plantation by Eco Task Force. 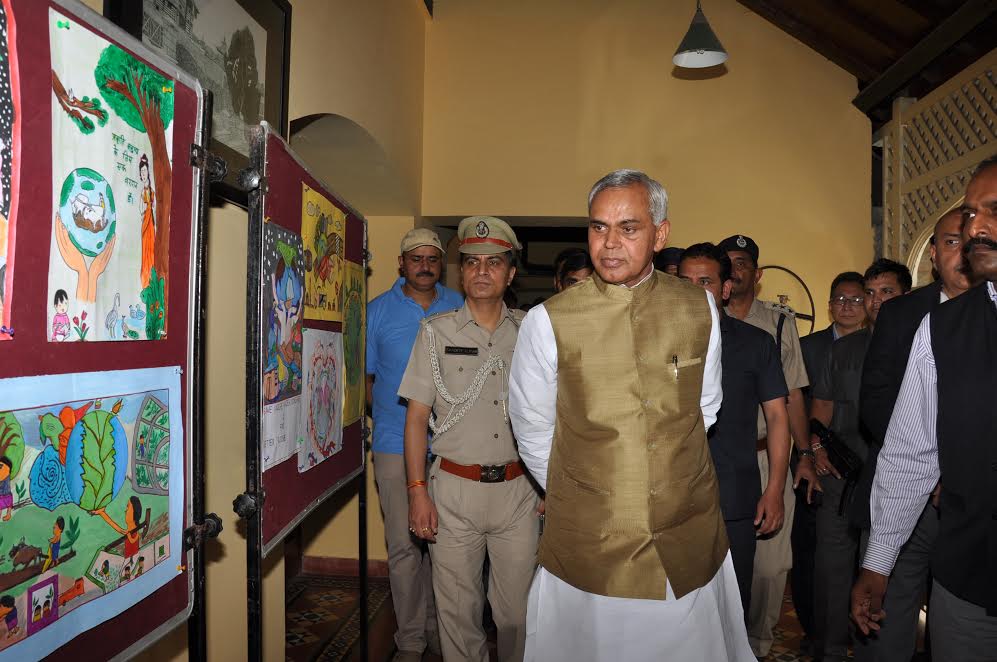 Exhibition of paintings made by the students for Environment Day was displayed at Gaeity and also works of NCC Group Headquarter, WWF, 133 BTN, Eco Dogra Kufri, Forest Deptt. Publicity Wing, and NBPGR have also displayed their activities in the form of exhibition at Gaiety. All the schools who participated in the World Environment Day celebration were given a wooden bird house. This would be kept in school premises for the nestling of birds. These bird houses provide a snug and secure place for roosting and nesting for house sparrows.

The winners of all week long activities were given prizes by the Governor, Himachal Pradesh, Acharya Devvrat.

Best Eco-clubs of the State 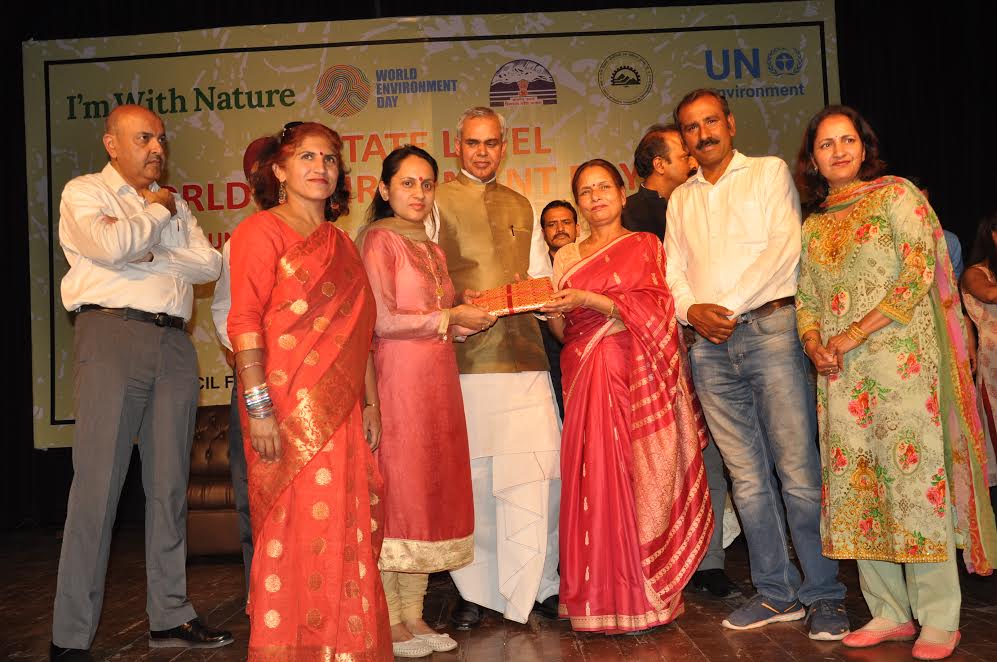 Dr. G.S Goraya, PCCF (Wild Life) addressed the participants by making them aware about the depleting natural water resources in and around Himachal and also early flowering of Rhododendron and change in rain cycle indicates that the environment has been adversely affected due to human indulgence. In order to conserve stern action by one and all to be taken throughout the year and it should become a habit.

He addressed the audience by introducing the theme of World Environment Day, 2017, ‘Connecting People to Nature’. He said Himachal is the only State in the country to celebrate the entire week as World Environment Week. He further elaborated on the activities conducted during the week which included participation of 450 students from various schools of the State through Swatchta Abhiyan and cleanliness rally. 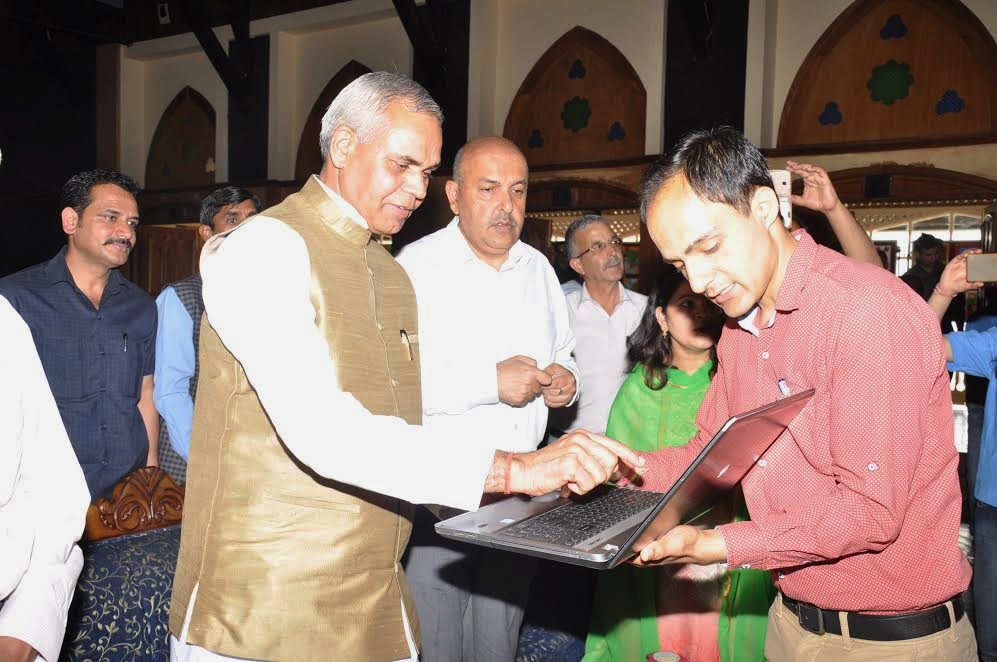 The New Website of the State Council for Science, Technology and Environment was launched by Governor Devvrat.

Governor addressed the children and stressed that we have inherited nature from our ancestors and one day we will have to hand it over to our children neither we create it nor we own it. We are here for a short time, we must preserve it and it hand it over to next generation.

He emphasized that natural resources should be used judiciously so that plenty of it is available for others. He asked the children to pledge that from now onward they will plant a tree on their own birthday, birthdays of their parents and in memory of their grandparents. They will also take care of their planted trees so as to ensure maximum survival and greenery all around. At the end he said all these activities should not get restricted to celebrations but it is the time we take right action and corrective measures.

Energy Conservation Building Code to be introduced in Himachal, can save up to 40% energy