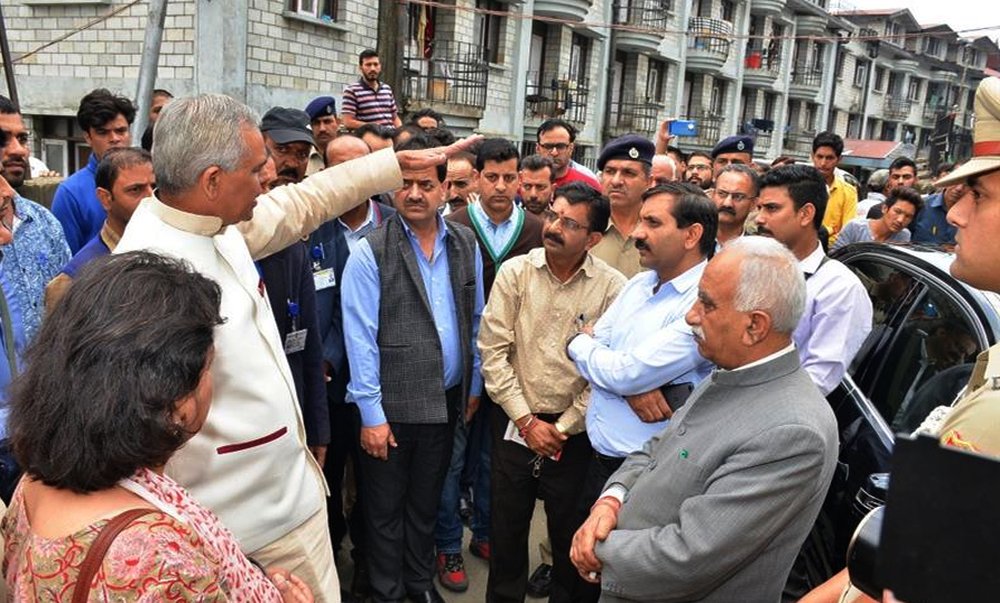 He said the students are living in inhuman conditions. The hostels are no better than dustbins, he said.

The Governor visited the Tagore, Dr. Y.S. Parmar, and Shahid Bhagat Singh hostels. He inspected the rooms, toilets, dining halls, kitchen to take stock of cleanliness and maintenance of these facilities.

Stinking toilets, ugly bathrooms, broken windows, and lights welcomed the Governor. He found the hygiene and basic facilities in tatters. He said the students are living in inhuman conditions. The hostels are no better than dustbins, he said.

The conditions prevailing in the University clearly show that no responsible officer ever visited the hostels as was evident from the bare electric wires and poor maintenance,

As per sources, the Governor summoned the acting Vice-Chancellor of HPU, Prof. Rajender Chauhan, and University administration on the spot.

He even asked the Vice Chancellor to suspend the persons responsible for cleanliness and maintenance of facilities. In fact, the Vice-Chancellor faced most of the embarrassment.

As an insulting remark, the Governor told the VC that mere sending of estimates for maintenance is not enough. Such things should be taken seriously by the administration. It is shocking that no action is taken despite repeated complaints by students, he said.

The administration of the University does not come out of their offices and physically visit hostels and University to improve the prevailing conditions,

He gave a deadline of nine days to show improvement in the conditions. The Governor said he will visit the varsity hostel again on October 6. By then, the facilities in the hostel and the University should match A-Grade ranking.

He added that he will be paying surprise visits to the University in future too.

The HPU administration held an emergency meeting after this humiliation. Though the Governor had told the VC to take action against responsible officials, no suspension or action was confirmed so far.