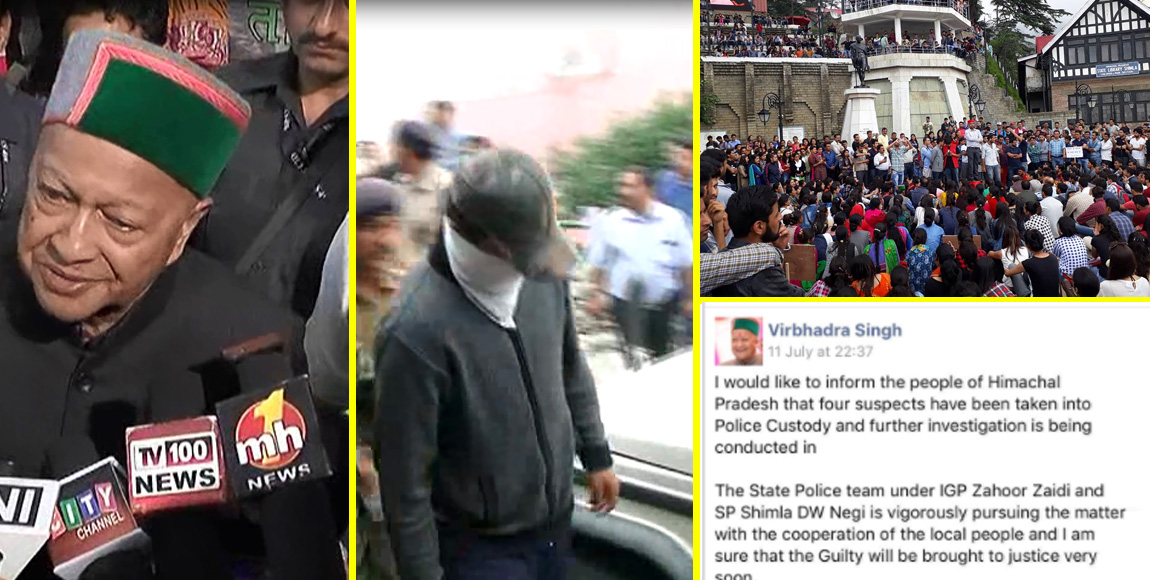 Shimla- In Kotkhai gang-rape and murder case, police has detained two more suspects on Saturday, who were brought to the Rippon Hospital, Shimla for medical in the evening. With detainment of these suspects, the doubts over probe conducted by Special Investigation Team (SIT) have now intensified as earlier it had, in press conference held on Thursday, claimed that the case has been solved and all six accused were arrested.

The DGP, Somesh Goyal had confirmed that SIT has concrete and clinching evidences that are sufficient to establish the guilt of arrested culprits in court.

However, as public protest turned violent in Theog and SIT theory was questioned by media and majority of public for missing links, the Chief Minster ordered a CBI probe on Friday. On Saturday, police detained two more suspects against its claims of solving the case and arrest of all accused.

Meanwhile, the public protests continued all over Shimla. Students had called for complete boycott of classes in collages, while school students were also reported to have staged protests at different locations.

Virbhadra Singh Says the Case Was Hyped by Opposition

Chief Minister Virbhadra Singh also broke his silence and lashed out at the oppositions for giving the matter a political color. He blamed oppositions for organizing violent protest and making it an agenda for in vain. The protesters will be dealt with strictness if they tried to deteriorate law and order or obstruct the investigation again, he said.

Talking to media, he assured that justice will be done and culprits will be put behind bars. On being asked about involvement of government in alleged manipulation in the SIT investigation, the Chief Minister said,

The State is not involved in it. The crime was organized by a bunch of people who have earned ridiculous wealth either by axing forests or by growing apples.

Now the case is in the hands of Central Bureau of Investigation (CBI). If anyone has complaints, then he/she can go CBI, he further said.

On being asked about the four photos allegedly uploaded from his Facebook account, he said he has no knowledge about it. It’s nothing, he said, adding that these days people keep uploading anything on social media they want.

Posting of Four Photos on CM’s FB Page Was A Technical Error: Butail

The IT Advisor, Gokul Butail, on the other hand, has clarified that it was a technical error. He said the allegation are false, and there was no intention to fuel any sort of rumors.

The clarification came after the case was transferred to CBI after uproar over alleged conspiracy in SIT investigation to save some influential people involved in the heinous crime.

Will hunt for black-sheep within party-fold trying to be hand in glove with BJP: HP CM