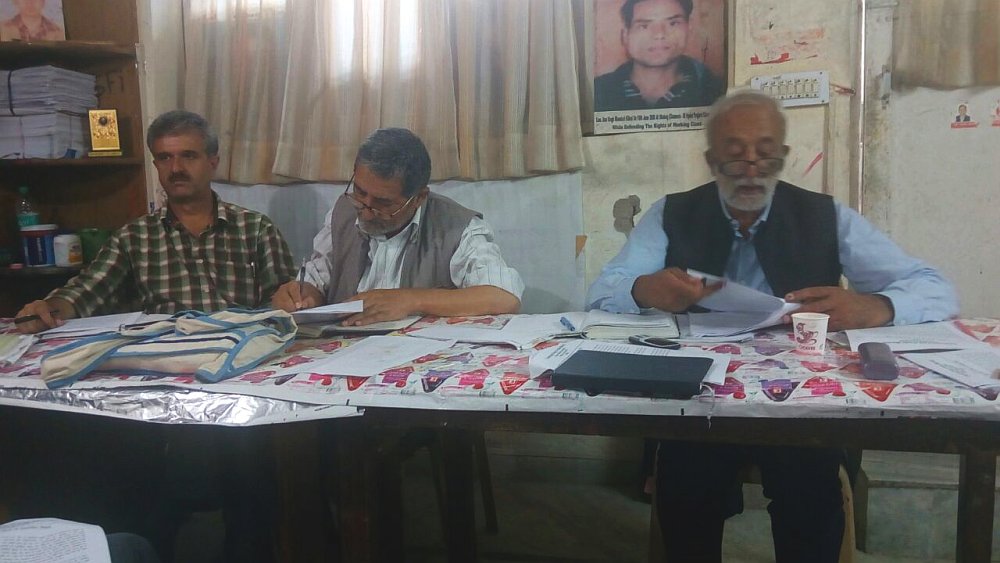 Shimla -State Committee of Communist Party of India (Marxist) has also opened an attack against the State and Centre Governments over various issues. Both Bhartiya Janata Party and Congress were alleged of implementing neo-liberal policies to benefit the big corporates.

CPI (M) announced it will launch door to door campaign against the anti people policies of BJP led NDA Government at centre and Congress Government in Himachal Pradesh. The campaign will start from August 15 to 31, 2017 at District and Tehsil headquarters, said CPI (M).

The party alleged the Congress Government in Himachal Pradesh of implementing neo-liberal policies too. These policies have resulted in a crisis in agriculture, unemployment, poverty and open loot of resources of the state by big corporate. It further alleged the state government of patronizing various mafia in the state.

There is land, drug, and forest mafia active and growing in the state and common people are targeted and harassed by them but state government remains a silent spectator,

CIP(M) alleged in a statement.

There are serious law and order situations and complete failure of the State to protect the lives of people of the State.

Numbers of Rapes and murders are increasing in the state but the state is not playing any role to implement the law of the land. This situation has forced people of the state to lose confidence in the state and role of the police is under doubt and suspicion in most of the cases.

These policies are responsible for the agrarian crisis in the country and are resulting in large numbers of suicides, said CPI(M). During Lok Sabha elections in 2014, BJP had promised to curtail price rise, to implement Swaminathan Commission report to meet out the agrarian crisis, employment to 2 crore youth every year, 33 percent reservation for women in Parliament and other relief to people, it said.

However, in last 3 year, the government did not give heed to their promises made during elections and implemented neo-liberal policies more speedily and vigorously in the country.

The government withdrew the subsidy on LPG and other essential commodities, it said. The government is indulged in disinvestment of the public sector to benefit big corporate, alleged CPI (M).

The rapid process of economic reforms by the Central Government is putting a burden on the common man and offering incentives and tax rebates to big corporate. This is increasing gap between rich and poor in the country, said the party.

The main demands of the party as follows:

Govt job for all not possible in Himachal due to State’s high literacy rate: CM