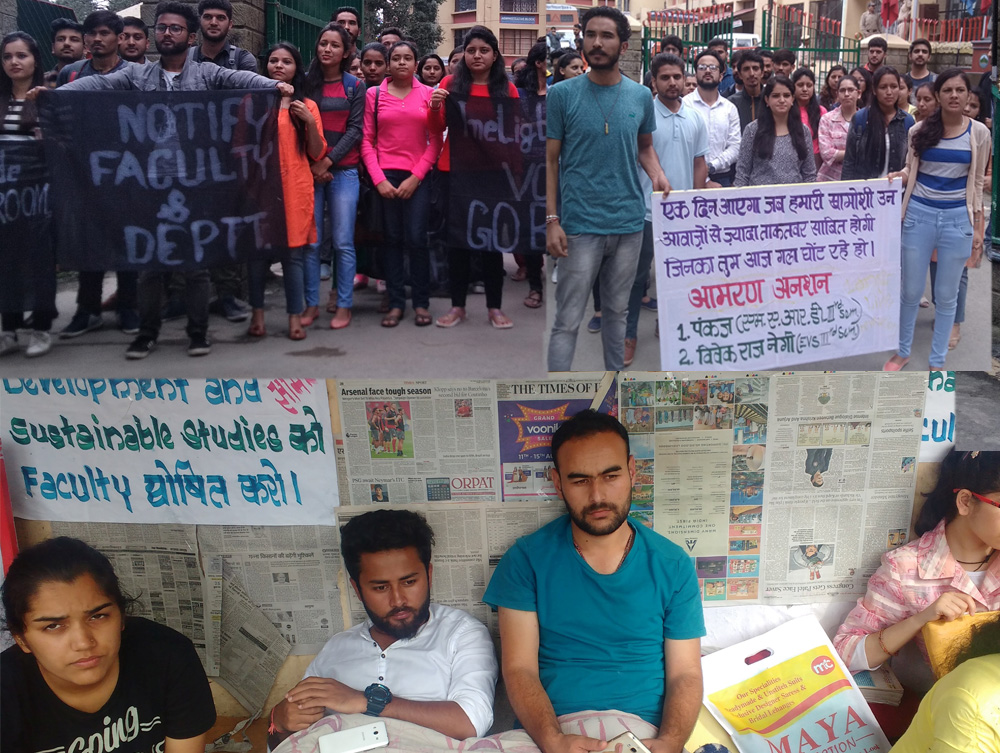 Shimla: Two students of Department of Interdisciplinary Studies (DIS) at Himachal Pradesh University initiated fast unto death on August 23 over their demands. The students were agitating for several days now. They were on an eight-day chain hunger strike and even staged protests outside the office of the Vice-Chancellor.

After facing rude neglect from the administration, the students of MBA-Rural Development, M.Sc. Environmental Sciences, Master in Fine Arts and Department of Disaster and Disaster Management, have now taken to fast till death. 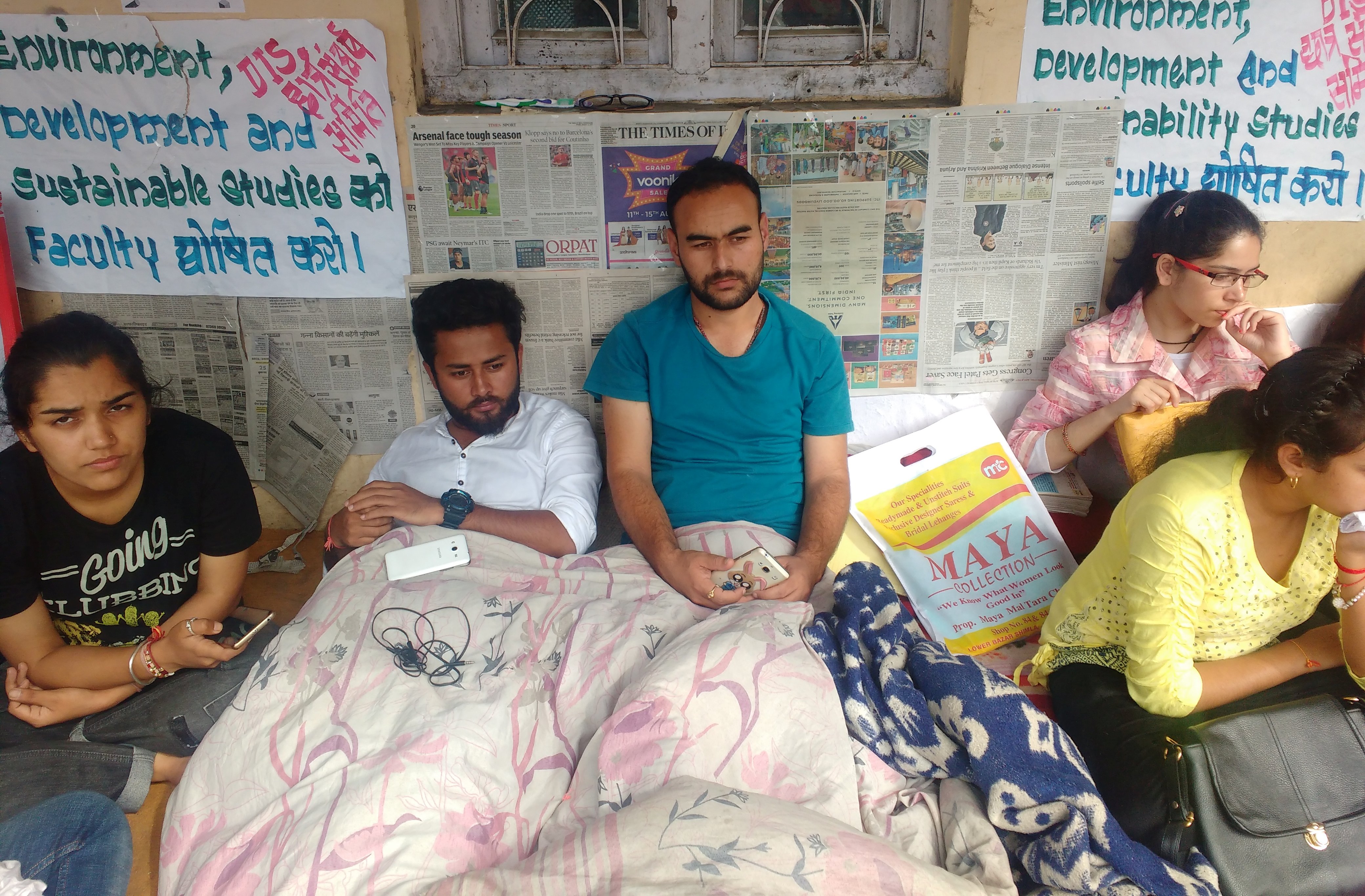 It’s pertinent to mention that this protest is not led by any student organization or political ideology. Rather students of the DIS have united to form “Chatra Sangharsh Morcha” to fight for their rights. 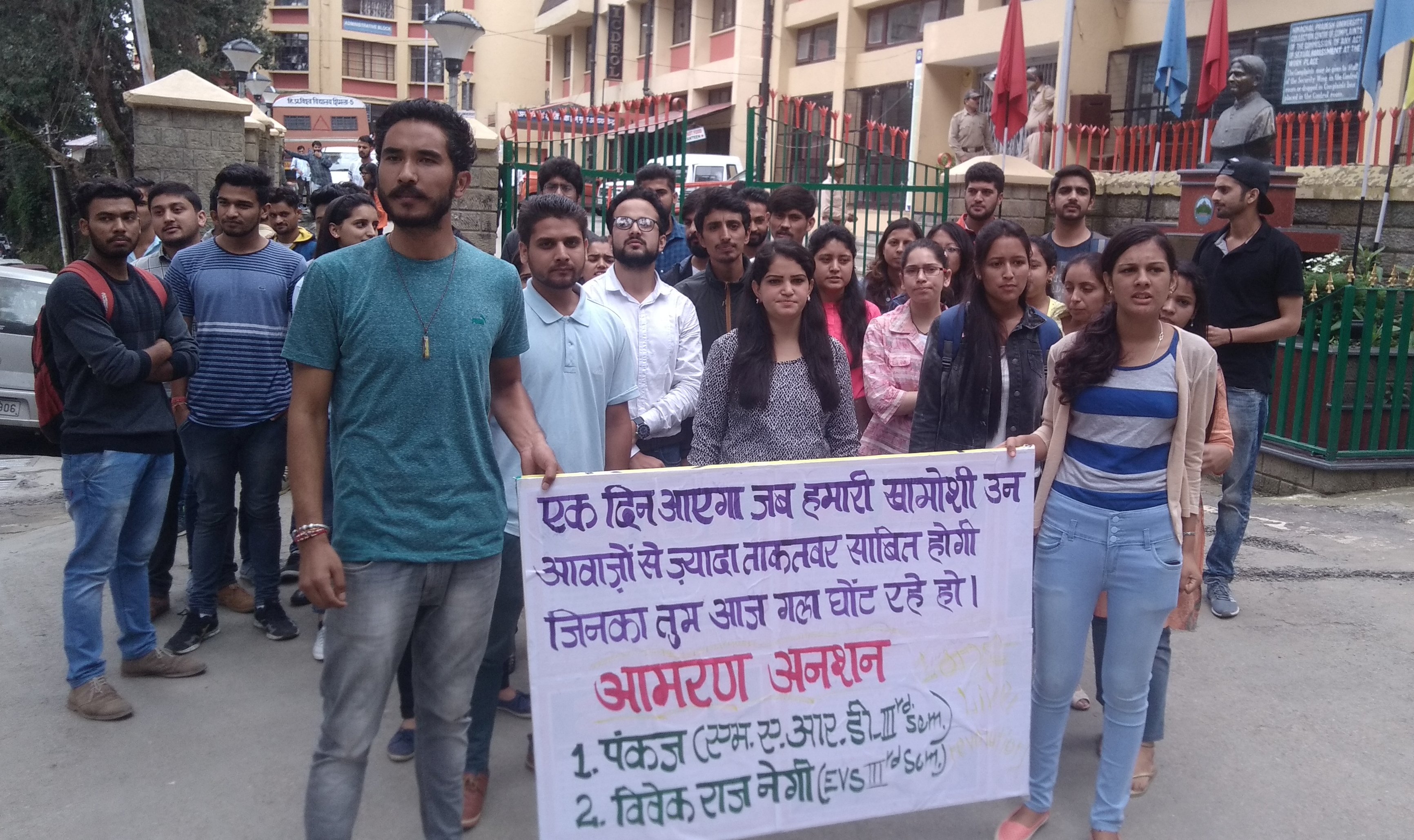 These students are demanding fulfillment of the notification made regarding the faculty & department, the appointment of Dean & HoD, proposed Ph.D. seats, class rooms for M.Sc. Environmental Studies, MBA-RD, MFA & PGDDM courses, and provision of computer labs in the basement of Integrated Institute of Himalayan Studies.

University authority proved to be a lame duck. It has failed to obtain the related files pending in the Governor House since 15 September 2015,

In a joint statement, the Morcha said,

It is a shameful act by the authority that the Vice-Chancellor of the university is advising the agitating students to go on with their chain hunger strike. We were stunned at such indifference of the varsity authority as they were expecting some concrete action.

The students said they stand firmly for their genuine demands. Only the fulfillment of these demands will culminate their agitation.