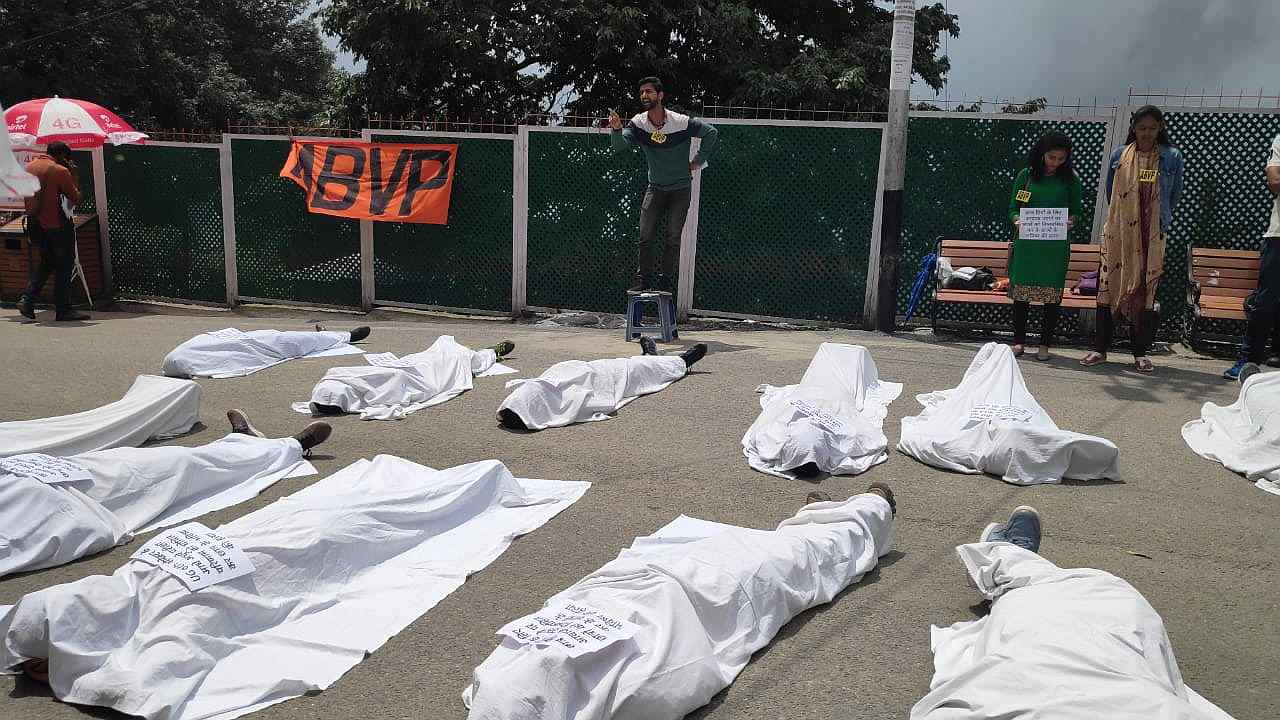 Shimla– The Vice-Chancellor of Himachal Pradesh Univesity, Sikander Kumar, is facing backlash from students after he made the varsity a laughing stock by releasing merits list for PG classes without completely declaring and settling results of UG classes.

Both student organisations, Akhil Bharatiya Vidyarthi Parishad (ABVP) and Student Federation of India (SFI) are up in arms against the VC, alleging him of incompetence to handle the affairs of the varsity properly. Also, both students organizations have been alleging the varsity of irregularities in admissions to P.hD and MCA.

The students are alleging that not only the dictatorial attitude of the VC mentally harassing thousands of students across the state but also harassing those students who are protesting against prevailing disorder and irregularities in the working of the authorities.

It’s pertinent to mention that the varsity on Thursday suspended 10 members of the ABVP for staging protest over delay and irregularities in the UG results due which students were facing huge inconvenience.

ABVP, during another protest on July 19, termed it a dictatorial and one-sided action aimed at suppressing the voices protesting against corruption and the harassments students were facing.

SFI also criticized this action of the varsity. Irrespective of the organization to which they belong, SFI condemns the suspension of these students who were protesting against prevailing disorder at the campus, said SFI campus secretary Jeevan Thakur.

Today, #ABPV staged another #protest over the suspension of its members at the #HPUniversity campus, #Shimla, in which students laid down on the ground pretending to be dead bodies, terming it a symbolic representation of the future of students.#HimachalPradesh pic.twitter.com/UMQtTAejiF

Today, ABVP staged another protest over the suspension of its members at the campus in which students laid down on the ground pretending to be dead bodies, terming it a symbolic representation of the future of students. 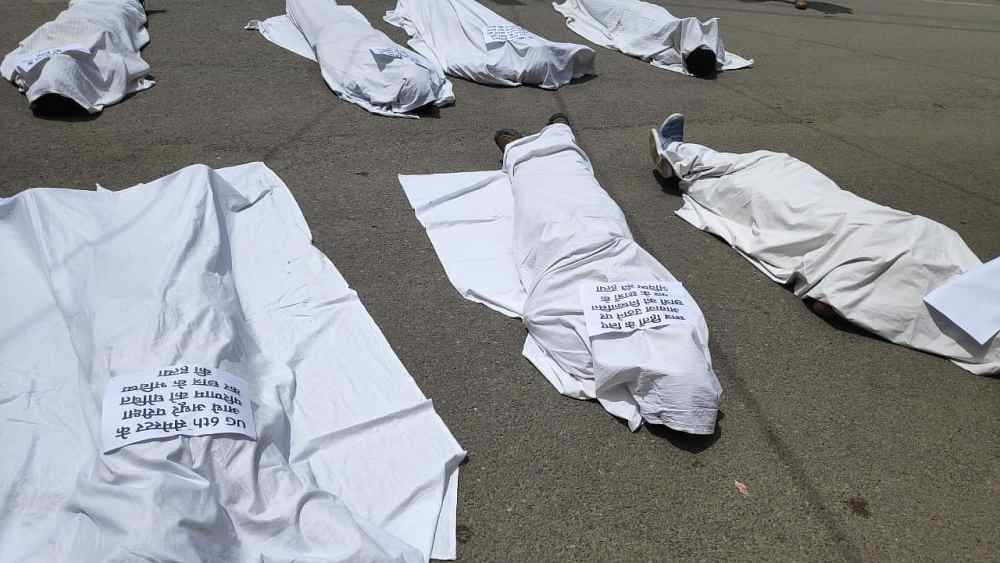 The students warned that a movement similar to JP Narayan of 1975 that was organized to end the emergency like situation would be re-created against VC’s dictatorship.  ABVP demanded to revoke the suspension of 10 students and properly declare the UG results. The organization warned that if the varsity does not accept these demands, a massive protest would be organized on July 22 – the foundation day of HPU. Chandel has warned that not even the Chief Minister would be allowed to enter the varsity campus on that day. 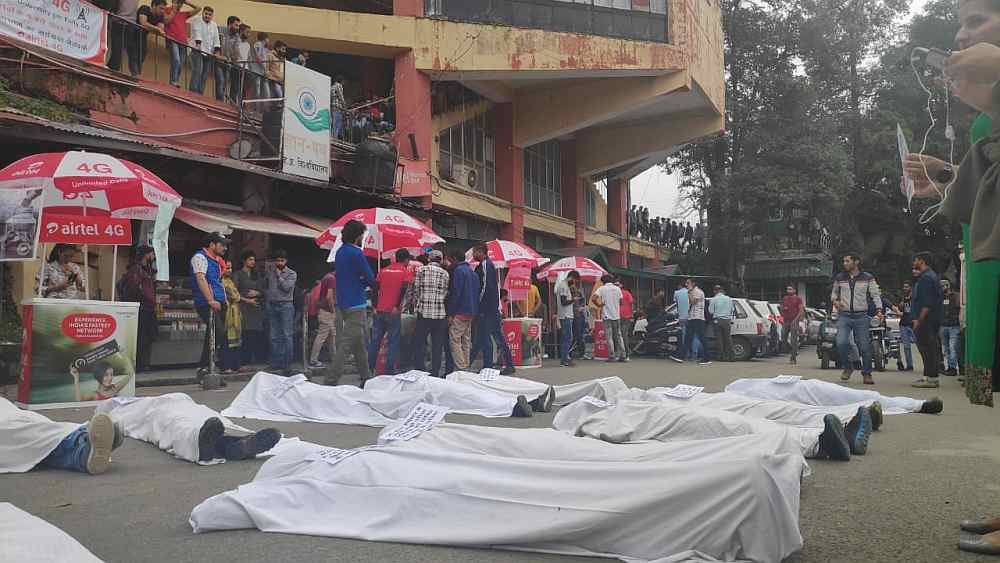 SFI also alleged the current VC of adopting a completely dictatorial attitude towards students and raised questions over the working of the varsity authorities.

The varsity failed to settle the results of the sixth semester of UG classes by July 19. The students are compelled to visit the varsity themselves to get their results corrected. Moreover, without settling UG results, the varsity has released the merit lists of the entrance exams for PG classes, said SFI.

It said the VC is more concerned about protecting his staff responsible for creating disorder and indulging in corrupt practices. Letters with false allegations against them were being sent to the parents of those students who were taking part in protests, which is leading to mental harassment of both students and parents, SFI alleged.

Students are being treated like captives in hostels. Even 24×7 library was made inaccessible to students. The inter-hostel outing in girl hostels was also suspended, said SFI.

The campus president of SFI Vikram Thakur alleged that the varsity is consistently depriving students of their democratic rights. He urged the students to unite in order to end this dictatorial attitude of the VC.