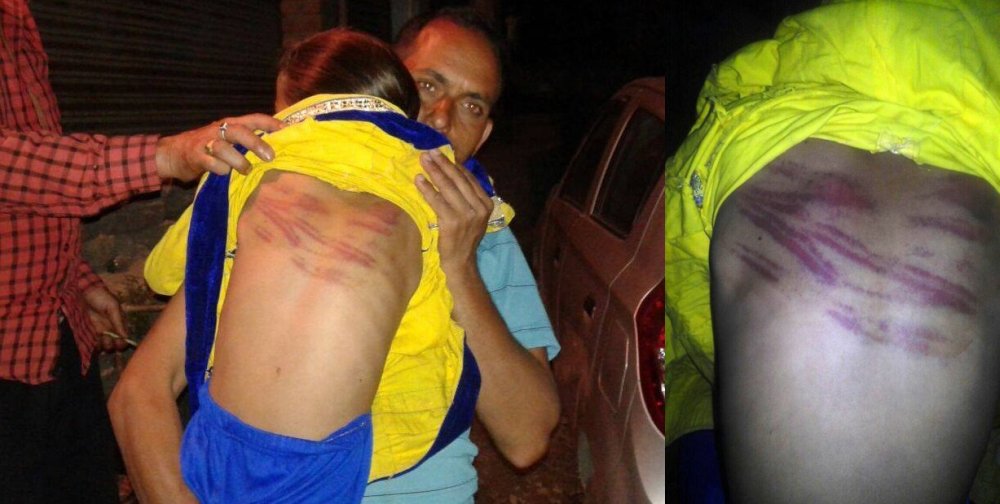 Culprit teacher enjoys an influential background and pressurized the parents of the girl to hush up the matter. Police also confirmed that the parents were not willing to file a complaint against the culprit teacher.

As per the girl, the teacher had asked her to solve a sum on the blackboard, but she wasn’t able to write properly on blackboard due to her short height. Infuriated over it, the teacher allegedly beat the girl mercilessly.

The girl reportedly fainted soon after reaching home. Parents were horrified after they discovered evidence of torture on the back of their daughter.

The case appeared first on Social Media on August 25 when one Vivek Anand posted two pictures showing the wounds inflicted on the girl.

Vivek alleged the 108 ambulance, in which the girl was being carried for treatment, was also obstructed on its way to the hospital. The girl remained unconscious for several hours.

The police confirmed registration of a case against the teacher for corporal punishment under Section 75 and 82 of Juvenile Justice Act and 323, 506 of IPC. However, the police did not confirm the arrest of the teacher.

A couple of days ago a primary school student (girl) was beaten black and blue in a school in Chamba. The parents of the girl did not want any action against the teacher. But seeing the gravity of the offence, the police has registered a case against the teacher,

As the news broke out on Social Media, the Deputy Commissioner of Chamba reportedly ordered an inquiry into the matter. The teacher was suspended by the department.