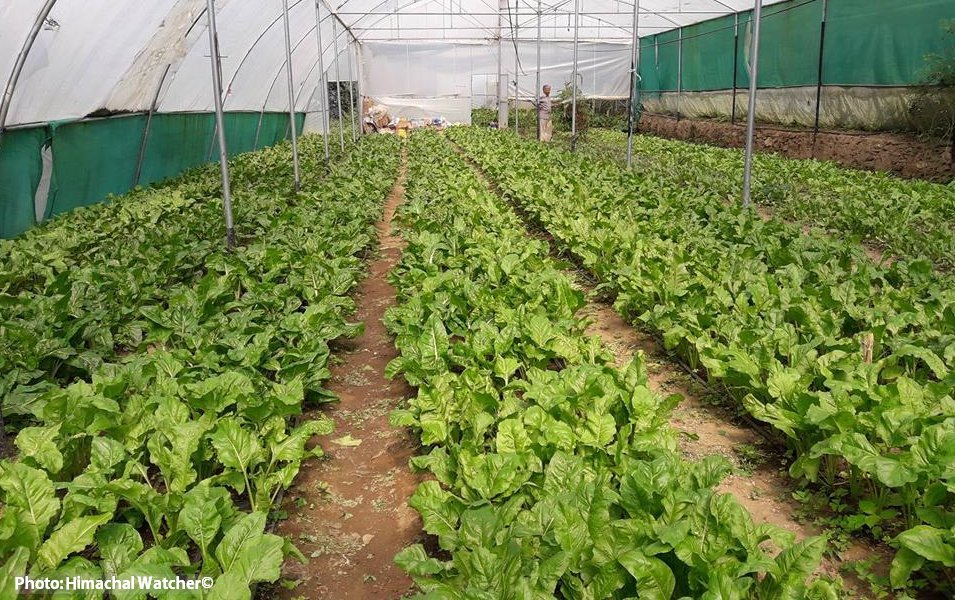 Currently, the vegetable growers are fetching a net return of Rs. 60,000 to Rs. 100,000 per hectare from off-season vegetables

Shimla: Himachal Pradesh Government claims the diversification of crops has transformed the rural economy and economic growth of the state as the farming community is adopting new cropping pattern that has boosted the off-season vegetables in the state.

Himachal has already earned a name “the fruit bowl of the country” and now, the state is fast emerging as a ‘Natural Glass House’ of the country in the production of vegetables.

The agriculture sector provides direct employment to about 62 percent of the main working force and makes about 10 percent of the total state domestic product in the state.

The vegetable crops are grown in Himachal ranging from the Shiwalik foot hills to High Alpine Zone up to 4000 meters above sea level.

The area under vegetable crops has increased to 77000 hectares with a production of about 16.54 lakh metric ton as compared to only 5.80 lakh metric ton during 2000-01, said the government.

About 40 thousand farmers have come forward for adopting organic farming in the state.

The government attributed this growth to the initiatives of the Agriculture Department.

The farmers are provided subsidized materials and high yielding hybrids of vegetables. The micro irrigation system and organic farming were promoted, it said.

The government said it is making efforts to bring more area under irrigation facility as mostly the farmers are dependent on rain harvesting, said the government.

A ‘Centre of Excellence’ for vegetable nursery production has also been established at Jubberhati in Shimla district and two more such centers are being set–up at Solan and Mandi districts.