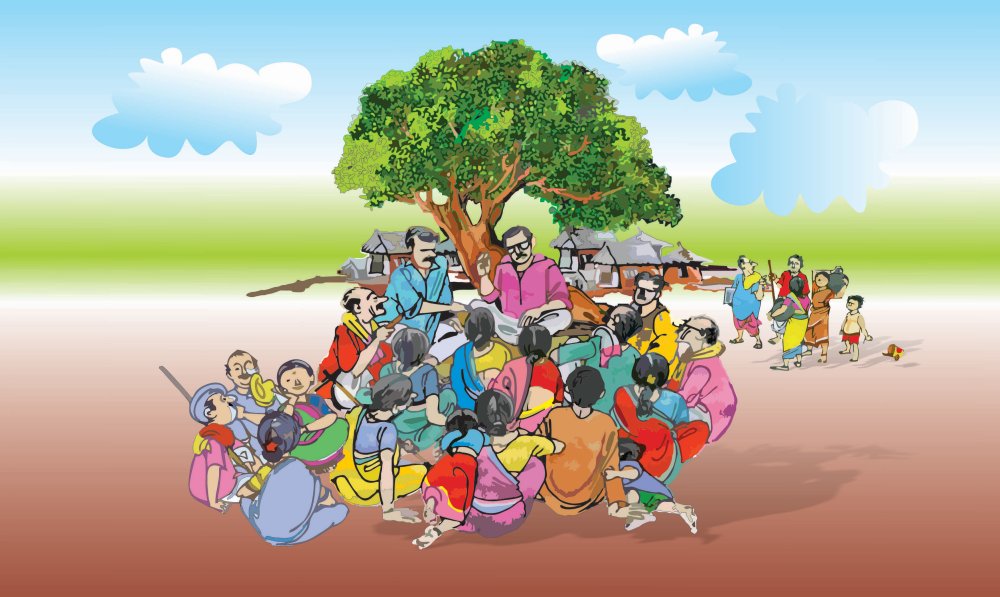 Owing to the successful enforcement of 50 percent reservation policy for women, 58 percent of elected PRI representatives in this hill state are women, it said.

Shimla: Amid allegations of minimal development ahead of the assembly polls, Himachal Pradesh Government claims to have made the state a role model in the implementation of the Panchayati Raj system in India.

In an official statement, the government released some statistics claiming success in implementation of the Panchayati Raj system in the state.

Owing to the successful enforcement of 50 percent reservation policy for women, 58 percent of elected PRI representatives in this hill state are women, it said.

The government claimed that all PRI’s are now entirely computerized, have all infrastructural facilities, adequate staff and frequent training are being organized.

Hundreds of vacant posts were filled in various PRIs and more will be filled in future, it claimed. The statement said Rs. 48.06 crore has been further approved for various activities in the PRIs. The honorarium of elected representatives of the PRIs was also enhanced, said the statement.

Out of the approved amounts of Rs. 48.06 crore under Rajiv Gandhi Panchayat Sashaktikaran Abhiyan, Rs. 7.42 crores will be spent on the renovation of 226 Panchayat Ghars and Rs.7.50 crores for the construction of new Panchayat Ghars.

Rs. 50 lakh will be spent on development of Panchayati Raj Institution, Baijnath.

The Mission Mode Project (e-Panchayat project) of the Government of India has proposed 11 core software applications for the PRIs, and Himachal has already provided seven of them. Training sessions related to using these softwares for the officials of the Panchayats/Departments were organized at the Panchayati Raj Training Institute, Mashobra. The PRIs have started working on these software applications, said the statement.

In order to make the panchayats free from stray cattle, the government has rolled out a scheme under which two best panchayats in each block will be awarded Rs.7.80 crore prize money.

Some amendments have been made in HP Panchayati Raj Act, 1994 to ensure attendance, it said.

As per the amendment, the Gram Sabha meetings will be held in the month of January, April, July, and October in such a manner that all panchayats are covered in a district in each of such months. The quorum for the general meeting of Gram Sabha has been reduced from one-third to one-fourth.

To discuss the issues relating to the women and children and other issues, a provision has been made to organize two Mahila Gram Sabhas – first on March 8 and second on first Sunday of September in every Gram Sabha.

Further, the government claimed that the accounts and records of the PRIs are properly maintained with complete transparency and accountability in the functioning of the department.