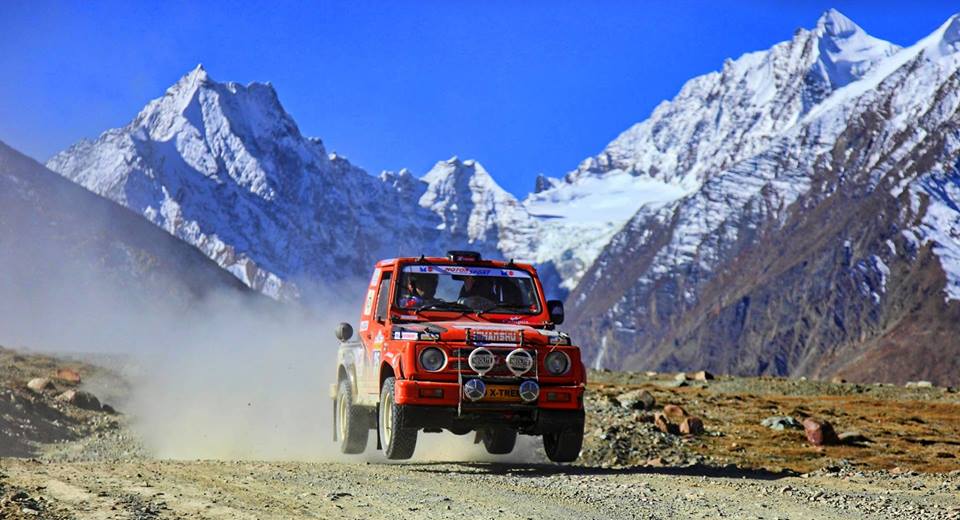 Suresh Rana, the Himachal Rally star, will attempt his 11th win this year. He will be facing a tough competition from his rivals Sandeep Sharma and Samrat Yadav.

Shimla: The 19th edition of the Maruti-Suzuki Raid-De-Himalaya will be held from 6 to October 14, 2017. The event will be co-organized by the Department of Youth Services and Sports, Jammu and Kashmir Tourism and the Himalayan Motorsport Association, Shimla.

Both categories of raiders, the X-treme and the Adventure, will be tested at high altitude, forbidding terrain, sub-zero temperatures, as well as for the mental fatigue as they cross over from Himachal into Ladakh. In doing so, the raiders will be negotiating the world’s highest mountain passes-ShingoLa, BaralachLa, TaglangLa, WariLa, and KhardungLa.

Once the Raid reaches Leh on day four, it branches off to Kargil and the rugged Zanskar Valley for another two grueling days of competition. The Raid concludes upon its return to the Ladakh on October 13.

Suresh Rana, the Himachal Rally star, will attempt his 11th win this year. He will be facing a tough competition from his rivals Sandeep Sharma and Samrat Yadav.

The Indian Army has fielded 8 entries in their team. Lt. Col. Shakti Bajaj will lead the charge for his team.

Six women teams are taking part with Shuchi Thakur of Himachal slated to take the win in this category. Manisha and Malu, driving a Mahindra Scorpio are coming up all the way from Mumbai to fight for top spot in the Adventure category since Maruti is no longer supporting a team.

The reports of early snowfall on the passes are adding to the excitement.

To co-ordinate necessary arrangements with different departments for the successful organization of the event, a meeting was also held on September 26 under the chairmanship to Onkar Sharma, Principal Secretary (Youth Services & Sports).

The Himalayan Motorsport Association has created the event in 1999 and this year, about 300 enthusiastic participants will take the adventurous journey on the ambitious route spanning about 1800 km across the exotic Spiti, Leh and Zanskar Valleys.

Solan gets Himachal’s first ‘One Stop Centre’ for victimized women