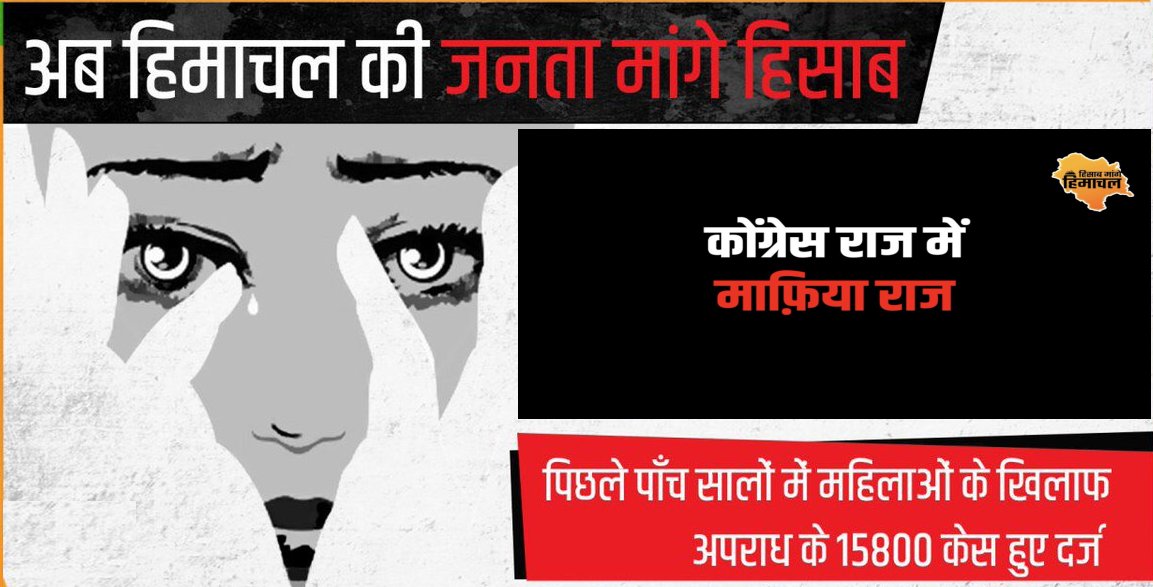 Shimla:Bhartiya Janata Party has trusted a large amount of their energy and money in pointing out negatives of the ruling Congress government in Himachal Pradesh. BJP isn’t talking about what it would do for the people if it comes into power but is only preaching what wrong the Congress government has done.

The party is coming up with catchy titles for its political campaigns. The latest campaign is Hisaab Maange Himachal. In the second phase of this campaign, BJP has released two video series – ‘Vidhayak Ji Jawab do’ and ‘Main Hoon Himachal’.

BJP is spending a lot on social media too. These videos are being circulated through a special vehicle (Parivartan Raths), social media including Facebook, Twitter, and YouTube.

BJP claimed its IT Cell has created 7000 WhatsApp groups where these videos are being circulated. BJP has also issued a cellphone number (7574068068). Anyone can give a missed call on this number and receive links to these videos via SMS.

Under ‘Vidhayak Ji Jawab do’ series feature 36 video-based charge-sheets against 36 Congress MLAs with a demand of accountability for governance failures and unfulfilled promises of the past 5 years.

Congress MLAs have been sleeping over their political positions and as a result, no development work had taken place in their constituencies, said BJP.

BJP expressed shock over the fact that a lot of these MLAs have ministerial berths in the cabinet and many others have been designated as parliamentary secretaries.

The ‘Main Hoon Himachal’ video shows insensitive and incompetent tenure of the Congress government and the real and everyday problems that they face, claims BJP. The videos show how the government has deceived the youth, women, farmers and government employees.

Further, the contents of the video contain arguments about various kinds of mafia that are being patronised by Congress government. The money that should have been spent on the development of Himachal has found its way to the pockets of Himachali MLAs., said BJP.

A staggering number of youths in the state are unemployed and women across Himachal feel unsafe today. Farmers have been at the receiving end of the worst that the Congress government had to offer.

The government has turned a blind eye to the devastation caused by weather conditions and farmers are struggling to fetch fair prices for their produce. It is a cruel joke that MSP for apple has seen an increase of 75 paise only in the last 5 years, said BJP.

Government employees are forced to knock on the court’s doors to get their pensions. Anganwadi workers, who work at the frontlines of rural health care, have been denied fair compensation for their indispensable services.

On the other hand, the Chief Minister Virbhadra Singh claims everything to be tip-top.