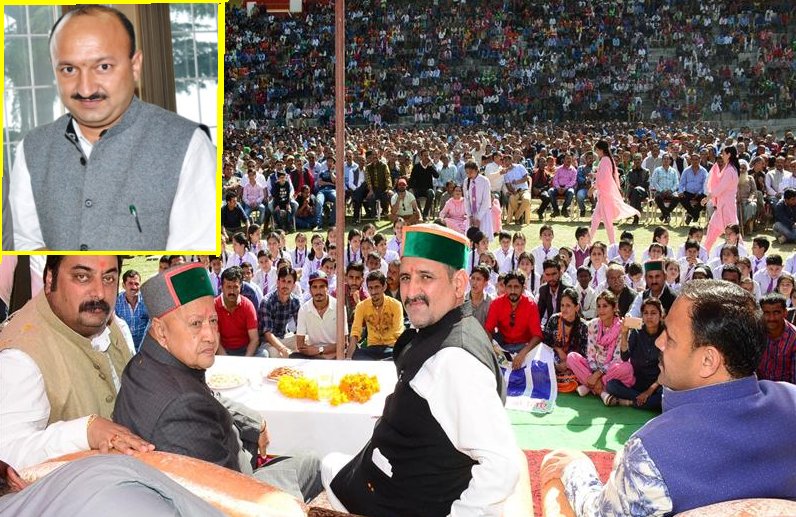 Virbhadra said Dr. Subhash Manglet would be his personal choice for contesting elections on Congress ticket from the Chopal constituency.

Shimla: The Chief Minister Virbhadra Singh opened a sarcastic attack against the Balbir Verma, MLA from Chopal. Balbir could not digest the development of the area and betrayed the people by shifting loyalties to the BJP just before the elections, he said.

The Chief Minister was addressing a public meeting at Nerwa in Chopal Tehsil of district Shimla.

Anyone who believes in purchasing votes can never be a true benefactor of people,

He further added that after last Assembly elections, Balbir Verma came to him and urged him to make him an associate member of the Congress.

Later, he started taking the credit of development in Chopal and blamed me for carrying out development only in Rampur and Rohru region, said the Chief Minister.

I hope the people of Chopal will not fall prey to false promises of anyone in future,

Virbhadra said Dr. Subhash Manglet would be his personal choice for contesting elections on Congress ticket from the Chopal constituency.

Subhash Manglet said Balbir Verma has betrayed the people and is now boasting that he can mould people of Chopal within 15 days.

Rest, Virbhadra Singh repeated the same old complaint with the selection of the president of the HP Congress Committee.

Today the true concept of democracy was diminishing, rather disappeared in all parties. I believe that elections to various posts, at even Block level, should be in a democratic manner. All the members should come elected and not by nominations,

The Chief Minister also inaugurated Rs. 4.73 crore Industrial Training Institute at Nerwa and asked to start the classes in the old existing college building. He also inspected the newly constructed College building at Nerwa which he inaugurated online a few days ago.