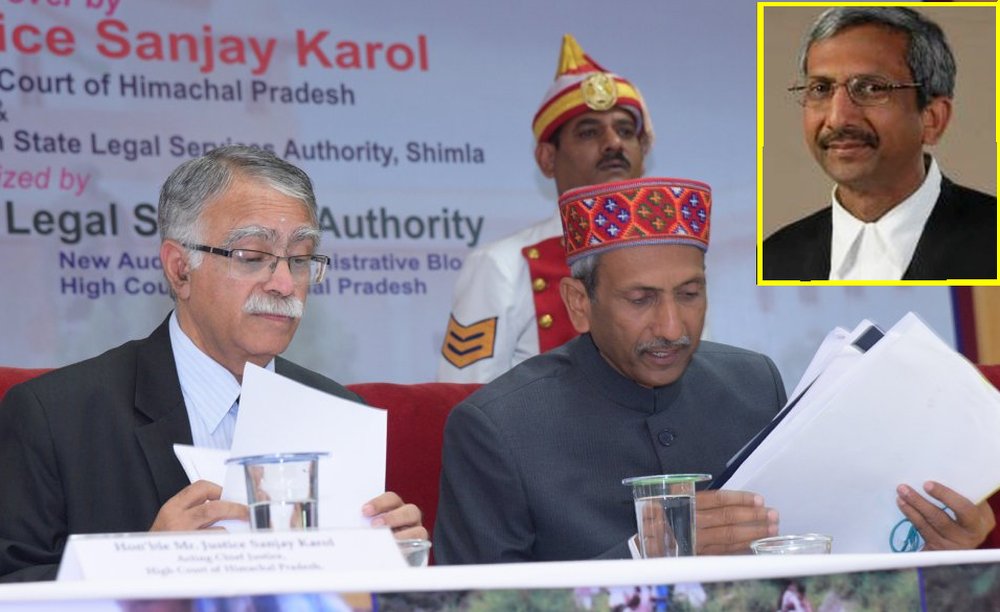 The day, people of India would be able to understand that instead of following the politicians or political figures, people should follow the spirit of the Constitution, they will realize its power.

The event was held at the new auditorium of the State High Court. It was attended by over 300 students of law and teaching faculties from various law universities.

The purpose of this series is to spread legal awareness among all sections of the society and to empower them.

In his welcome address, Justice Sanjay Karol, acting Chief Justice of the High Court, said Justice Goel is a great scholar, a jurist who is also known for his simplicity, and a sage who is full of knowledge and wisdom.

He has delivered several landmark judgments taking into consideration the ground realities. He is also one of the two judges in SC division bench hearing the case related to Vijay Mallya.

Along with showering appreciation over Shimla city, Justice Adarsh Kumar Goel spoke over a very sensitive topic – allegiance to the true spirit of the Indian Constitution instead of following individual figures as heroes.

One must not follow or treat any individual as a hero; rather we must understand and follow the true spirit of the Constitution,

This statement holds the key to the healthy democracy and dream of corruption free India. The day, people of India would be able to understand that instead of following the politicians or political figures, people should follow the spirit of the Constitution, they will realize its power.

However, first the people need awareness about their constitution and this is the purpose of the State Legal Authority.

As a reminder to the government, he said the first and foremost duty of the State is to ensure the “welfare of its people” and to secure “justice for all”, which is the guiding spirit of the Constitution.

A great debate is going on among the great jurists in the Constituent Assembly as to how the principals of Equality, Liberty and Fraternity can be achieved and how justice can be secured for all, he said. 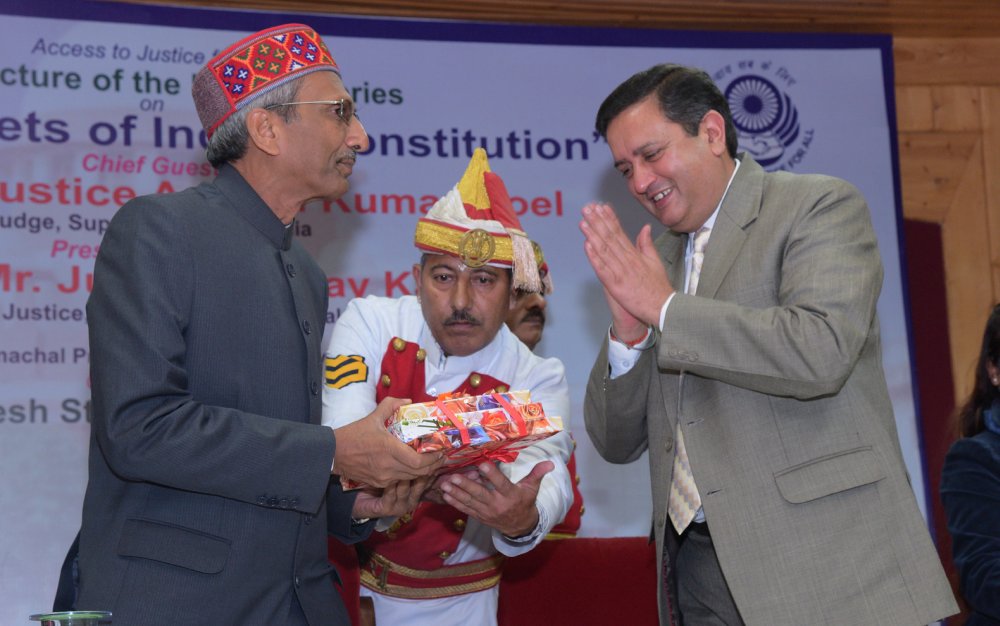 He praised Shimla city of its great attractions and simplicity of the inhabitants.

Himachal Pradesh is one of the unique places on the Earth,

He referred to the concluding speech delivered by Dr. B R Ambadker in the Constituent Assembly and said,

Dr. Ambadker was the greatest Jurist that India has ever had.

Justice Goel said that there are several incidents described in the great epics like Mahabharata and Ramayana which shows us how the “Rule of Law”, was maintained in the society at that time.

Referring to “Chanakya”, he said that almost in every age, India had well-defined sets of laws as a mean to maintain good governance.

During the British rule in India, there was a so-called rule of law, but there was no justice for the common people,

Justice Goel appreciated the initiative of the HPSLS A for the organization of the lecture series and said it is rendering a great service to people in providing “access to justice for all”.

Himachal batsman hits 300 in First Class cricket , that too on his birthday