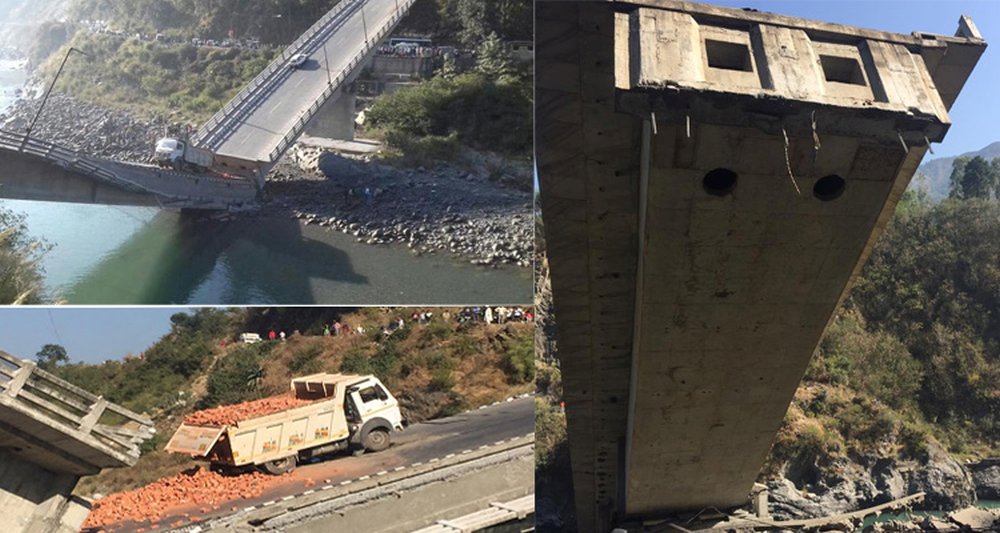 The cause of the collapse could be attributed to either poor quality construction work or some kind of engineering fault in the map, said the DC.

Chamba: A bridge in Chamba district’s Parel collapsed on Thursday in which about six people were reported to have sustained injuries.

About four vehicles including a motorcycle were crossing the bridge while it happened. The motorcycle fell into the river while rest of the vehicles remained stuck on the bridge.

The bridge was only 12-years-old. It was constructed with crores of rupees under the National Bank for Agriculture and Rural Development (NABARD). Virbhadra Singh had inaugurated the bridge in 2005.

The accident has stirred debate over shoddy work done by the private contractors and quality of material used in the construction of the bridge.

As per the eyewitnesses and the district administration, the bridge, located just six kilometers from Chamba town, collapsed at the middle with a sound similar to a blast. 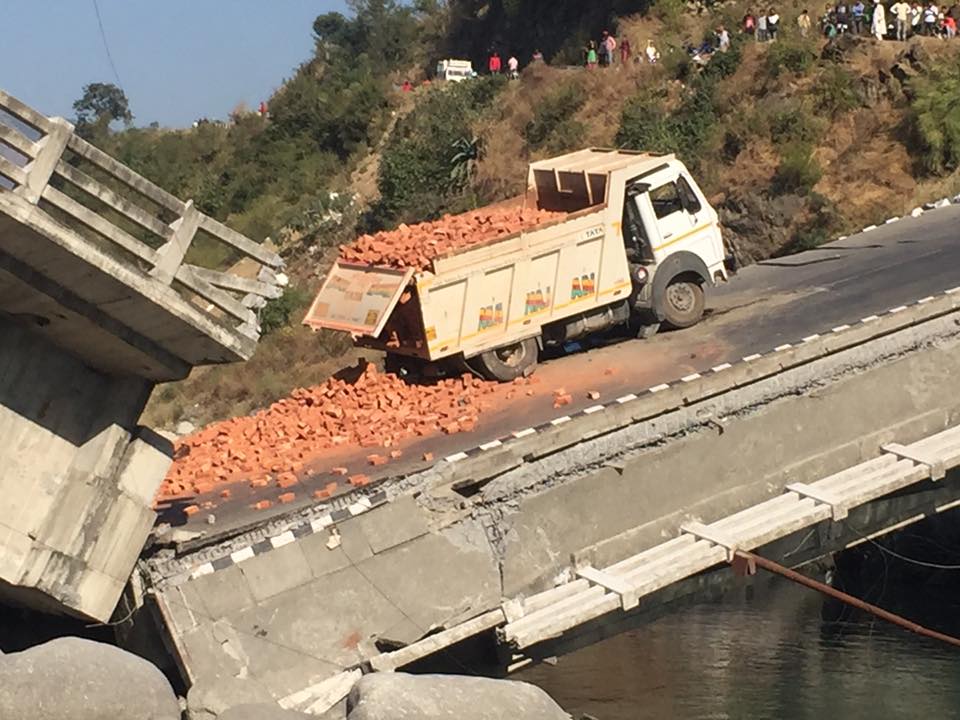 The injured were rushed to the Jawahar Lal Nehru Hospital in Chamba where they are receiving treatment. So far, no loss of life was reported.

Long lines of traffic were seen on both sides and a huge crowd gathered at the spot. 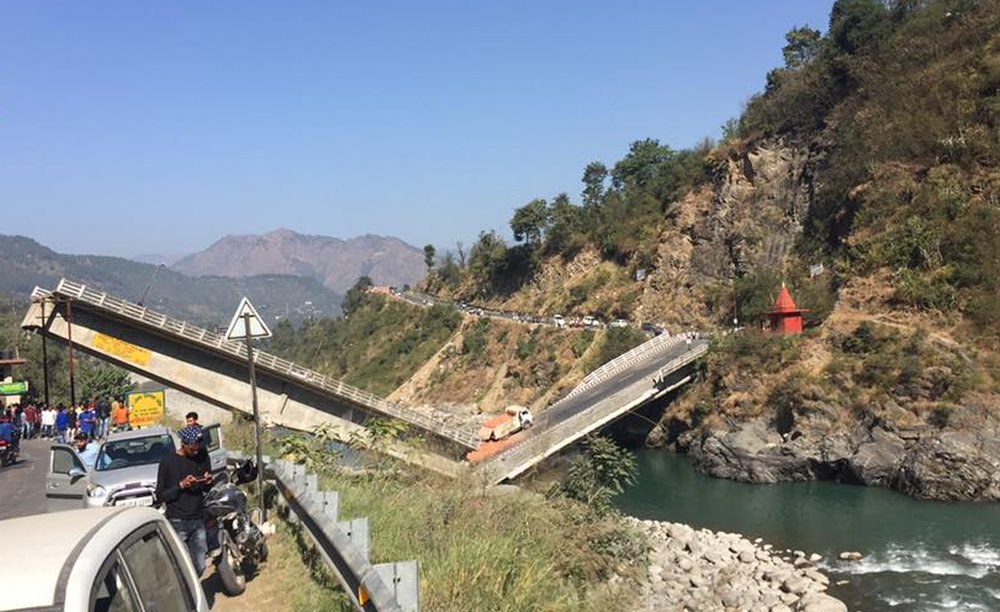 The Deputy Commissioner of Chamba, Sudesh Mokhta, also reached the spot and ordered an inquiry into the matter to certain the cause of the collapse.

The cause of the collapse could be attributed to poor quality construction work or some kind of engineering fault in the map, said the DC.

The cause for the collapse and responsibility for this blunder could be established after investigation by technical experts, he further said.

For now, the traffic is being diverted. 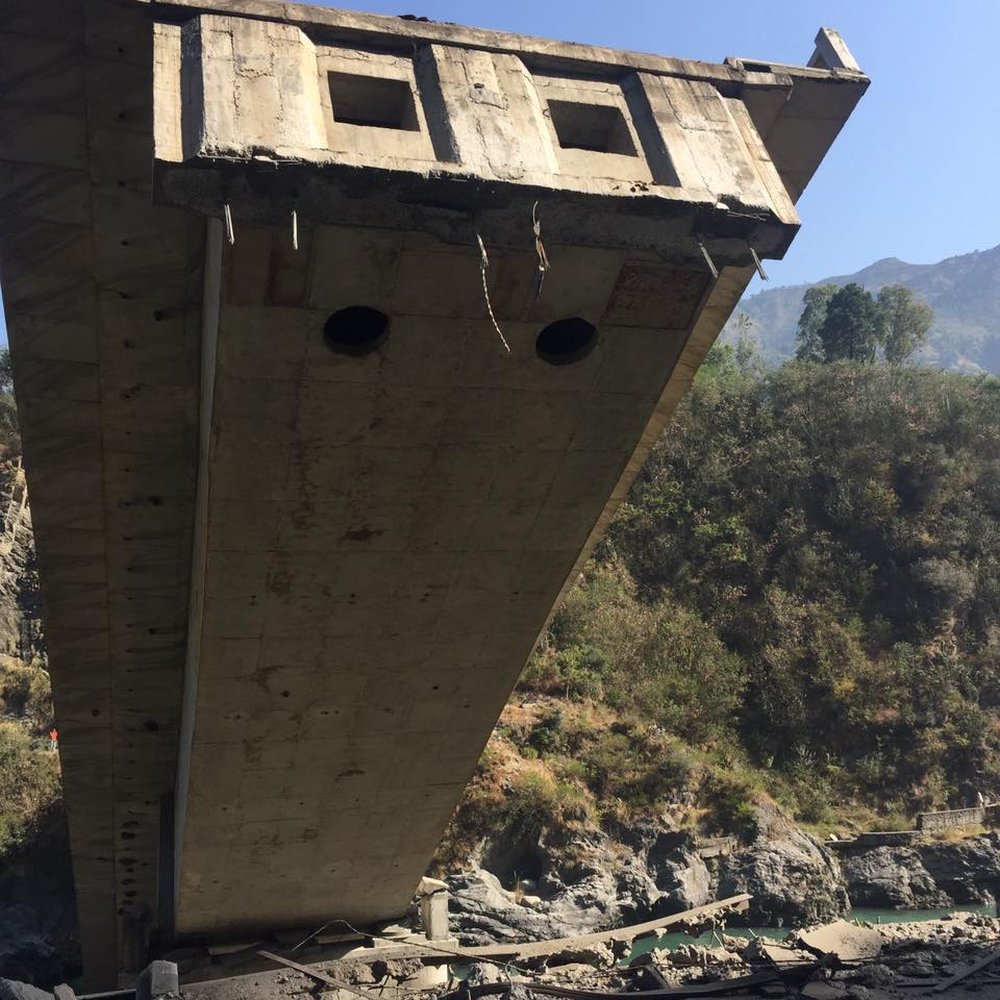