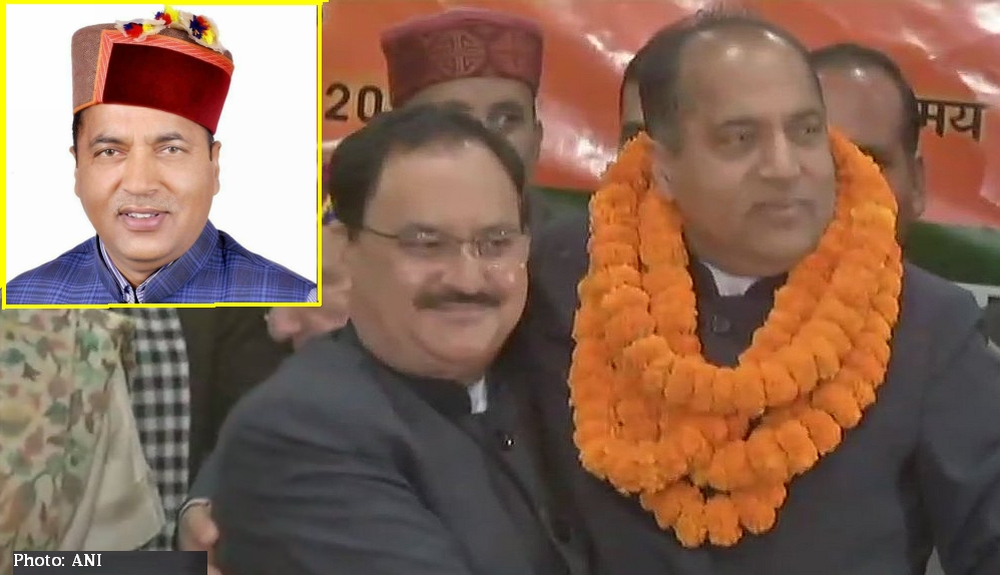 Shimla: The Bhartiya Janata Party, in a meeting of the State unit’s Core Committee held at Peterhoff in Shimla today, finally announced the five-times Seraj MLA, Jairam Thakur (52), as the new Chief Minister of Himachal Pradesh. The declaration has brought all speculation to a halt.

The leaders of the opposition and political critics believe that Jairam’s low profile and his tuning with the Rashtriya Swayamsevak Sangh eventually worked for him. The central observers had reportedly made a special visit to the office of the RSS in Shimla to for consultation over the name for the CM’s seat.

As per initial reports, Thakur will be taking oath as the new Chief Minister of the Hill State in a ceremony to be organized on the historic Shimla Ridge Maidan on December 27. The Prime Minister of India, Narendra Modi, is also expected to attend the ceremony.

The supporters of Thakur are lauding and celebrating literally ‘Congress-mukt Mandi’. The Congress could not even open an account in Mandi district as BJP grabbed nine out of the total 10 seats. The remaining one seat from Jogindernagar went to the billionaire businessman Prakash Kumar, who had fought his first election as an Independent candidate. He defeated BJP’s Gulab Singh Thakur, but is said to have extended his support to the BJP.

The new CM expressed his gratitude towards the  high-command electing him.

Earlier this week, after the declaration of results for the assembly elections in Himachal on December 18, the BJP confronted an obnoxious infighting for the chair of the Chief Minister as the party’s pre-announced candidate, Dhumal, faced defeat by the hands of his Congress-rival while batteling for the Sujanpur constituency.

A considerable chunk of winning MLAs, who are loyal to the two-times Chief Minister, Prem Kumar Dhumal, created rucksuck over the demand to give master the top post, as announced by the high-command prior to the polling and declaration of results.

However, Dhumal camp was somehow convinced to support Jairam as the new Chief Minister. Dhumal, on Saturday, had released a media statement, in which he had refuted the claims that he was still in the race for the top position.

With the defeat of its CM face, Thakur’s name instantly appeared as the alternate candidate of the BJP. For the last six days, the BJP was not able to celebrate its victory due the to chaotic atmosphere.

Earlier, the names of the Union Minister Jagat Prakash Nadda, Rajive Bindal, and Suresh Bhardwaj were also highlighted as deserving candidates by their respective supporters.

However, Jairam Thakur has emerged as the new face of BJP in Himachal.

Thakur is considered a soft-spoken person who hails from a humble farming family of Mandi. He did his post-graduation from Panjab University in Chandigarh.

He has won the five assembly elections from Seraj constituency of Mandi district. The by-election of 2014 was the only occasion when Jairam Thakur had lost elections to Pratibha Singh, wife of Virbhadra Singh.

He is believed to be closely associated with the Rashtriya Swayamsevak Sangh (RSS) and has served as Minister of Rural Development and Panchayati Raj in previous BJP governments. During 2007 to 2009, he has served as the party president.

Will do away with Himachal’s ‘retired & tired’ officers and VIP culture: Jairam