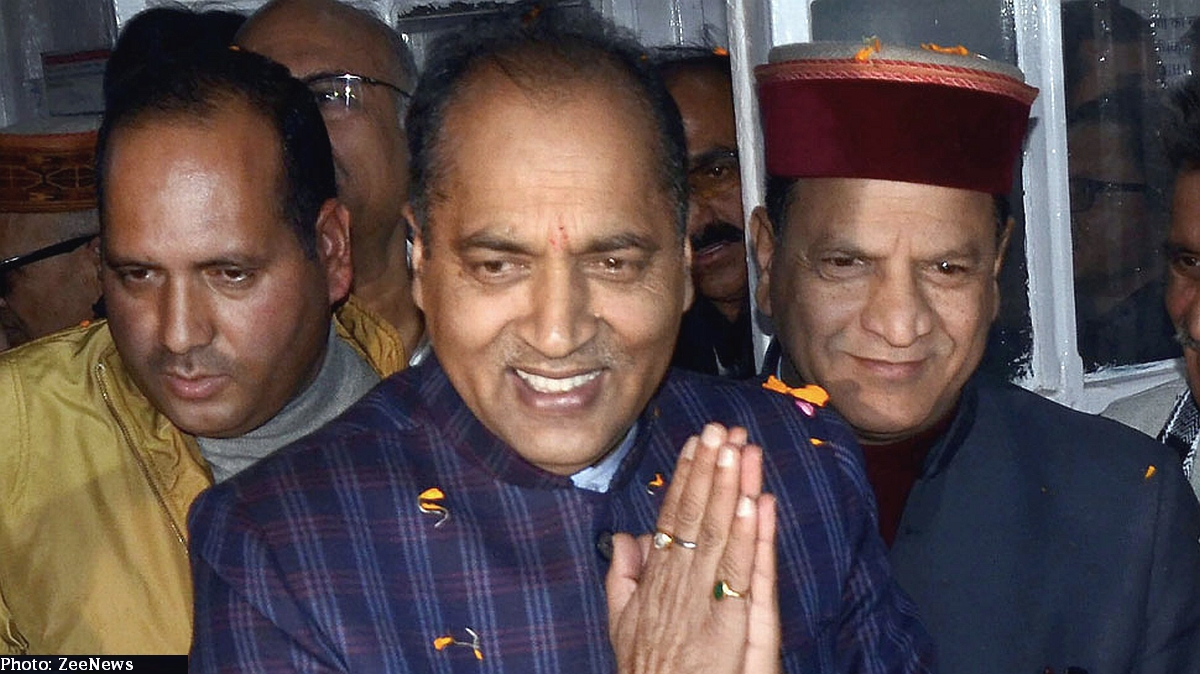 The oath-taking ceremony of Thakur on the historic Shimla Ridge Maidan will be attended by the Prime Minister, BJP Chief Amit Shah, and over a dozen of Chief Ministers of other states.

Shimla: The Chief Minister-designate Jairam Thakur, in his first media interaction, made admirable announcements over vital issues like firing “retired and tired” officials and abolishing the VIP culture. The first thing the new government would do is to send all those employees home who were re-appointed by giving them extensions after their retirement, said Thakur.

Secondly, the new BJP government would abolish the prevailing VIP culture, he told the media.

Firing unworthy, retired bureaucrats, who were granted extension as incentives for their loyalty to the ruling Congress party, is a much-needed action to cut-lose the additional financial burned on the State and to pave way for promotion of worthy and deserving officials.

All the retired and blue-eyed bureaucrats who were re-employed by the previous government will have to go now,

he told the media.

Further, all decision taken by the government during the period of three months before elections would be scrutinized and reviewed, Thakur told the media, which means re-shuffling of the bureaucrats as per the suitability of the party. It is not about political vendetta or revenge, he explained.

The oath-taking ceremony of Thakur will be held on December 27 on the historic Shimla Ridge Maidan, which will be attended by the Prime Minister, BJP Chief Amit Shah, and over a dozen of Chief Ministers of other states.

Though still to sworn in, Thakur has been given all facilities provided to the CM, and his mobility has also increased as the CM.

On December 25, Thakur visited the patients at the Deen Dayal Upadhyay Hospital on the occasion of the birthday of the former Prime Minister of India Atal Bihari Vajpayee. 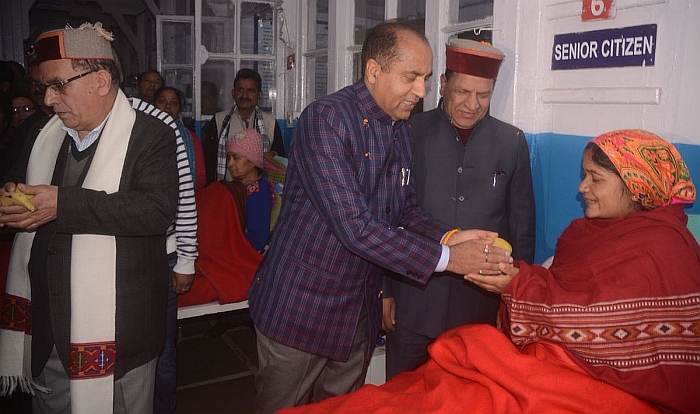 Pursing works of “social good and alleviate suffering” was cited to be the main motto of his government.

Meanwhile, after a boisterous show and lobbying for the top post, the elected MLAs are eyeing seats in the 11-membered cabinet of Himachal.

Thakur says his cabinet would incorporate both new and old generation leaders.

The cabinet will have both experienced and new faces, he said.

The speculated names for the Cabinet includes Rajeev Bindal, Kishan Kapoor, Sarveen Chaudhary, Mohinder Singh, Anil Sharma, Narinder Bragta and Ramesh Dhawala. Among the new faces, Gobind Thakur, Vikram Jaryal, Rakesh Pathania and Rajeev Sahjal are believed to be the eligible candidates that the government could include in the Cabinet.

The hopes of the people from the new, younger Chief Minister are sky-high owing to his individual image and political history.

The 13th Chief Minister of Himachal Pradesh, a five-time Member of the Legislative Assembly of Himachal Pradesh, Jairam Thakur hails from a poor family of farmers in Tandi village of Mandi’s Thunag region, and he has struggled a lot for education. This is what Thakur and his octogenarian mother, Biri Singh, told the media about the family background.

His mother is the happiest of all among those who wanted to see Jairam Thakur as the Chief Minister.

My son has seen extreme poverty in his childhood,

My childhood was like any other village lads. My parents worked in the fields, and for us (three brothers and two sisters) life was not a luxury due to our father’s limited earning,

I realised my parents could not have afforded my college education, so I did not force them to. I used to work with my parents and helped augment the family income until I managed to collect money for college,

The new to be Chief Minister has an image of clean politician,  and hardly any controversy surrounds him despite a long political career in which he has not only represent the Seraj constituency as the elected MLA but also held the command of the State unit of the Bhartiya Janata Party in Himachal from the year 2009 to 2013.

Thakur had done a much better job as the party president than the current chief and defeated candidate Satpal Singh Satti.