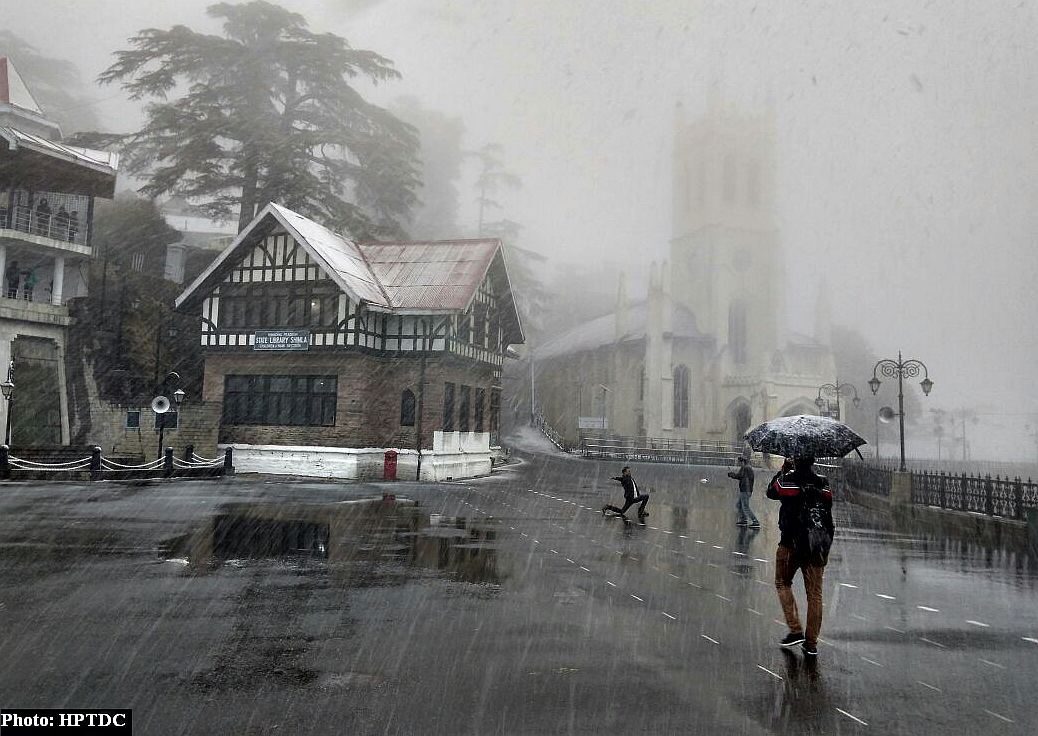 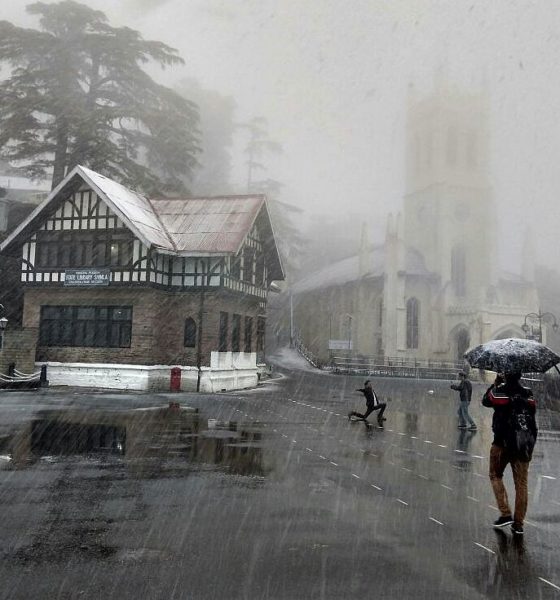 Shimla: As a little respite from the prolonged dry spell that has rung the alarm bells, some districts of Himachal Pradesh are today witnessing scattered to heavy rain and light spells of snowfall in upper parts of Shimla.

It's snowing in #Himachal Pradesh pic.twitter.com/LAt1NVNh4i

Chamba and Kangra districts were reported to have received a good spell of rain at the time of writing.

The Meteorological Department, Shimla, has predicted snow and rain across the state on 23-24 January. However, thereafter, another dry spell has been predicted by the Met.

As per the meteorological department, the chances of snow or rain are scarce after these two days.

Until yesterday, the temperature in the State was recorded about 6 to 7 degree Celsius higher than the month of January usually witnessed in the past.

The popular cities like Shimla were staring at a dark future this year due to 100 percent dry spell since last November to this day. On the other hand, if post-monsoon rain deficit is considered, it has risen to alarming 46 percent.

Due to the dry spell, the forests of the State were burning due to frequent fires. The rain is likely to extinguish it.

During the previous week, over 100 incidents of forest fires were reported. The fires have destroyed a lot of flora and fauna.

The peak winter period is about to be over and the State had so far witnessed anomaly in temperature, which was reported have increased by five to six notches upto yesterday. Th

The maximum temperature in Shimla, which otherwise was famous for its bone-chilling winters, was reported to be about 20 Degrees Celsius – about 7 notches above the usual temperature during winters.

In case the state did not receive sufficient spell of rain/ snow during these two days, the two largest sources of income for the state agriculture and tourism will be hit hardest.

Earlier, when the pattern of weather was normal, the State used to receive three to four spells of snowfall by this time with the accumulation of upto 30 to 50 cms snow.

The water level is fast decreasing. The illegal as well legal boring throughout the State for commercial purposes is also adding to the woes related to the groundwater level.

The farmers were not able to plough their fields due to the paucity of rain or snow. The Rs. 3,000 crore apple industry is also not out of danger yet. The rain is likely to save the apple trees from burning due to pesticides.

The fresh or new plantation was also in danger. In Himachal, out total 12 states, eight districts namely Shimla, Kullu, Mandi and Kinnaur are the leading producers of apple, which are in dire need of snow.

Lack of required amount of moisture in the soil for germination of seed had created consternation among the farmers as their seed would have gone waste otherwise.

In Himachal, 70 percent cultivable area is dependent on rain. The farmers would be doomed if the god of rain remained penurious about the rain and snow.

The Chief Minister had yesterday called a review meeting of Irrigation and Public Health Department along with the concerned Minister Mahendar Singh Thakur.

So far, the state government was apprehensive about the possible drought-like situation. The government said the state might face acute shortage of water. The IPH department was advised to get ready to deal with the water-shortage in advance.

The water supply schemes could be affected leading to a shortage of drinking in all major towns. The IPH department has been asked to explore the possibilities of installing more hand-pumps and arrange for water tankers if needed.

The State government has also admitted that the jaundice outbreak threat does loom large in Shimla city as water sources are drying up. Several cases of jaundice were reported during the current month. The Shimla Municipal Corporation has advised people to boil water before use.

The farming community, fruit growers, and hospitality industry are expecting more snow and rain during next 24 hours.