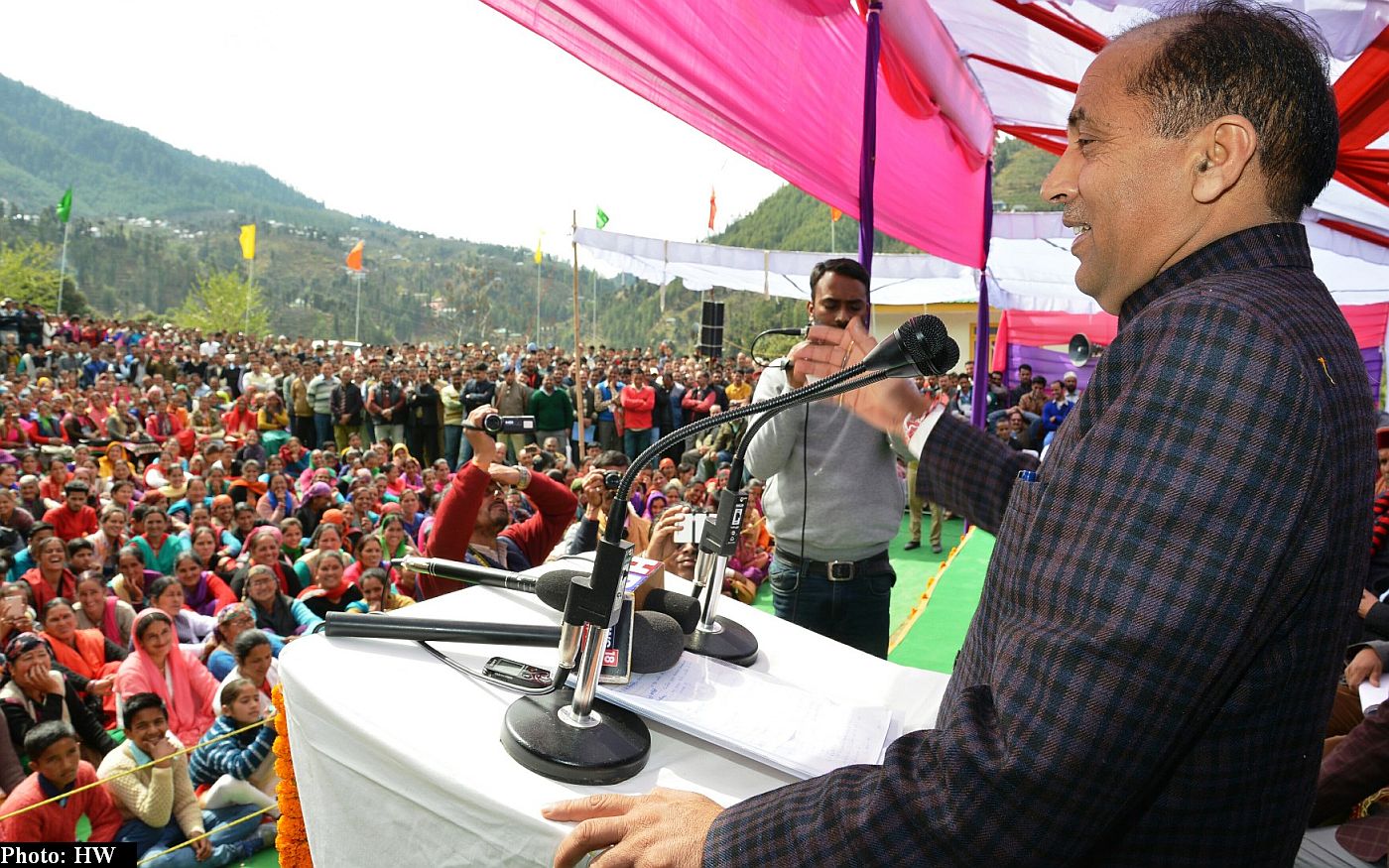 Chief Minister laid the foundation stone of civil hospital at Bagsiad to be completed with an outlay of Rs. 27 crores.

Shimla: The Chief Minister Jai Ram Thakur today on March 10, 2018, paid a visit to Seraj constituency in his home district Mandi where tension between the government and people regarding shifting of the SDM office to Thunag continues for over a month now.  He sanctioned funds for various road and other developmental projects for the constituency.

Thakur addressed a public meeting at Bagsaid in and showed concern over the situation and said he is deeply hurt and saddened by the unrest created by few of his fellow-friends in the name of SDM office at Janjehli.

He said the people must understand that the shifting of the SDM office to Thunag was done in compliance with a court order and not due to the government.

He said Jhanjeli and Thunag are equal and the people of both the regions are like his family. They are just misled, he added.

He invited the protesting people of the constituency to solve the issue amicably. Even the peace treaties between the countries were made after the worst wars.

Earlier, the Chief Minister laid the foundation stone of civil hospital at Bagsiad to be completed with an outlay of Rs. 27 crores.

Out of total road length in his constituency of 615 kilometres, 260 km length is un-mettalled, he said adding that a sum of Rs. 100 crore will be spent for tarring and metalling of 150 kilometres of road length in this fiscal.

He said the work on National Highway in his constituency will start soon on war-footings.  The Pandoh-Kanda road will be developed as major district road to be constructed under Central Road Fund (CRF), for which he announced a sum of Rs 26 crore.

The government is executing road projects worth Rs 68 crore under PMGSY and NABARD in the Seraj constituency, besides the additional sum of Rs 4.50 crore on the renovation of 45 kilometres road length.

Speaking over his first budget presented yesterday, he said that the state government has enhanced the number of days for providing employment under MNREGA from 100 to 120 days. The daily wages were increased to Rs. 225, the honorarium of water guards increased from Rs. 1700 to Rs. 2100 per month, and it has a proposal to provide an additional honorarium to Aanganwadi workers to the tune of Rs. 1750. Besides, the budget also proposes to raise the incentive to ASHA workers from Rs. 1000 to Rs. 1250, he said.

The government will amend the HP Religious Endowments and Temple Trust Act to earmark 15 percent of offerings in the temples towards construction, maintenance, and operation of Gau-Sadans.

Students, parents assault Superintendent for strictness against cheating in board exam