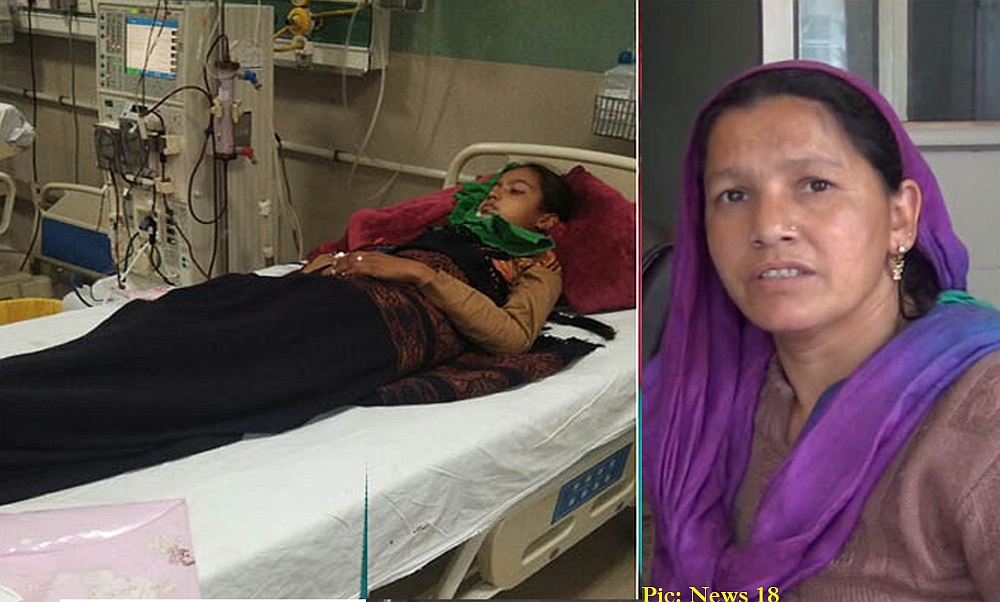 Shimla: Deepika, a 16-year-old girl of Darlaghat region of Himachal Pradesh’s Solan district, who was about to die after both of her kidneys failed, has finally seen a ray of hope. The mother, who is a widow, was helplessly watching her daughter dying on the hospital bed.

A resident of Kashlog panchayat in Solan, Deepika is admitted at the PGI, Chandigarh. The hospital had asked the parents to arrange a donor along with depositing Rs. 19 lakh for the kidney transplant.

Before approaching the PGI, she remained admitted to the Indira Gandhi Medical College, Shimla.

The mother, Sukhdai, came ahead as a donor. Despite having a donor, the widowed mother found herself unable to arrange this gigantic amount required for the transplant.

The call for help first appear on social media and made rounds of Facebook and WhatsApp before reaching the Hindi dailies. A couple of social organizations did extend monetary support, which proved to be insufficient.

Himachal Watcher also contacted the girl’s mother and talked to her about the status of monetary assistance from the government.

With the help of the local journalists, she was filing the required documents to complete the formality to get the monetary help from HP Chief Minister’s fund, she told Himachal Watcher today.

As per sources, a delegation of local journalists had also met the Chief Minister and apprised him of the situation.

It is pertinent to mention that the government was facing outrage on social media over the delay in taking cognizance of this critical issue related to life and death of a school-going girl. It was an opportunity for the new government to show commitment to its “Beti Bachao, Beti Padha’ campaign, and it should not lose it.

Moreover, a couple of days ago, all the elected members of the State Legislative Assembly were given new Samsung Galaxy Note 8, a laptop, and a printer. The estimated price of the Galaxy Note 8 is between Rs. 68,000 to 70,000.

The questions were being raised as to why the government spent over one lakh on each MLA while a girl dies of poverty.

So finally, as per sources,  the Chief Minister has immediately directed the hospital to prepare for the transplant process along with submitting the estimated cost of it.

Now, Deepika may soon get on her feet and join back her school.