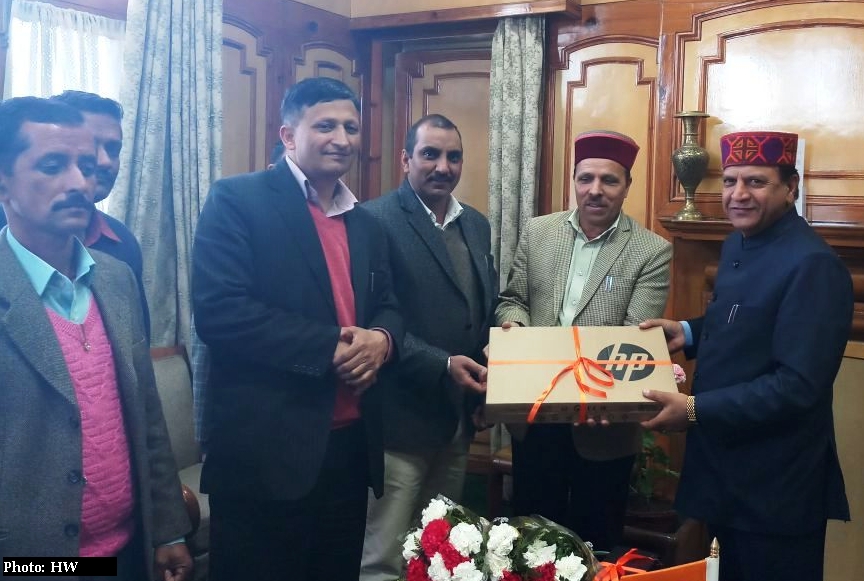 The government said that these gifts were given to the MLAs and ministers by the E-Vidhan wing of the HP Vidhan Sabha and will be used for official work.

Shimla: The Himachal Pradesh Government on March 16, 2018, gifted electronic devices including a Samsung Galaxy Note 8, which currently costs between 68,000 to 70,000 INR, a laptop, and a printer to all the elected members of the 13th Assembly including the council of ministers.

The average cost per MLA is estimated to be above one lakh INR. The total cost touches almost 1 crore INR. The Information and Technology Minister, Ram Lal Markanda, personally visited the Speaker Rajiv Bindal to deliver the gifts.

The news has attracted criticism from several groups, especially on social media and regional online news portals. The Bhartiya Janata Party has been opening scathing attacks on the previous Congress government over a debt of 46,000 crores INR.

Also, the state government did not take timely cognizance of the media reports about a 16-year-old poverty-stricken girl of Solan district who required lakhs of rupees to undergo a kidney transplant after she lost both of her own kidneys.

In the list of priorities, the gifts did come above the announcement of relief money to the girl.

Therefore, the reason for the criticism was quite apparent.

It is being speculated that some of the MLAs have even sold or handed their copies of devices to subordinate staff or family members as they already had high-end smartphones.

However, the government said that these gifts were given to the MLAs and ministers by the E-Vidhan wing of the HP Vidhan Sabha and will be used for official work  during the current government tenure.

The Speaker said, the MLAs and Ministers will be given training regarding the operation of these electronic devices.

The effect of this step will be visible directly or indirectly in coming days. The government’s explanation that these electronics were gifted as part of the E-Vidhan program will be visible if all the recipient make themselves available to the public online.

The average response rate to e-mails is critically low for the government departments and the offices of the ministers.