Shimla: The Board of Directors of HIMUDA, in its meeting held on today on March 27, 2018, approved grant of Additional Dearness (DA) allowance at the rate of three percent to the employees of HIMUDA with effect from July 1, 2017 and grant of eight percent interim relief with effect from January 1, 2016.

The Board has approved to raise a loan of Rs. 37.30 crore for acquisition of 664.00 Kanal land at Narghota in Dharamshala Tehsil of Kangra district from Andhra Bank on a government guarantee.

Approval has also been given for the development of 36 Cat-III plots at Shubhkhera (Paonta Sahib), construction of five booths at Sector-IV, five booth sites in Sector-V and 56 flats at Sector-III of Parwanoo.

The Board also approved a scheme for one-time settlement of lease amount by giving a rebate of 25 years in case the lease money is deposited in one go.

A nod was given to the construction of the commercial complex at Vikas Nagar, Near Petrol Pump Shimla, in which office accommodation will be provided to the various government departments and some commercial property.

Further, the Board has decided to fill up the post of Divisional Accountant amongst the Retired Accounts for a period of 6 months.

The information was given by the Urban Development, Housing & TCP Minister, Sarveen Chaudhary, who is also the- Chairperson of HIMUDA presided over the meeting. 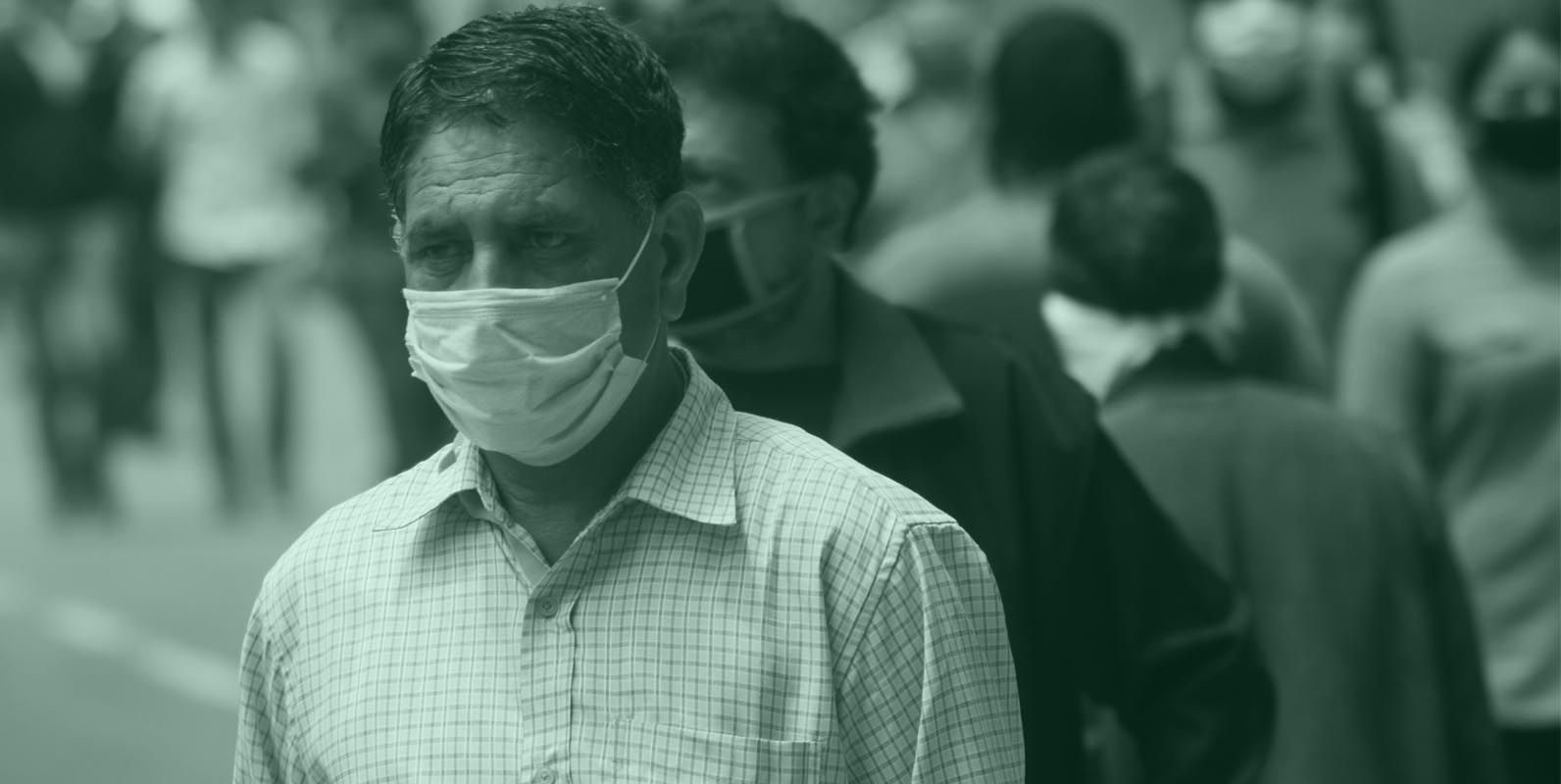 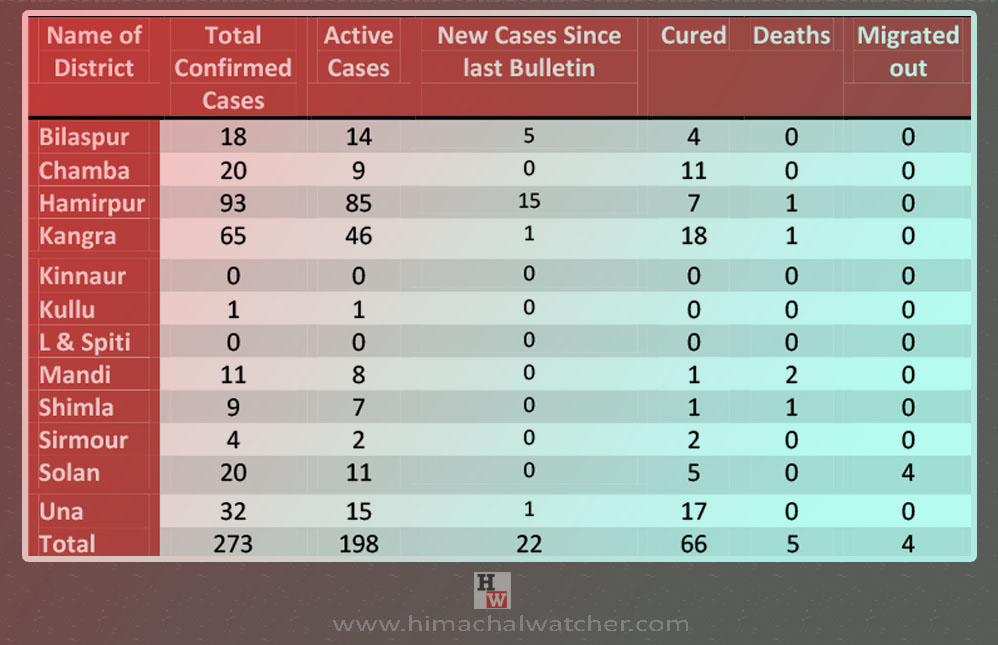 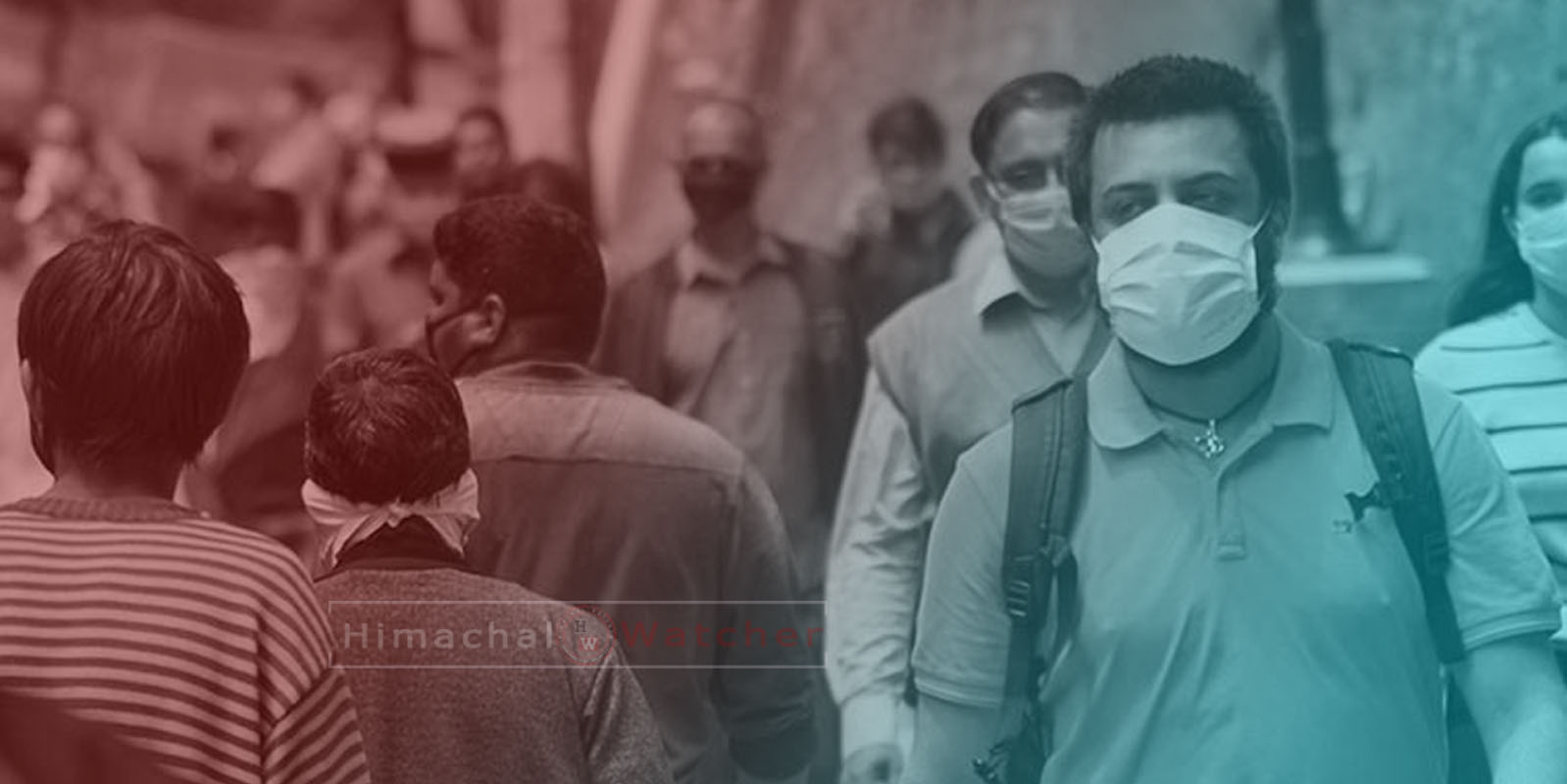 Shimla-Himachal Pradesh didn’t receive any respite from growing COVID-19 positive cases on May 26 too. According to the State Health Ministry’s daily COVID-19 bulletin, on May 26 (till 9:00 PM), 24 more persons tested positive in five districts. Yesterday, the State had reported 20 cases including a 7-month-old baby.

Hamirpur, the worst affected district in the State, reported highest 15 cases, taking the district’s COVID-19 tally to 78. Shimla and Kangra reported three cases each. Two tested positive in Chamba and one in Una district.  All patients in Hamirpur had returned from Thane in Maharashtra on May 24 and were under institutional quarantine. The Deputy Commissioner, Hamirpur, Harikesh Meena, confirmed the report. The patients would be shifted to COVID-19 care centres.

Shimla, which remained unaffected during three phases of the lockdown, reported three more cases including two from Chopal area and one from Rohru.  All three are returnees from Maharastra. The senior health official confirmed. Two of them were quarantined in Deha and one in a rest house in Rohru, which have been sealed. 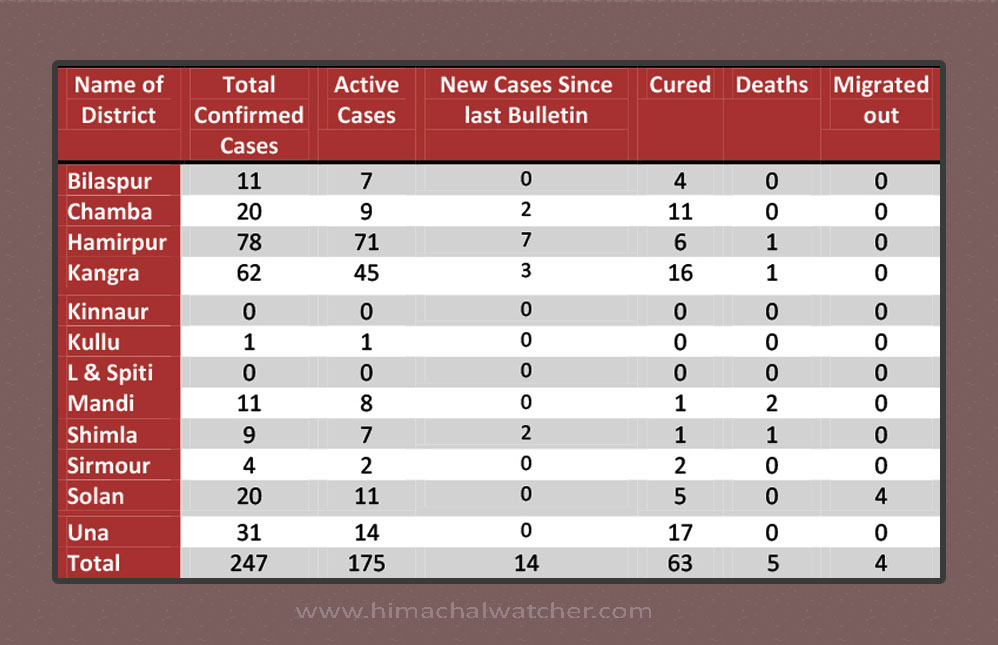 In Kangra, three members of a family – husband, wife, and their 7-year-old kid- tested positive. The family had returned from Gujrat on May 20. The DC, Kangra, Rakesh Prajapati, confirmed the report.

In Chamba district, two persons who had returned from Uttar Pradesh on May 20 in a cab, tested positive and were under institutional quarantine in Sarol.

According to the last official update from health ministry at 9:00 PM, the total has risen to 247, of which 175 are active. Of the total, 63 have recovered, five died, and four migrated outside the State. 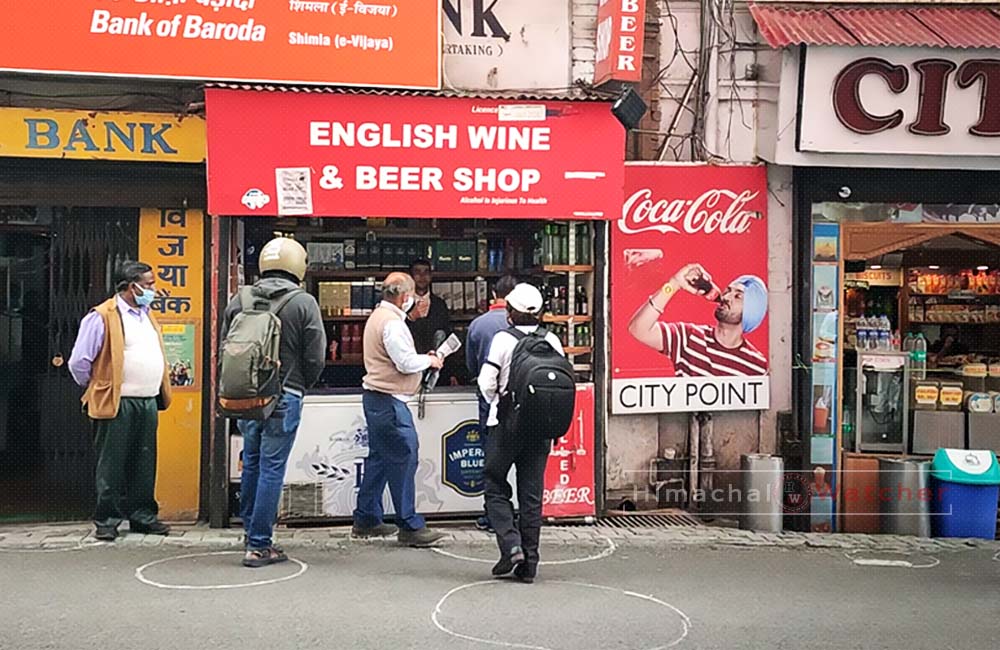 Shimla-Principal Secretary, Excise and Taxation Sanjay Kundu on today informed that despite lockdown and recession in economy due to COVID-19 pandemic in the State, left out retail liquor vends of Shimla, Nurpur, Kangra and Sirmaur zones have been sold for Rs. 35.52 crore today.

Sanjay Kundu said that against a total retail liquor vend business of Rs. 1190 crore, the Excise and Taxation Department have been able to sell the business for Rs. 1180 crore in the State.

We Might Have to Live With Coronavirus to Revive Economic Activities: CM Jairam