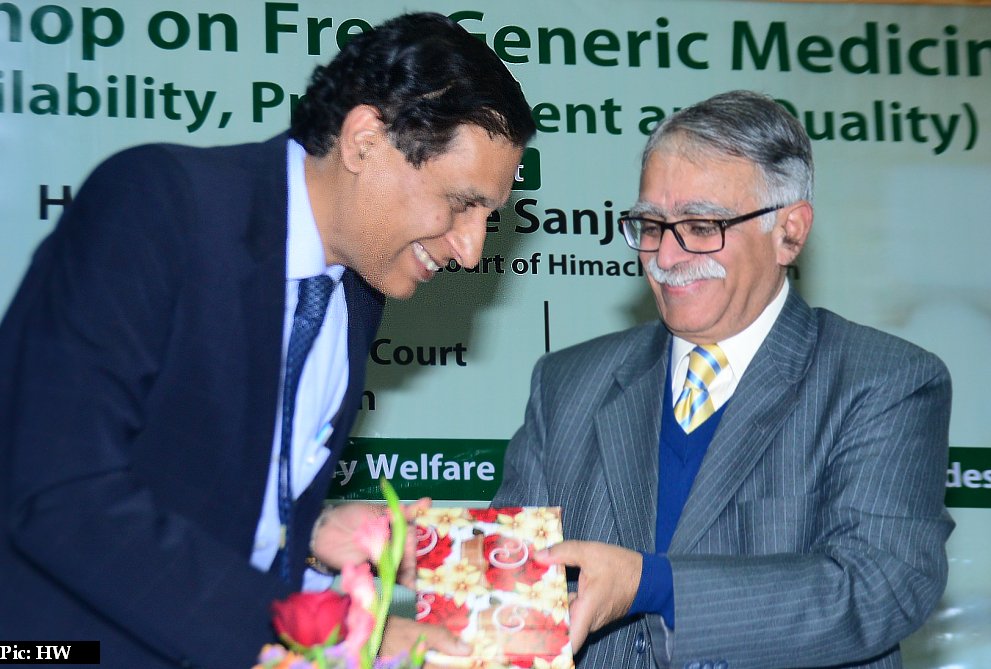 Justice Karol said that regulatory agencies had an important role to play in manufacturing and distribution of drugs and, therefore, they need to be honest in delivering them.

He stressed that people needed to be made aware about the generic medicines and all stakeholders should work actively in this direction.

Justice Karol said poor and needy patients should get the facility of complete medical treatment at Primary Health Centre level, however, it was a matter of concern that in most of the cases patients were referred to other hospitals

He said essential life-saving drugs should be made available in rural hospitals to facilitate the common man.

He said that there is a need for further improvement in 108 National Ambulance Service and extensive awareness campaigns to make people aware about various health programmes and schemes.

Currently, there are as many as 2083 operational health institutes in the state. The health indicators of the state are best in the country and the infant mortality rate has come down to 25 from 68, claimed Principal Secretary, Health Prabodh Saxena.

The state government is spending 44.3 percent on health expenditure of per person. He said six dialysis units have been established in the state and 10 cancer treatment units have also been made operational, he further informed.

Kangra: Miraculous escape for a family of 4 including 2 children

Rohru fire victims to get Rs 2.5 lakhs to construct houses, village to get a road: CM