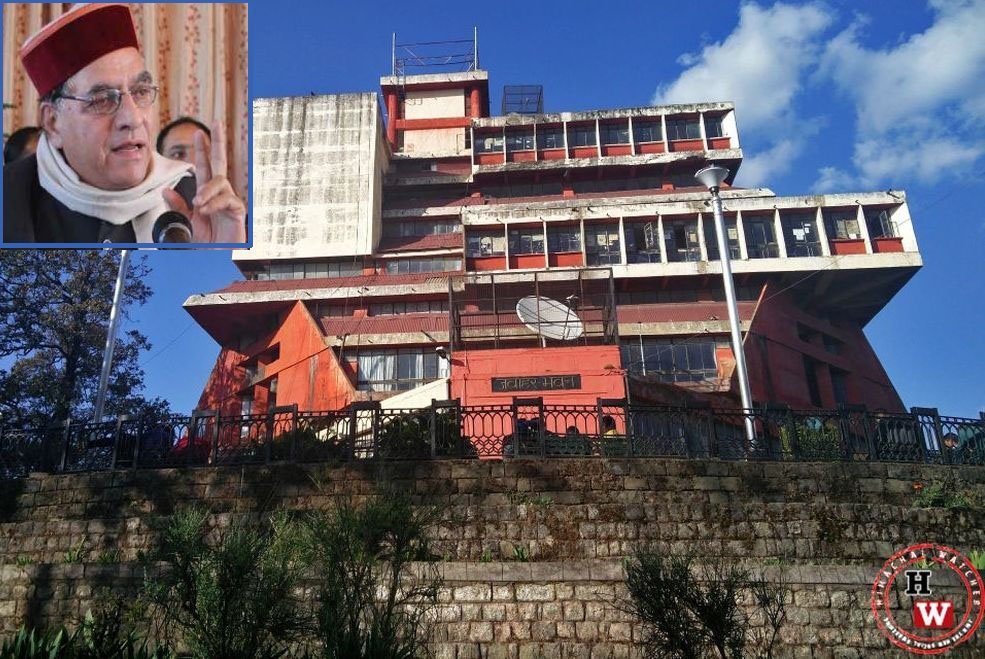 Shimla: Once again, unknown consequences haunt the students and faculty at the Himachal Pradesh University and affiliated colleges as the Education Minister Suresh Bhardwaj on June 7, 2018, announced a roll-back of semester system to restore the previous system of annual examination.

The teachers and majority of academicians are of the opinion that the varsity had almost settled with the semester system and the errors it had been making. Things were getting smoother with the passage of time. There was no need to shift from the semester system to the previous pattern, they believe.

The Minister supported this decision referring to the recommendations of the special committee the State government had formed to review the RUSA. Internal sources at the varsity and media persons suggested that the original report has warned of negative consequences of this decision. However, the Minister denied it at the conference.

The biggest concern is that the varsity would now be giving degrees under four different systems – according to previous marks based annual examination systems, the first version of RUSA implemented in 2013, the reformed version in agreement with norms of the University Grants Commission implemented in nationwide institutes in 2016, and under newly announced annual examination system.

The Minister was blank when asked how the varsity/faculty would deal with this mess of conducting examinations under four different patterns and then evaluating them.

He said the varsity would take care of it, and they’ll see how to do it.

Now, the varsity will have to prepare new syllabus just a week ahead of the admissions for the session 2018-19 beginning from June 15.

When the Minister was asked whether the date of the admission would be extended considering the new decision, he said it would be sorted out soon.

It implies the Minister did not do any homework prior to taking this decision.

When asked about the decision, some faculty members of the HPU and experienced educationists Himachal Watcher talked to believed there was no need to do so, and it was done in a haste once again.

Majority of the faculty and administration of HPU said the decision is more politically motivated than being in the interests of the students.

Further, the strongest reason that could be attributed to this decision was the mounting pressure from the Akhil Bhartiya Vidyarthi Parishad and the opposition as the Bhartiya Janta Party had made a promise to do so in its vision document released for the elections to the HP Legislative Assembly in 2017.

The Minister was heard repeating that it was a poll-promise of the BJP so the government had to fulfil it. However, he seems to be indifferent to the complexities of again shifting to an older version.

An experienced faculty member unofficially said the Minister or the Committee seems to have ignored the fact that situation was different at the time of its implementation in HP University and colleges affiliated to it back in 2013.

It was the mess created by faulty and haphazard implementation in Himachal in 2013 due to which RUSA had faced fierce protests from students and faculty. The teachers were over-burdened and had a little knowledge regarding the way a Choice Based Credit System works.

The results were late and full of errors as the faculty struggled to understand and assess grades under the new system. In 2016, 90 percent students were declared fail after the result was out. The varsity had to re-do it after the protests. The results were late during first two years and students even faced problem in enrolling at varsities in other states.

Himachal Watcher had also criticized the poor implementation and the inconvenience the students and faculty were facing due to it. However, RUSA system is not faulty in itself. It has the capacity to create higher education institutes at par with the international institutes if implemented wisely and in a transparent manner.

The State had implemented it haphazardly. The varsity did not possess sufficient infrastructure, facilities, and faculty for such a sudden shift from marks based annual examination system to RUSA’s Choice Based Credit System with semester wise exams.

Further, at a time when the centre decided to boost the budget allocation under Rashtriya Uchchatar Shiksha Abhiyan (RUSA) four times than it was in 2013 considering the visible reforms in the higher education, the Himachal Pradesh Government has decided to tamper with it.

By March 2016, a total of 115 Universities and 1218 colleges had been approved by RUSA Project Approval Body or infrastructure grants. These approvals were accorded to the proposals included in the respective State Higher Education Plans (SHEPs).

It attended to the discrimination India’s education institutes were facing as the government was more inclined towards spending on premier institutes like Indian Institute of Management and Indian Institutes of Technology. The other varsities were burdened with the responsibility to fetch funds through their own resources.

The fund releases were linked with performance and learning-teaching outcomes.

According to IIT Bombay’s independent performance review (of four years) of the scheme done in 2017, the funding linked to reforms has had a visible impact on higher education. The gross enrolment ratio (GER) was 19.4%, faculty vacancies were at 60%, and the teacher-student ratio was quite poor at 1:24 in 2013 when it was first introduced. In 2018, the GER was reported to be at 25.2%.

The faculty vacancies dropped to 35% as the States lifted the ban on faculty recruitment. The teacher-student ratio is now in better shape at 1:20.

Several universities in Karnataka, Rajasthan, Uttar Pradesh and Bihar have been right-sized, and critical governance reforms such as the formation of the SHEC and merit-based appointments of vice-chancellors in Odisha, Goa, Jharkhand and Tamil Nadu are visible,