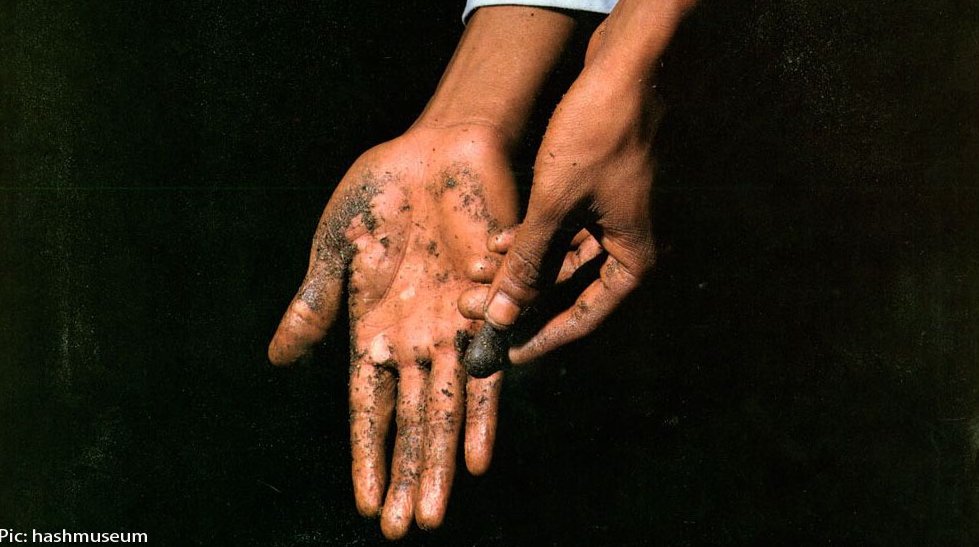 Shimla: Himachal Pradesh has turned into a major attraction for foreign tourists. Sadly, far more than its outstanding geography, people and culture, the tourist influx reveals a deadly narcotic nexus. An increasing number of localities are falling prey to this business and addiction.

In Himachal Pradesh, the growing narcotics menace has overwhelmed a large number of youths in Kullu, Manali, Mandi and Shimla. The narcotics trade is assuming a horrific shape in Kullu where large numbers of tourists, mostly Israelis, pour in every year. This has inspired local farmers to clandestinely cultivate illegal poppy or cannabis crops to earn quick bucks.

The number of cases registered under the Narcotic Drugs and Psychotropic Substances (NDPS) Act in Himachal Pradesh has more than tripled in last decade, the state government confirms.

A comprehensive destruction campaign against the cultivation of Opium Poppy was launched from 15-4-2018 in all the districts of the State especially in areas where such cultivation is reported.

The drive is being launched through the Panchayats for the destruction of cannabis crop is grown areas by the end of June 2018.

Giving details of the action plan being undertaken during the campaign, the Director General of Police, Sita Ram Mardi, informed that all revenue and forest officials, elected representatives of Panchayati Raj Bodies, and Urban Local Bodies are duty bound under section 47 of ND&PS Act, 1985 to inform police about the illegal cultivation of cannabis and opium-poppy in their respective area of jurisdiction.

They will give the information in writing to concerned SHO and to Superintendent of Police. The forest officials to patrol in their respective jurisdiction and report the illegal cultivation in their beat to the police.

Once illegal cultivation is detected, a joint campaign will be launched to destroy such cultivation by involving all stakeholders, enforcement agencies such as police, NCB, SNCB, CID and departments of Forests, Revenue, Panchayati Raj and Rural Development.

These agencies will submit a progress report on poppy, opium and cannabis destruction before August 15, 2018. All SPs will associate Mahila Mandals, Yuvak Mandals and other NGOs while conducting the destruction of opium poppy and cannabis crops.
Agriculture and Horticulture departments in coordination with Rural Development department jointly will submit a proposal to adopt alternative cash crops suitable for areas cultivating opium poppy and cannabis illegally.

Training module for Nodal training Officers of Education department to sensitize students on drug abuse will be prepared. During PTA and SMC meetings, parents of students will also be sensitized on this issue.

Counselling sessions are also being organized once in a week in educational institutions on drug abuse. It was also emphasized that surprised checking should be carried out randomly in and around the educational institutions to identify such students who indulge in drug abuse. The major objective of such counselling is to reach the supplier of drugs through students.

All shops/dhabas located near educational institutions be kept under strict surveillance and their inspection be carried out time to time and suspicious activities around these institutions will be informed to the police.

Public Relations Department will run a massive awareness programme through different methodologies including street plays on the ill effects of drug abuse. However, street play team of Ist IRBn Bangarh Una has already set into action.

The health department will share publicity material of drug abuse on 104 helplines with Education and Public Relations departments for its further dissemination among the public.

The State High Court would be convening next hearing in a petition filed regarding scopes of legalising cannabis cultivation after replacing the current species with hemp.

Hemp belongs to the cannabis family but the amount of psychoactive substance found in currently grown cannabis is almost negligible.

The genetically modified hemp will possess only .3 to 1 percent potency as compared to 3 to 4 found in the currently cultivated plant. Apparently, these plants will be of no use to the drug users.

The petition argues that while hemp could revolutionize rural economy due to its enormous scope in the manufacturing of as many as 25, 000 products including fibre and biofuel, it can also help eradicate the role of mafia.

The villagers who are indulged in illegal cultivation of cannabis for money would get employment, the petition argues.

In fact, the representatives of Bombay Hemp Company had in October 2017 called on Governor Acharya Devvrat at Rajbhawan and gave a presentation on utilizing Industrial Hemp as a strategic asset devoted to a reformation of agriculture and boosting its role in the economy alongwith uplifting socio-economic standards of local farmers.

A bench of Acting Chief Justice Sanjay Karol and Justice Ajay Mohan Goel had also asked the State and Centre government to provide its response.

However, the government is not taking any interest in this direction. Meanwhile, common people are still mistaking this legalisation petition as an attempt to legalise cannabis smoking, which is not the case here.

For more information, you can read this previous report published on Himachal Watcher.