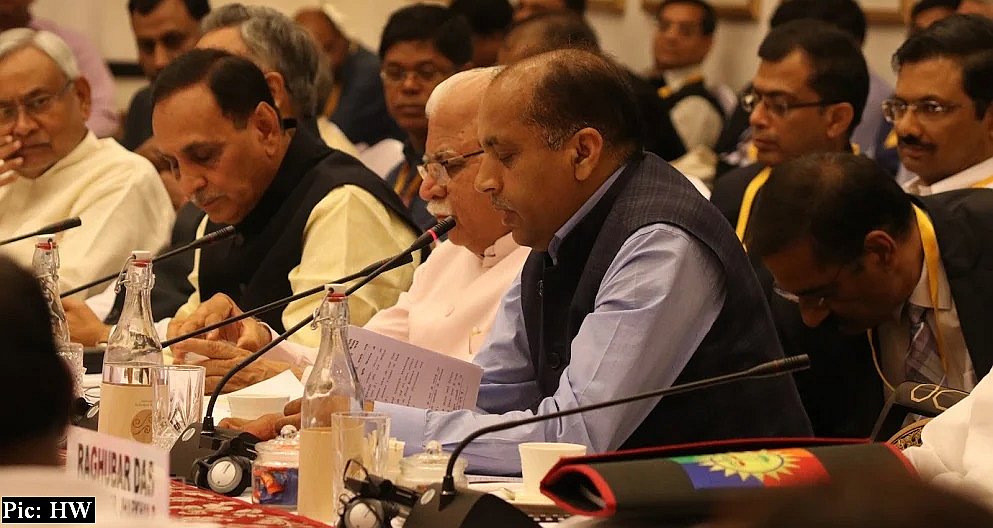 Shimla: A Central assistance of Rs. 343.12 crore for financial years 2015-16 and 2016-17 under Pradhanmantri Krishi Sinchai Yojna (PMKSY) is still pending. The Water Resources Ministry had given priority to 99 irrigation projects in 2016-17 under PMKSY for funding, however, no single scheme of Himachal was added in this list despite fulfilling all the conditions.

The state government had requested to add Rs. 156.31 crore and Rs. 204.51 crore for Medium Irrigation Projects of Nadaun and Finna Singh for funding under AIBP as they were fulfilling the conditions.

The State Government has been urging for an early release of pending funds under Pradhanmantri Krishi Sinchai Yojna and adding both the irrigation projects under the “99 priority projects list”.

The information was released by the State Government at the meeting of the Niti Aayog held by the Governing Council at New Delhi today.

The State government apprised the Union Government about the progress made under various schemes, programmes, and initiatives. This list included:

The government further said it would implement nine schemes in the current year for boosting the income of farmers.

The state government has also prepared a proposal for Water Conservation and Management with an estimated cost of Rs. 4751 crore for five districts which were facing water shortage for irrigation.

The government has taken up this matter with the Centre for funding through any external agency.

A target has been fixed to plant 10 lakh new saplings by the year 2022 to boost horticulture.

More than 10 lakh people have been benefitted through National Ambulance Service and the rate of institutional deliveries has increased from 50 to 80 percent.

Fund allocation for National Ambulance Service 108 which is a part of National Health Mission is being provided in the ratio of 20:80 (Centre and State).

The government has urged for funds assistance in the ratio of 90:10 keeping in view the tough geographical conditions of the state.

Chamba, Hamirpur, Solan, Shimla and Una districts were being covered under National Nutrition Mission. The government was yet to fill necessary posts for successful implementation of this programme.

As per the directions of the GOI, the state government will bear the financial burden of posts pertaining to headquarter level amounting to Rs. 21 crore.

District Chamba has been identified under Special Development Needs of Aspirational Districts and the district administration has prepared a three-year Action Plan for integrated development of the district. It has been submitted to the Centre Government.

The Direct Benefit Transfers worth Rs. 1067 crore were made under 34 schemes through Aadhar during the previous year, the government added.