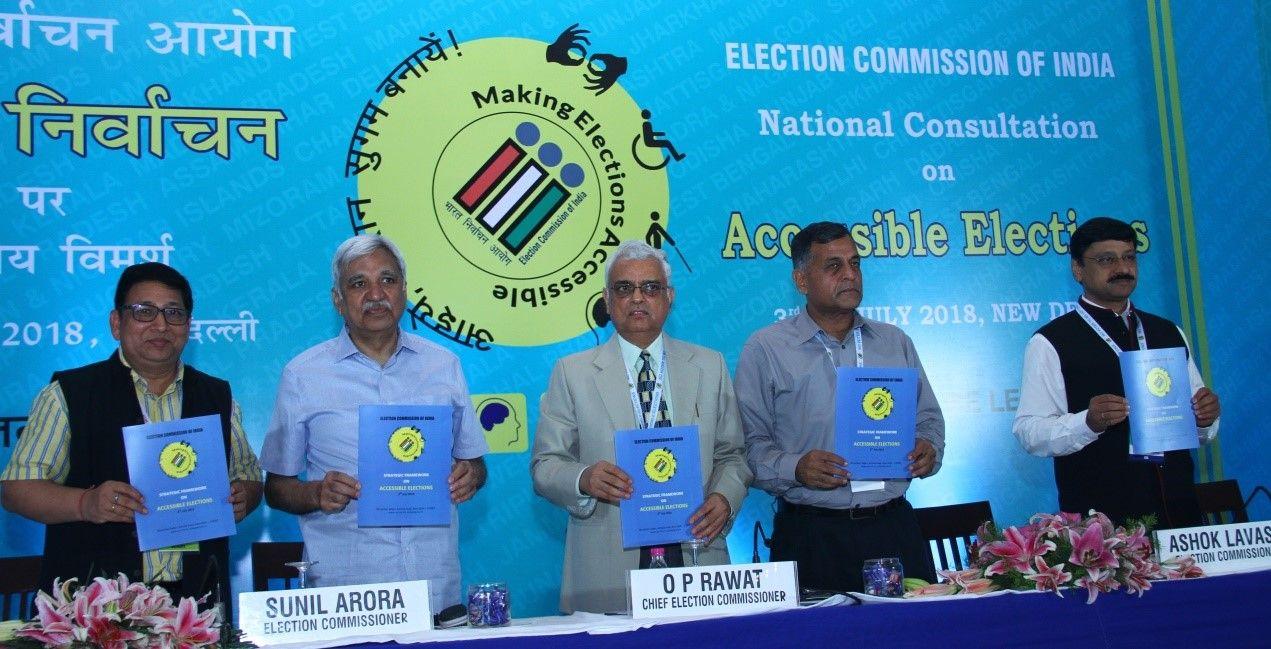 New Delhi: In India’s first National Level Consultations on Accessible Elections organized by the Election Commission of India (ECI) in New Delhi, several decisions have been taken regarding the strategy to enable 100 percent participation of the disables in the upcoming Lok Sabha Election.

Himachal Pradesh will launch a mobile app to facilitate disabled voters in the ensuing general elections. Ajai Srivastava, a member of HP State Committee on Electoral Literacy (SCEL) and Chairman of the non-profit organization Umang Foundation, said. He was representing Himachal as a disability expert.

It was the first national consultation on accessible elections in the country in which one disability expert from each State and Union Territories participated along with Chief Electoral Officers.

All educational, vocational, and professional institutions across the country will set up Electoral Literacy Clubs to include potential young voters in the electoral process.

The disabled students will also be included in these clubs. The State Election Department will appoint more disabled with achievements as Youth Icons.

They will motivate the disabled and other youth to exercise their right to vote for the betterment of the country.

In the next election, transportation facility would be made available to severely disabled voters for casting their vote.

The Election Commission will constitute committees at national, state, district, and assembly constituency levels to monitor the compliance of its directions. The purpose is that no voter to be left behind.

The Commission has decided to establish auxiliary polling stations for the People with Disabilities (PwDs) during elections.

Disability Coordinators would be appointed at the levels of Assembly Constituencies, Districts and States. He informed that a mobile app would be developed in-house for the PwDs to facilitate them participate fully in election processes.

For the use of the hearing impaired voters, sign language windows will be established in all audio-visual training and awareness contents of the Commission. A new unit called Accessible Division would be established in the ECI-run International Institute of Democracy and Electoral Management (IIDEM) in New Delhi.

Accessibility Master Trainers would also be employed to provide cascaded training for the welfare of the PwDs. A follow up of the actions taken based on the recommendations made during the National Consultations on Accessible Elections would take place in the next three months.

The Election Commissioner Sunil Arora in his address said,

We should go far beyond the bureaucratic measures to overcome the barriers. Technology has the capability to fill the gaps and it shall be explored to its fullest potential.

The Election Commissioner Ashok Lavasa remarked that the set of recommendations received from the Consultations will be examined thoroughly and efforts will be made to implement them in a time bound manner.

The deliberations held during the two-day consultation resulted in a comprehensive “Strategic Framework on Accessible Elections” to help in making electoral processes more accessible in the forthcoming State and Lok Sabha Elections.

Umang Foundation will help the Election Department to achieve the goal in HP,