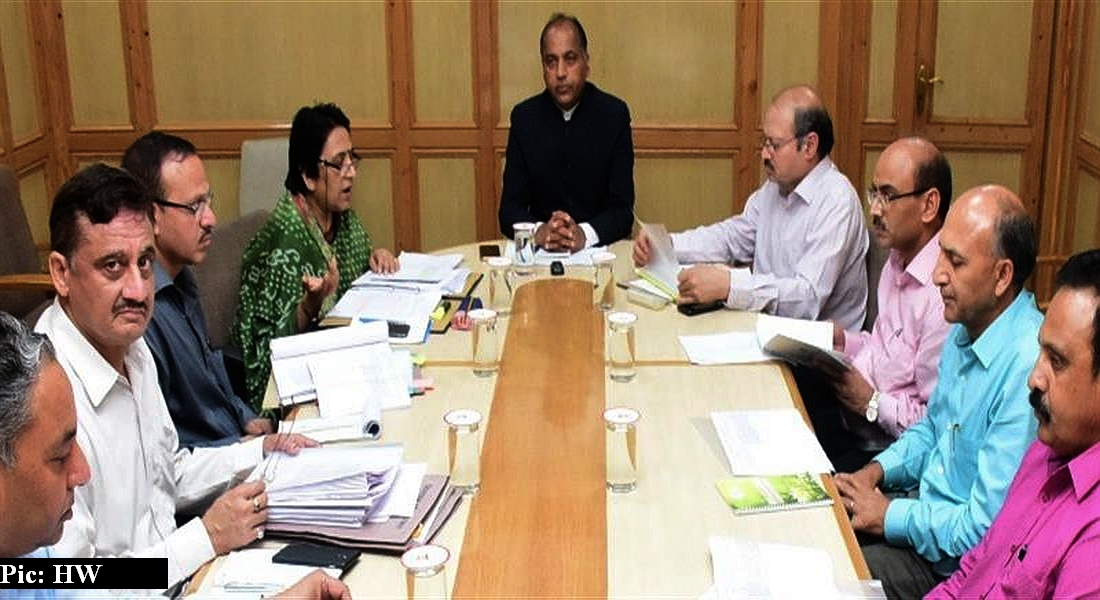 Shimla: The Himachal Pradesh Public Works Department is infamous for, perhaps, the poorest quality jobs and a deep slumber. The department has been facing allegations of nexus with private contractors.

The department’s alleged roles have been reported in several fatal road accidents including the most tragic of all –Nurpur accident in which 24 children and four others were killed as their school-bus fell down into a gorge from a black spot that also lacked any type of safety measures like parapet or crash barriers.

As per the Magisterial probe, a part of the road had caved which was not repaired on time. However, no action was taken against any official.

So far, no changes in the attitude and work culture of the department reported in the regime of new government.

However, today, the Chief Minister Jai Ram Thakur gave another assurance to check quality and progress of projects. He claimed that government would ensure quality in construction of roads, bridges and other government buildings in the State by evolving a mechanism for third party inspection.

It would be done by establishing an independent quality check squad in the Chief Minister Office, he claimed.

Automation of Public Works Department would be taken so that maximum use of information technology could be ensured for monitoring progress in ongoing projects,

Further, he claimed that the government would take serious note of any delay in completion of projects or compromising quality and would not hesitate in taking action against the erring contractors or executing agencies.

The government has also decided that except cement, the material approved would be arranged by the contractors. If the contractor would require any material, the same would be issued on proportionate market rates to be derived on the basis of agreement rates. No input tax credits etc. would be given to the contractors on the said material issued from the store, he said.

Contractors allowed to use muck for construction

The government has authorized the contractors to use the extracted muck material for construction purpose as per the satisfaction of the Engineer-in-charge.

The contractors would be allowed to use the crushers to crush the mucked extracted on the site of work for captive use on the awarded work,

These statements came during a meeting regarding implementation of GST and its impact on the Public Works Department on the works contract.

Two Shimla youth held with 19 grams Chitta, one held in Solan with 90 grams

Incentives to Himachali films under State’s own Film Policy: Govt