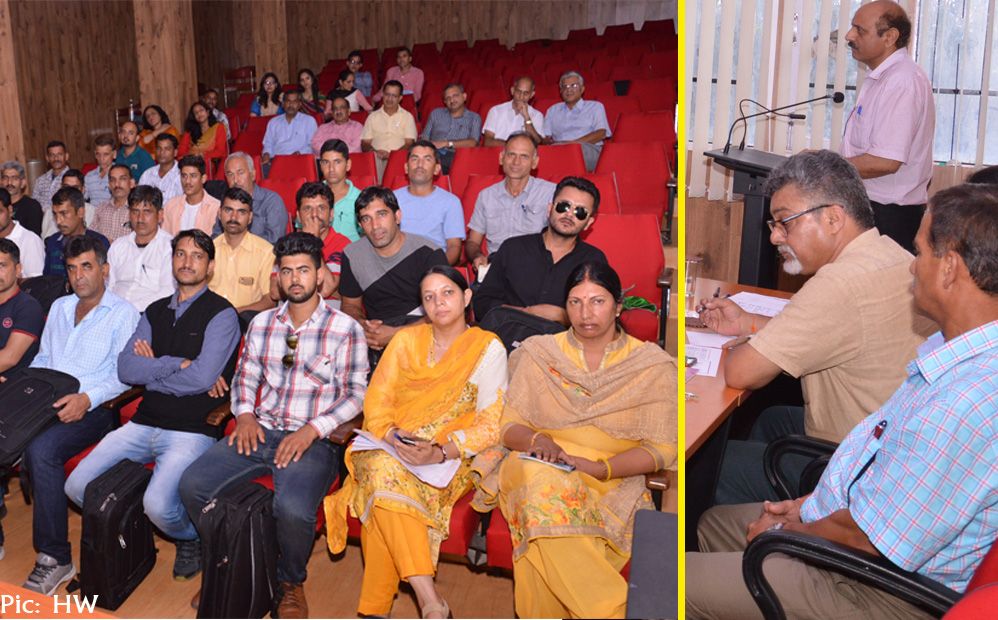 Solan: To give a fillip to beekeeping and queen bee rearing, and address the issue of low productivity in horticultural crops like apple in Himachal Pradesh, 31 experienced beekeepers from the state underwent a three-week training programme at the Dr YS Parmar University of Horticulture and Forestry (UHF), Nauni.

The training was organized by the UHF’s Department of Entomology under the Himachal Pradesh Horticulture Development Programme, informed Suchet Attri – the Public Relation Officer, UHF.

He said all the participants were experienced beekeepers having colonies of Apis Cerena or Apis Mellifera. They were given training on bee breeding with special reference on queen production. The beekeepers will now undertake artificial mass rearing and queen rearing from their best performing colonies.

The state experiences low productivity and disease instances in honeybees due to the improper queens used to raise new colonies. If the queens are raised from healthy and better performing colonies, the disease incidences will be less and the productivity will also be good,

He added that just like in agriculture and horticulture, good variety seeds and planting material is a prerequisite for a good crop. Similarly, in order to give a boost to beekeeping, a good-mated queen can be used by the beekeepers for raising new colonies and for sale to others. 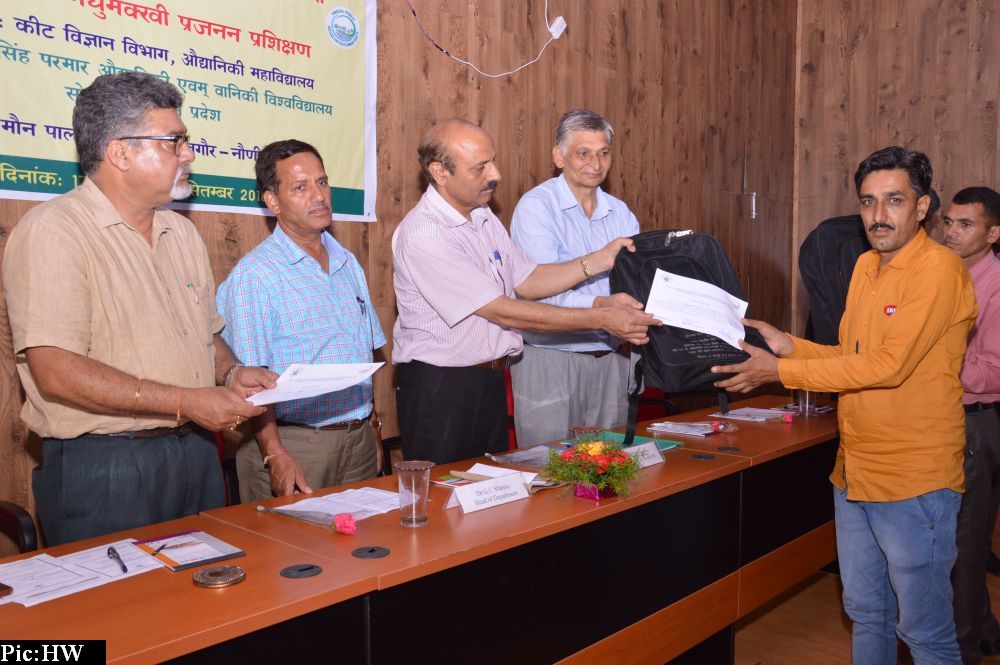 This will reduce the time for raising good quality and healthy colonies. After this three-week training, most of the beekeepers are eager to undertake queen rearing for themselves and a few are planning to take it up as an entrepreneurial activity by selling queens.

In his address on the final day of the training, Dr JN Sharma, UHF’s Director of Research discussed the vital role played by bees in pollination and in increasing the production and quality of various crops. He also called upon the beekeepers to transform the beekeeping industry in the state. Dr GC Sharma, Head Department of Entomology spoke on the pioneering role played by the department in this field as a result of which the ICAR had rated the All India Coordinated Research Project running at the university as the Best Research and Training Center.

He said that the country needs to have a concrete breeding programme with a centralized database so that the colonies data of all breeders can be made available in a specific portal for effective breeding.

Pollination plays a big role in the production of various horticulture and agricultural crops. The contribution of horticulture to the state economy is quite large and can be increased further. The production of fruits like apple, cherry, pear, strawberry, oilseeds and various vegetable crops are highly dependent on pollination. At present, there are around 80,000 colonies and 1,500 beekeepers in the state.

Various aspects of beekeeping including different castes and life history of honeybees, commercial queen rearing and its equipment, colony selection, climatic and forage conditions required for queen rearing, management of colonies and honey production, pollination requirement of commercial vegetable and horticultural crops and safety of pollinators from pesticides were taken up during the three-week programme.

The participants also got an opportunity to visit PAU Ludhiana and interact with the scientists.

RTI activist murdered in Himachal in broad daylight, had exposed a BPL fraud