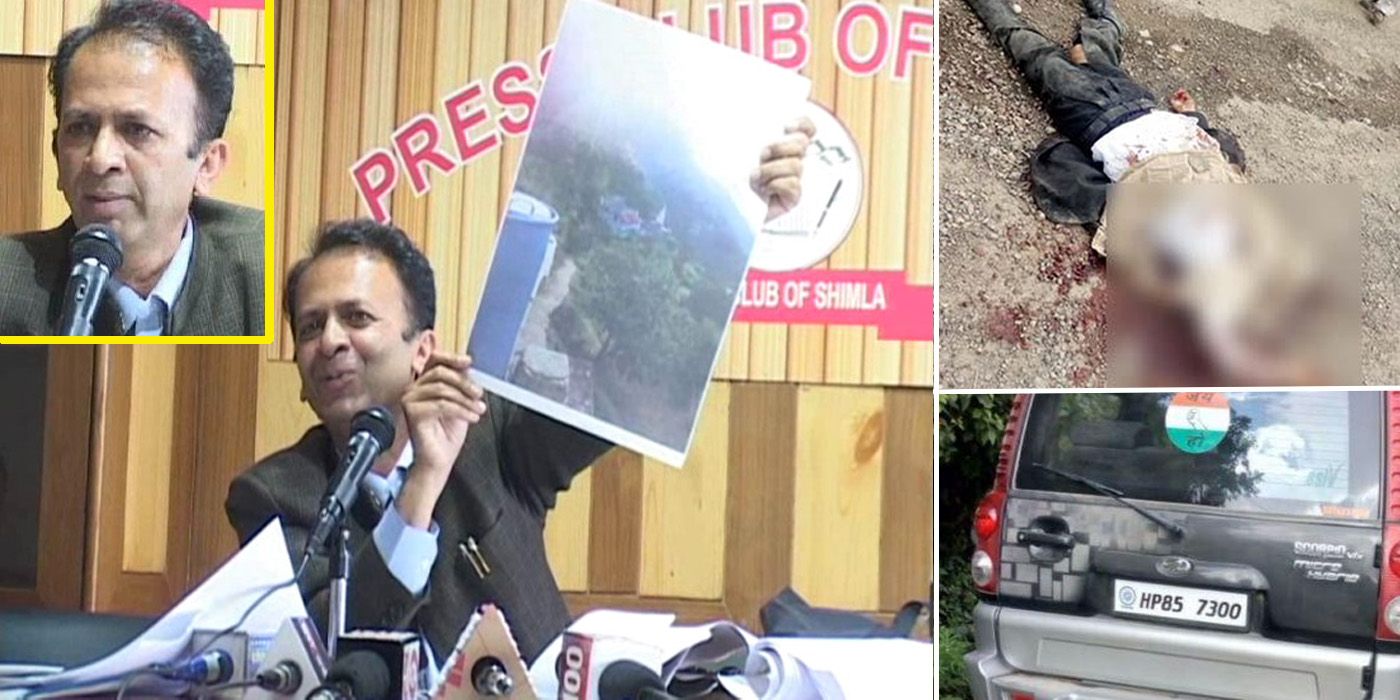 Sirmaur: In a spine-chilling case, Kedar Singh Jindan, an RTI activist from Shillai region of Sirmaur district, was allegedly murdered in broad daylight on Friday afternoon while he was on his way to home. Kedar was over-run by a Scorpio vehicle, which has been seized by the police.

Earlier, the police was considering the possibility of a road accident, but after recovering the car, it arrested two men identified as natives of Bakras panchayat and registered a case under Section 302 of the Indian Penal Code. The Superintendent of Police Rohit Malpani has confirmed filing of a case.

The police had sent the body to Shimla for a postmortem. Some reports suggested he was first beaten and then his head was crushed under the said SUV.

One of the accused Jai Prakash was identified as a member (up-Pradhan) of the Bakras gram panchayat while the second one was identified as Gopal. For now, the police is speculating that the killing was motivated by some previous grudges between the two parties.

Though the police has not confirmed the exact cause, the alleged murder could be related to a alleged BPL fraud Kedar had tried to highlight earlier in June this year.

Kedar Singh was not only an RTI activist but was also a social worker and SC/ST leader. He was an advocate by profession. He had been raising grievance of Scheduled Caste community from time to time.  In September 2016, Kedar was in news after he held a press conference without his clothes to highlight the poor quality of education being provided in government schools and the lack of facilities in them.

He had fought the last HP Assembly elections on BSP ticket.

On June 29, 2018, Kedar Singh had held a press conference at the Press Club, Shimla, and had exposed a fraud in the list of families living below poverty line (BPL). In the press conference, Kedar had claimed that an RTI application filed by him has revealed that about six well to do families in the Bakras panchayat having wealth worth crores were wrongfully registered under BPL.

He had alleged that by forging records using his position in the panchayat, Jai Prakash had managed to get government jobs for his family members in government jobs.

Watch Video of Press Conference Held in Shimla on June 29, 2018

Kedar had shown photographs of the bungalow worth over Rs 50 lakh, houses and three vehicles including a Scorpio which the family owned.

He had alleged that neither the previous government nor the current one had taken any sort of action to investigate the matter. He had come heavily upon the panchayat members and the government for unlawfully giving benefits meant for poverty-stricken families to wealthy families through corrupt means.

In the same conference, Kedar had told the media that he had made a complaint to the Anti-Corruption Bureau demanding an inquiry into this alleged fraud. He had demanded action against all culprits involved in issuing fake BPL certificates and officials who helped them get government jobs.

As per reports, Kedar had been attacked earlier on at least five occasions. More details are likely to arrive after the ongoing investigation.