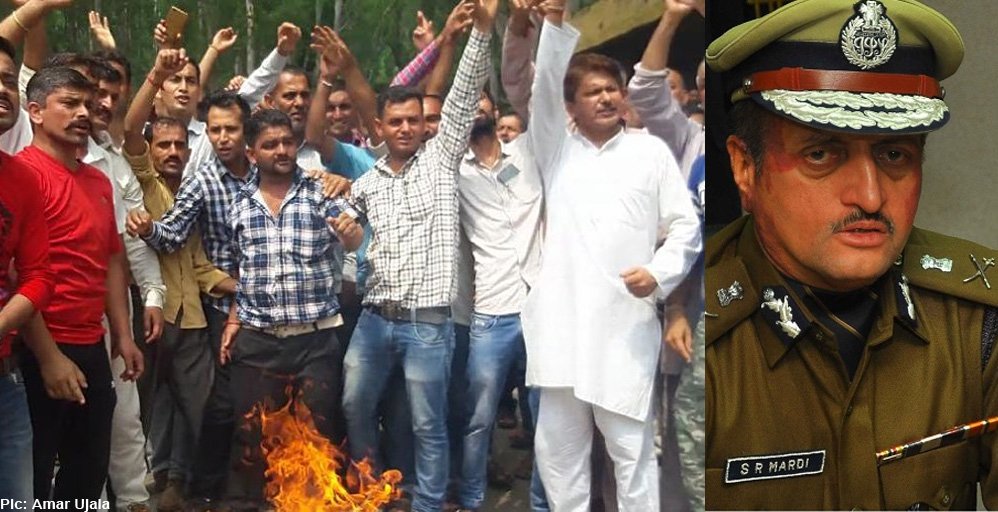 Sirmaur: The Additional Superintendent of Police, Nahan, Virender Singh, on Thursday confirmed that RTI activist and BSP leader Kedar Singh Jindan was brutally murdered on September 7, 2018. The police has received the autopsy report but was yet to receive reports of forensic tests and call details.

As per the ASP, the accused first contacted Jindan phonically and asked him to come down on the road.

On arrival, he was beaten badly. When he fell on the road after losing consciousness, Jaiprakash run over Jindan thrice and the face of the victim was completely crushed,

The Special Investigation Team formed to probe this case has also recovered the weapon (iron rod) used to assault him.

The SIT said it has solved the case and only a few small legal formalities remain to be completed. On Wednesday, accused were taken to the spot to recreate the scene. Though SIT did not confirm it, a Hindi daily said all three accused have confessed their crime.

So far, total three persons including the up-pradhan of panchayat Jaiprakash have been arrested. Third accused Karm Singh was arrested on Tuesday by the SIT. All three are on a police remand till September 17.

Protests in Support of Accused Continue

Despite confirmation by the police SIT regarding the murder, there appears to be a bid to spark casteist unrest by protestors. After Bakras, another protest was organized in Sataun region by locals in support of the accused. The protestors want the police to drop charges of murder under Section 302 against accused. They also burnt an effigy of the MLA, Theog, Rakesh Singha alleging him of inciting casteist propaganda over the killing of Jindan.

Further, these protestors are agitating against the inclusion of charges under the SC/ST Act in the FIR. Under this Act, the family of the victim is eligible for Rs. 8.25 lakh relief. The Education Minister Suresh Bhardwaj has already announced a relief of total Rs. 20 lakh, government job to Jindan’s wife, and free education to his children.

However, there is a resentment among the protesting group regarding this relief under the SC/ST Act. They are asking the police to drop the charges under this Act.

At the same time, this group is maintaining that Shillai is a peaceful place and people of all castes live in harmony, which doesn’t seem to be the case considering their support to the accused.

The case has provided an opportunity to fuel caste-based politics in the otherwise peaceful state. The protests in support of accused could create unrest among the SC/ST community.

Jindan Never Asked For Protection, He Had No Threat to Life: DGP

The Director-General of Police, HP, Sita Ram Mardi, on Wednesday told media that he never received any request for police protection from Jindan.

Jindan had met me in my Shimla office but never felt any threat to his life nor he demanded any security,

It’s pertinent to mention that the family of the victim had been maintaining that Jindan had sought police protection as he was receiving threats to life. It was alleged that despite request no protection was provided by police.

The police was facing scathing criticism over this matter.

No Words Regarding Alleged BPL Fraud Jindan Tried to Expose

Amid a large number of updates regarding the case, so far no comments are being made regarding the authenticity of allegations labelled by Jindan against up-pradhan Jaiprakash. These allegations appear to be the immediate regions for this murder.  On June 29 this year, Jindan had held a press conference at the Press Club of Shimla. He had alleged that Jai Prakash had facilitated registration of well to do families in the Below Poverty Line category. Using BPL certificates, these families had allegedly managed to obtain government jobs along with other benefits. He had produced pictures showing bungalow and vehicles owned by the family.

He had told media that information regarding this fraud was received through an RTI. However, the district administration, police, and the State government is silent regarding it.

Watch: Carelessness of Electricity Board almost sets a Shimla locality on fire